The Best Boxers In MMA: How Do These Fighters Compare? As the popularity of mixed martial arts continues to grow exponentially, fans of both boxing and MMA find new ways to argue the case for which is best. MMA is the ultimate combat sport; that is not up for debate.

However, the significance of boxing and its place in mixed martial arts cannot be discounted. The hallmark of a premier modern-day fighter is their ability to utilize a number of different techniques, which are borrowed from the fundamentals of various traditional combat sports. To discount just how important boxing is in MMA, therefore, is a dangerous game to play for any fighter.

Boxing is one of the fundamental components of MMA

The modern game demands that a fighter is proficient in demonstrating a seasoned skill-set. As boxing legend James Toney learned against MMA Hall-of-Famer Randy Couture in 2010, facing off against a high-level fighter in possession of all-around skills with nothing but fists is never a good idea in the UFC. Had Couture faced Toney under the Queensbury Rules, it is highly-likely that Toney would have taken him out just as quickly (one minute, as it happens).

Toney believed his superior boxing ability would be enough to offset any takedown attempt or striking attack from the former two-weight World Champion. It was a valuable lesson – not just for Toney – but for a number of other boxers with big ideas.

There is always an exception to the rule, however, as evidenced by Ray Mercer’s stunning knockout of former UFC Heavyweight Champion Tim Sylvia. Boxing fans had the bragging rights one year prior to the Couture/Toney bout but were abruptly silenced by the simplicity demonstrated by Couture in completely nullifying Toney. This example is often cited by MMA fans as one of the reasons why boxing has no place in the sport. That is grossly untrue, however, as any genuine mixed martial artist, coach, or pundit will tell you.

So, in the modern game, where can we find evidence of sharpened boxing skills being enough to influence fights on the big stage? Well, there are plenty of examples. By looking at the best exponents of the sweet science, things do tend to become clearer in this regard. Garbrandt may have lost his UFC bantamweight title to arch-rival TJ Dillashaw, but it seems likely that he will be among the future superstars of MMA. Much of this is down to his fast hands, slick movement and impressive boxing skills. This is perhaps best evidenced against Dominick Cruz in his upset victory over the former champion in 2016. Cruz, who is a master of evasive defense and exceptional footwork, was completely nullified and frustrated by Garbrandt throughout the fight.

Cruz was prepared for a fight where Garbrandt would rely on his speed by chasing him around the cage. As Cruz had previously shown against other fighters (for example, TJ Dillashaw), he works best on the back foot, employing lateral movement in other to invite an opponent into an attack before slipping and resetting. Garbrandt had other ideas, however.

“No Love” did not charge forward, demonstrating fight IQ contrary to what Cruz had anticipated, pulling back which forced Cruz to move forward and outside his familiar zone. This meant that Cruz would have to overextend and fight in the pocket – something which completely changed his attitude to his game plan. Cruz was now open to counters, which the fast-handed Garbrandt managed to capitalize on.

Garbrandt’s excellent head movement and timing of shots definitely make him one of the best boxers in MMA, and this fight more than proved it. 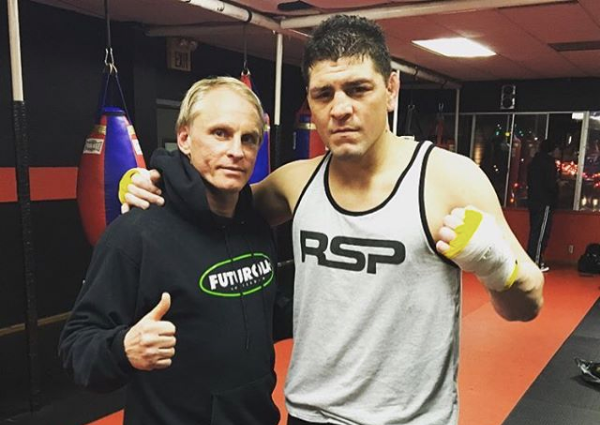 The former Strikeforce welterweight champion has a modest professional boxing record of 1-0 and is the self-appointed best boxer in MMA. This is certainly debatable, but that does not take anything away from his boxing abilities. Diaz’s style relies on heavy pressure and high-volume, which looks to overawe an opponent.

Diaz’s technique – which was heavily influenced by his tutelage under former WBA Bantamweight and WBC Featherweight champion, Filipino Luisito Espinosa – is pretty unorthodox, especially in MMA. Diaz’s cardio is incredible and allows for a high-octane attack which is sustained throughout a fight.

In terms of his shape, we can see a heavy emphasis on the lead leg, which is effectively a modern-day boxing stance. The only difference with Diaz is that he keeps his hands down and goads his opponent into striking by keeping his head centered, down and (in the case of his bout with BJ Penn) close in range. While Diaz has an incredible chin, this style of fighting – despite being heavily influenced by a boxer – would be dangerous in the ring.

It is also high-risk inside the octagon, given the fact that a high-level Muay Thai fighter could inflict serious damage on the lead leg. Think Rory MacDonald and Benson Henderson’s respective kick and punch attacks on Nate Diaz. Despite this, Nick Diaz is still one of the better examples of high-grade boxing skills in MMA. Training with boxing living-legend Andre Ward didn’t hurt either. 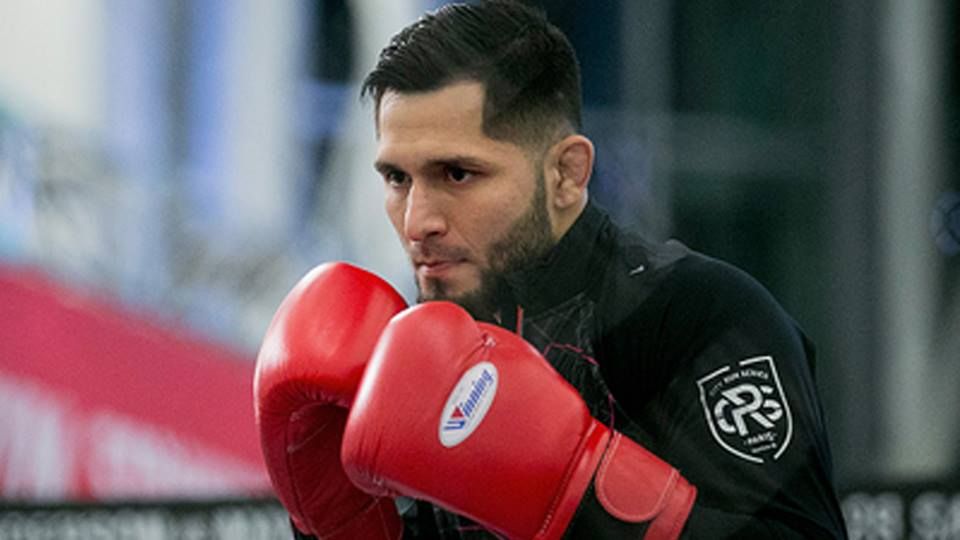 Jorge Masvidal is perhaps the most interesting boxer in MMA. His striking skills are underrated by many. As we are focusing exclusively on his boxing, however, it is nothing less than a pleasure to break down where he excels in this regard.

With Masvidal, his understanding of boxing rudiments makes him a force to be reckoned with on the feet. Everything Masvidal works from comes off his piston of a lead hand; his jab – like any slick boxer – is the subtle key which opens the door to the big scores and finishing opportunities. Masvidal utilizes his jab from a steady but easy orthodox stance. He is far from predictable, too, as his fight with Al Iaquinta at lightweight showed us.

In the bout against Iaquinta, Masvidal took his time measuring the distance from the typical assault of his opponent. Having figured out Iaquinta’s style, he adapted his own approach, landing strikes from clever angles and closing distance with significant strikes, having kept Iaquinta moving to where he wanted with his lead hand. While his posture and guard are both often high, his anticipation and ability to successfully counter shows he is far from a one-trick pony.

You will also notice the variety to the punches Masvidal throws. There is no discernible pattern, for the most part, and his countering ability means that he can land punches from all angles. His technique when setting up a flurry of punches once he has closed the distance is also admirable. Masvidal, similarly to Gennady Golovkin, looks to break an opponent down rather than overextend or plant from outside the zone.

Anderson Silva – Unorthodox and with a ridiculous fight IQ, which was evident in his boxing, Silva had the smarts and speed to land excellent punches from all angles, including exceptional footwork.

Gegard Mousasi – A very smart boxer with excellent cage-cutting skills. Adaptive to many styles, and adept at landing counter punches from a high guard.

Conor McGregor – Although McGregor’s Karate stance seemed incompatible with a traditional boxing style, his anticipation, speed and countering abilities are excellent. What’s more, the Irishman has a ferocious left hand.