The Best Boxing Techniques For MMA 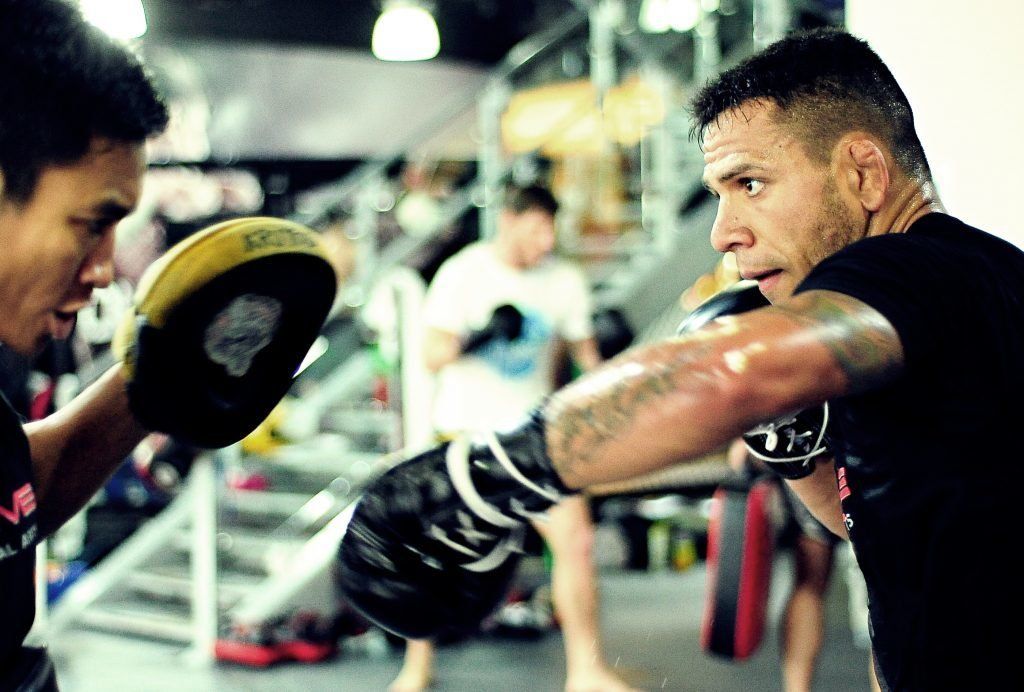 Boxing Evolve Vacation Thursday
Like Us On Facebook
Boxing and Mixed Martial Arts (MMA) are undoubtedly two very different combat sports and fighting systems. To completely adopt a traditional boxing stance, or rely only on boxing as a fighter in the sport of MMA, would definitely not be the best approach. It would make you susceptible to takedowns, elbows, and most of all, those paralyzing Muay Thai legs kicks; which are arguably a boxer’s greatest weakness in the cage.

However, that doesn’t mean that the techniques and concepts used heavily in the sweet science can’t be beneficial in the sport of MMA. As fighters like former UFC Champions Georges St. Pierre and Junior Dos Santos have shown, a simple, well-executed jab can make all the difference – even against some of the best the sport has to offer.

And in more recent years, fighters like two-weight UFC Champion Conor McGregor and UFC stars Doo Ho Choi, Nate Diaz, and many more have shown that excellent boxing knowledge, can many times, give a fighter a significant advantage over an opponent. They prove that boxing can effectively break their opponents down shot by shot and ultimately, finish them off.

Why Should MMA Fighters Work On Improving Their Boxing?

While the sport of MMA is less limited as a fighting system compared to boxing (allowing for takedowns, kicks, knees, elbows, submissions, and lesser limitations in the clinch), the majority of the finishes in MMA occur due to strikes. And of all those finishes from strikes, most of them come by way of punches.

Being well-versed in boxing techniques can not only improve your ability to punch harder, faster, and transition between different upper and lower body strikes better, it can also help improve your ability to land a punch, counter-attack, or even avoid strikes altogether. And while many MMA fighters may not care for the sweet science, none of them can deny that boxing can indeed improve a fighter’s reflexes, reaction time, and overall athleticism.

There are countless other reasons why boxing techniques can be beneficial in the complex sport of MMA but the reasons stated above should be enough to convince any MMA fighter to invest at least a small portion of their training in the sweet science of boxing.

Let’s start with one of the most under-utilized yet effective techniques not just in MMA, but also in boxing itself. Its under-utilization is most likely due to the risk and difficulty involved in pulling it off. We’re speaking of course, of the pull counter.

While this technique had existed in boxing long before the sport was ever televised, it was first made famous by Muhammad Ali during his prime in the 60s and late 70s. Soon after, legendary boxers like Sugar Ray Leonard, Roy Jones Jr., and many others started to utilize this technique as well. But it wasn’t till the late 90s and 2000s that fans were able to see the technique executed to near perfection; courtesy of the one and only Floyd Mayweather Jr.

The most notable MMA fighter who has made a career out of this incredible technique is Conor McGregor. McGregor is known for his signature straight left cross, but it is the pull counter technique he uses to plant that crushing left that makes it all the more devastating. This can be seen in almost all of the Irishman’s fights; from his battles against Nate Diaz to his most recent performance against Eddie Alvarez.

While this technique is most commonly used to counter an opponent’s jab or cross, it can also be used against any upper body strike. The key to pulling off this simple yet difficult technique is a combination of good head movement, footwork and most importantly, timing. A good way to begin training this technique is to watch videos on how fighters like Mayweather or McGregor perform it. Next, spend a lot of time drilling this technique with a partner. After gaining confidence in your reaction and comfortability in executing the technique, start practicing it during your sparring sessions.

Note: You can have your partner put on focus mitts or gloves for the drill. Practice the drill slowly first, mimicking the movements made by fighters like Mayweather or McGregor. Take note of the footwork, head and upper body movements, and perfect timing required to land this technique.

Any boxer who has received a sharp, concentrated impact of a closed fist to the side of the body under the rib cage can testify to how terribly painful it can be. Yet, not many MMA fighters use it when the opportunity arises. And while a well-executed knee or kick to the abdomen area can produce the same effect or perhaps even more – a clean hook to the body is probably the quickest and least risky way to break down an opponent down the same way; especially if you’re intending to incorporate it into a series of strikes.

The effectiveness of a liver shot goes beyond just the pain it inflicts; the shock the liver receives causes a sudden drop in overall blood pressure as the organ also happens to be the center of blood circulation. This causes the victim to go breathless and lose focus as the body gets into a supine position (lying flat on the back) to maintain blood flow to the brain.

Begin first by practicing the technique in front of the mirror. Then, move on to practicing it on the heavy bag, with a mitt and body pad holder, or lightly in sparring. Once you’ve gotten used to the movement of the shot, start adding it to your combinations. Your aim is to hide the liver shot behind other strikes so that the technique is as unexpected as possible.

Tip: Liver shots are usually thrown when feinting an opponent to lead with his right as this leaves the body of the opponent open for the shot. Also, the technique is usually thrown as a hook-uppercut hybrid – aiming the impact of the punch at the right side of the ribcage, inwards and slightly upwards at the same time.

Pivoting and stance switching is a technique found in most striking-based martial arts, but none compares to the sweet science’s version of it. This is because the switch and pivot technique can be integrated comfortably into a boxer’s overall footwork; allowing the boxer to use it even in the midst of attacking, defending, pressuring forward, or moving backwards. The fact that the switch and pivot is used as both an offensive and defensive technique makes it all the more appropriate for MMA.

The most significant advantage of this technique is the variety of angles for attacking it provides the user while almost completely eliminating the risk of getting hit as well. This is because the technique places a fighter out of his/her opponent’s center of attack and at the same time, aligns the fighter’s own center of attack with the opponent’s most vulnerable spots. It also allows for quicker and more elusive movement, which improves a fighter’s overall defense and counterattacking ability.

The legendary boxer Willie Pep was one of the first to introduce the world to the concept of this technique. But the boxer best known for his use of this technique to near perfection is two-time Olympic Gold Medalist and Boxing World Champion Vasyl Lomachenko. This technique has also proven itself to be more than effective in the world of MMA thanks to likes of former UFC Bantamweight Champions Dominick Cruz and TJ Dillashaw.

To learn more about the execution of this technique, check out our article on switching stances.

While boxing techniques that require head movement like bobbing and weaving are usually avoided in MMA because of the threat of knees and kicks, the slip remains safe and effective to use. Much like the pull counter, the slip counter requires a combination of good reaction time, head movement, and footwork.

But unlike the pull counter, the slip counter requires the fighter to turn the hips and shift the position of the head and upper body to the side just enough to avoid an incoming punch. And because of the position and angle provided by a successful slip, the counter punch that follows is able to generate a lot more power and impact than the pull counter.

Lucas Matthysse stuns Mike Dallas Jr. with a beautiful slip counter before knocking him out with a short left hook

To practice this technique, have your partner put on focus mitts or gloves to drill the movements slowly. Be sure to keep the gap between the head and the slipped punch as minimal as possible; this will allow you to land a counter punch more effectively. Once you’ve gained confidence in your reaction and comfortability in executing the technique, start practicing it during your sparring sessions.