There are a number of important aspects to consider when entering a fight or in the early stages of your fighting career. One of the most important questions you will have to ask yourself is — what kind of a fighter am I?

The answer to that question will depend on things such as your physicality, athleticism, and temperament.

For example, if you are tall with long arms and aren’t too keen on taking too much damage, its recommended you get used to playing the long game and keeping your opponent at bay so you don’t get dragged into unnecessary wars. Similarly, if you are a short stocky fighter, the opposite will be your best bet as there is no point in trying to play the long game with a fighter with a longer reach.

The key is to work to your strengths: if you’re short and stocky, fighting like Mike Tyson is probably your best bet, rushing like a bull by way of the Dempsey Roll and gazelle punches to get inside. If you are the taller fighter with a longer reach, things work differently. In Muay Thai, your style will almost always be congruent with your build. A Muay Femur (technician) will suit the more athletic and sharper-shooting fighters while a Muay Khao (knee fighter) is often taller and stronger.

Being the outside fighter is all about controlling range and maintaining distance so that you can use your greater reach to your advantage. Always remember that your opponent has likely factored this into his game plan, and is going to do everything in his power to take your weapons away from you. This makes it important for you to know how to react when your shots are slipped and your opponent is moving in for the kill.

For boxing, nothing controls range better than a nice sharp jab. Don’t be afraid to double and triple up on it and follow through with a combo to let your opponent know who’s in charge. In Muay Thai, the teep is your primary range controller and should be used anytime you feel your opponent is getting too close for comfort. It is sensible for the longer fighter to stick to low teeps to avoid the possibility of having your leg caught and getting swept.

Throwing out constant jabs and teeps will keep your opponent guessing and will disturb his rhythm, allowing you to control the pace of the fight. When you fire out a teep, you aren’t obliged to return your foot to the same spot, it is sometimes sensible to land elsewhere so you can pivot off the foot and get away from the danger zone.

The long guard is more commonly used in Muay Thai, but many great boxers such as George Foreman have also used it to great effect. Using the long guard has two primary benefits. Benefit one is you can use your lead hand to obscure your opponent’s vision, which can frustrate and cause him to second-guess himself. This is a crafty tactic for people with long arms.

The second benefit of the long guard is it acts as a shield, giving you the ability to use your forearm and shoulder to deflect while keeping your hands free to parry. In Muay Thai, the long guard is also a great way to set up a forward step to land a nice elbow to your opponent’s face, or you can step and twist with your rear elbow for extra leverage. Either way, it should be done as an in and out tactic so your range isn’t jeopardized for long. 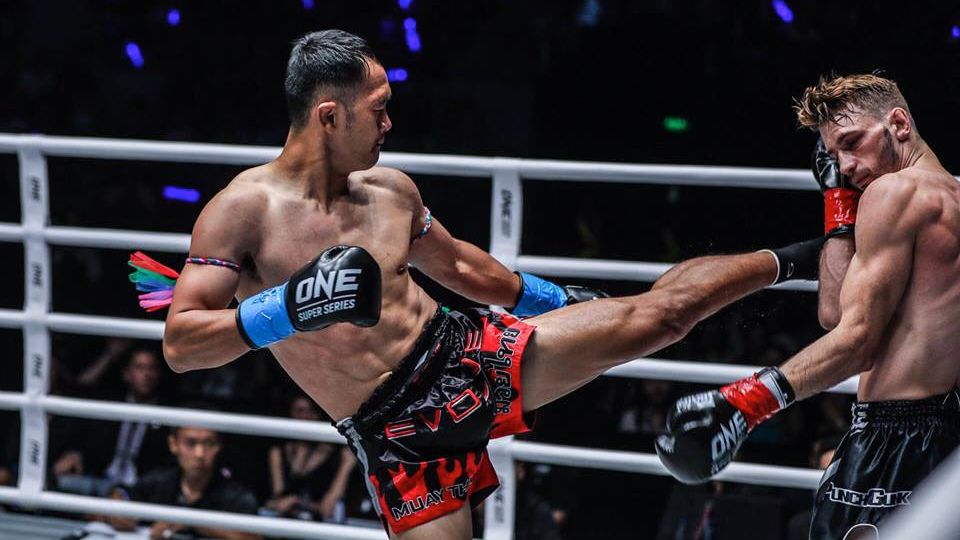 Do not allow your opponent the luxury of striking forward. Use angles to your advantage. If you’re not in front of him, it will be harder for the opponent to land the money shots. Take a side step so you’re at a 45-degree angle before you throw, then continue the same direction (away from his power hand) as you evade.

Lateral movement and evasive maneuvers are very important for the outside fighter, as you will often be dealing with aggressive inside fighters. Don’t make your opponent’s job easy by only moving forward and backward as you will soon end up on the ropes, taking unnecessary damage, and ground given up may be harder to get back if it goes to the judges’ scorecards. 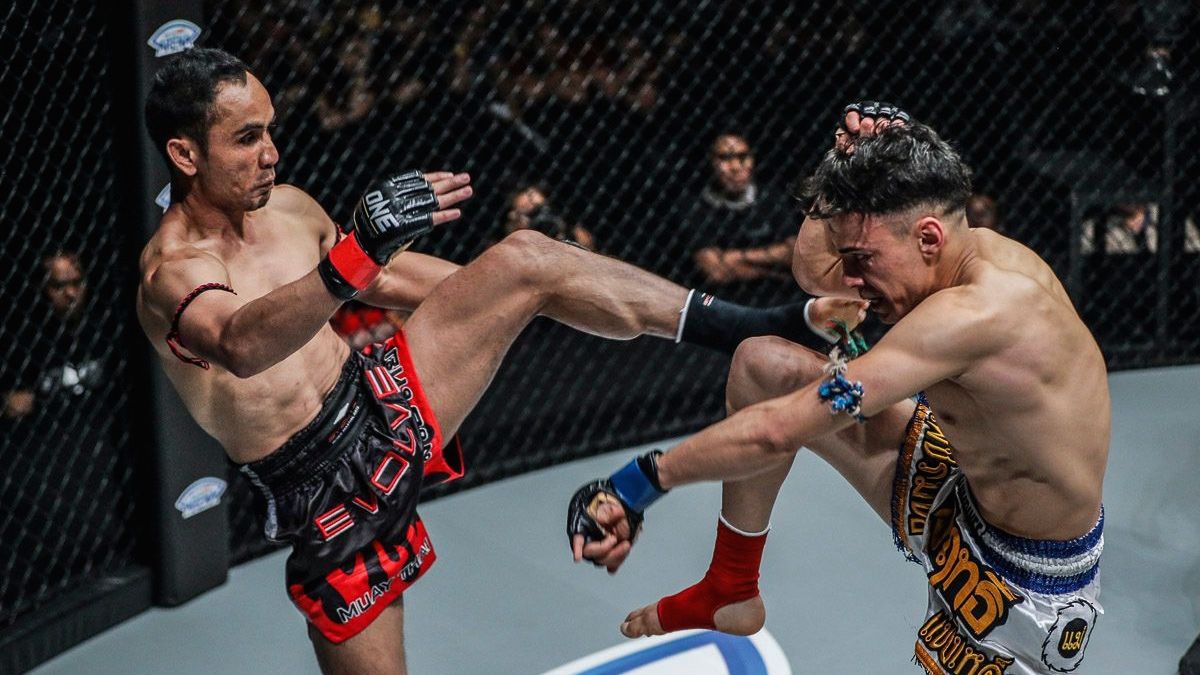 As the outside fighter, you have to know when to strike and when to fall back, as your opponent is going to be closing the gap at every opportunity. The dip is a very sneaky move to pull out of the bag when you are on the back foot and involves you dipping your back leg as you retreat to lower yourself, thus making your head a harder target. From here you can use the dip as leverage to push back forward with a counter.

The check hook is a good way to follow up from the dip. The second your backfoot lands you have an opportunity to plant your feet and do a check hook with your lead hand, which you can also follow through with a big right hand and pivot to angle away.

A great example of the check hook being used in action is the legendary showdown between Ricky Hatton and Floyd Mayweather. Floyd used the check hook perfectly against the super aggressive Hatton, who was knocked off balance and into the corner post. Note that your opponent’s forward momentum towards you will make the check hook much more powerful than if he was stationary.

Off the back of this, you can also pivot off-hook, which works the same as the standard check hook but adds a change of direction once the hook lands, opening the possibility of following through with a solid cross. Whichever way you chose to evade, be mindful of stepping into your opponent’s power hand, a good rule of thumb is to exit past his jab side when possible, and make sure you keep your chin covered with your free hand.

It is wise to practice these frequently if you intend to be an effective outside fighter, as the best way to keep range is to let your opponent know you have the answers to his advances. This will often cause aggravation, which in turn will make him more prone to making reckless mistakes. Above all else, remember that none of these tactics mean anything if you don’t put in the work and do the drills, otherwise forget it.