One thing about the sport of boxing that causes a lot of arguments and controversy is the scoring system. Every once in a while, the boxing scoring system will come under intense scrutiny. Given the bewildering decisions that are handed to particular fighters, it can be easy to lose your mind as a boxing fan. That said, these oddities tend to be few and far between, given the countless number of bouts that proceed, without controversy, around the world every week.

Still, for the average guy on the street, the scoring system can be a little… confusing.

Professional boxing operates under the 10-Point Must System, which is based on the idea that the winner of a round is awarded 10 points. The majority of rounds in boxing tend to end with a 10-9 score, with the losing fighter awarded 9 points, that is, of course, unless there is an obligation to deduct a point. Or, sometimes, a few points. On even rarer occasions, a round can end 10-10, but this is seldom seen.

With point deductions, a knockdown leads to a point being deducted for the fighter that has been dropped. Furthermore, a point will be deducted for every knockdown thereafter. But, if both fighters are knocked down in a round, they will effectively cancel each other out. 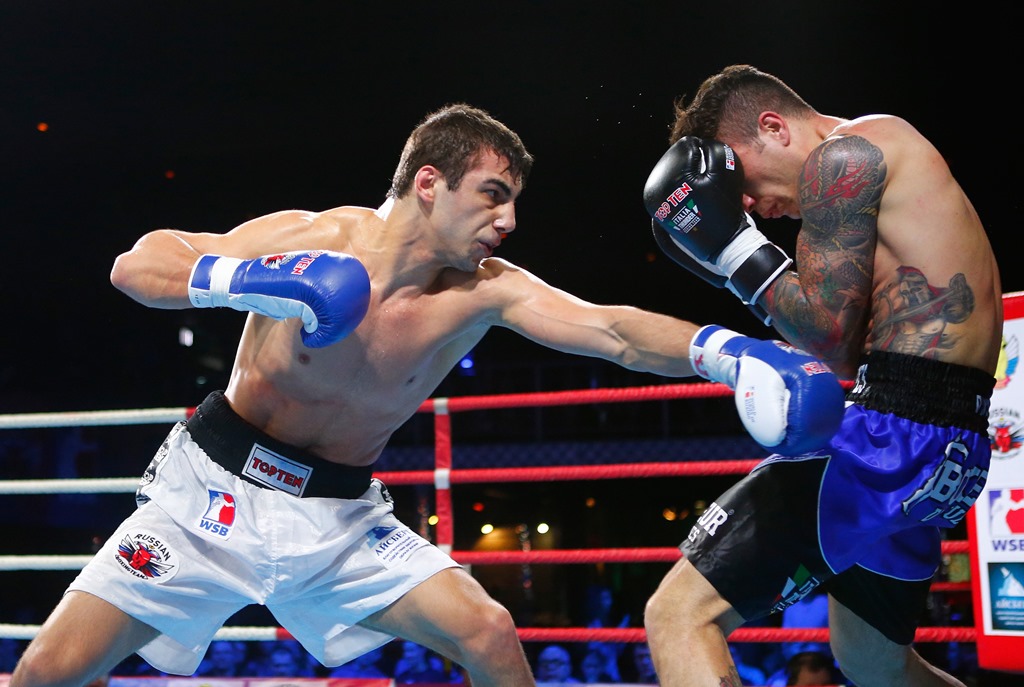 The system used in professional boxing is not exactly rocket science. However, given that judges can often appear to be suffering from some kind of impaired vision, the way that these arbiters score the fights can bring that system into disrepute. The system is not capable of preventing itself, so judges can often come in for flak for how they award points.

Let’s put it this way –  in simple terms, it works. Ten points for the winner of a round and 9 points for the loser of a round is easy enough to grasp. It is the interpretation of the judges, in certain scenarios, that makes things a little muggy, at times.

Outside of the judges’ domain are the decisions of the referee, who can instruct the score takers to deduct points where there is intentional or unintentional foul play. Anything from excessive grabbing to low blows and shots to the back of the head can lead to deductions. A referee can often give a fighter a warning, although they do not have to in order to take points away from them.

Of course, the majority of fights do not feature such indiscretions. In most bouts, the judges decide who wins. There are a few main factors that can influence judges. They usually tie into a dominant fighter’s performance, on the whole.

Judges will expect to see a dominant fighter demonstrating ring generalship, which is essentially the ability to control the fight and dictate the pace of proceedings. With that, the fighter that comes forward and shows effective aggression will also earn brownie points with the suits. This is, of course, providing that their punches are more effective than those generated by their opponents.

When it comes to power, the more impressive punches will also go down well. Combinations and volume, providing they are effective, will also be remembered when it comes to doling out points.

On the flip side, a defensive master who manages not to get hit while landing their own shots will also be rewarded. Think Vasyl Lomachenko and Floyd Mayweather Jr. when trying to envisage this concept.

If you have ever struggled to grasp how particular decisions are made, there are easy ways to logically arrive at a conclusion. For one, there are three judges assigned to every bout. This way, the chances are that a decision can be made by employing the majority rule. In other words, if two judges agree on a decision, this will override the judge that sees things a little differently.

Although there are three elemental ways a fight can be judged – win, lose, or draw – there are five decisions in total. These are:

A unanimous decision is announced when all three judges agree that one particular fighter has done enough to win.

A majority decision is called when two judges score a fighter for the win with the other seeing it as a draw.

A split decision happens when two fighters score one fighter as the winner, while the other goes for the other fighter.

A majority draw is declared when two judges score the fight as a draw, with one judge giving either fighter the nod.

How To Influence The Judges

So, you’re probably wondering what you can do to earn the love of the judges, right? In theory, there are a few main factors that they will be looking out for.

Of course, this is a very limited group of factors. The judges will mostly be looking for the above, but things such as economy of shots, intelligent fighting, and the ability to steal rounds will also come into it.

Sure, boxing’s scoring system can come off as flawed, at the best of times. That said, it does work, and there is a reason why it remains the only trusted way to score a fight.

As with any combat sport, there has to be a reliable method of separating the winner from the loser, and this is, as it stands, the best we have.

The 7 Most Impressive Jabs In Boxing History

The jab is arguably the most important yet underrated punch in boxing. The jab does everything – it can distract your opponent, dictate the pace, stun, and set up combinations. It can control range, feint,…