Setting Up Takedowns With Strikes 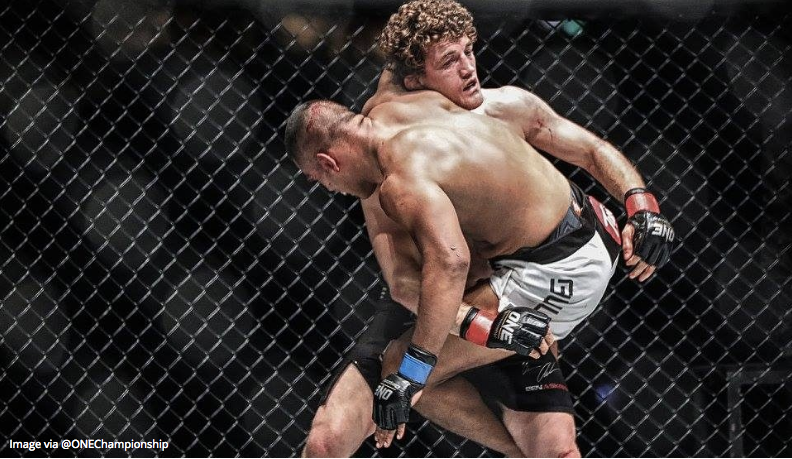 Any experienced fighter can see a takedown coming from a mile away. Takedowns are easily telegraphed and could leave you vulnerable to guillotines or knees/strikes to the head. Thus, in MMA, the element of surprise is crucial. Being able to catch your opponent off guard will help you execute your takedown and prevent your opponent from launching his/her own attack.

To successfully take an opponent down, the following aspects are important:

However, in the sport of MMA, where your opponent will be attempting to throw strikes or land takedowns of his/her own, knowing how to close the distance is of the utmost importance. To be able to land your takedown, you need to be in the best range where your attacks will be the most effective, and your opponent’s the least effective.

Two strategies that MMA fighters use to close the distance are throwing strikes and going for the takedown, or evading strikes followed by a takedown. If your opponent is an experienced striker, it will be almost impossible to just shoot for a takedown.

Throwing strikes at your opponent will make them lean, duck, or cover up (shell up and cover the head) while you shoot your takedown as they are in this compromised stance/position.

Here, former UFC Welterweight World Champion Georges St-Pierre uses the lead hook to set up the double leg takedown. This setup worked well in this fight because it forced Matt Serra to lunge forward after the hook, which made him fall right onto GSP’s lowered shoulder.

Rashad Evans does a great job of setting up takedowns with strikes. Because of his punching speed and power, he is able to get people to cover up. They create a shell around their head with both forearms, which impedes their vision and also tightens up their entire body. He does a good job getting people to cover up, and shoots his takedowns as they do. He also counter-wrestles very well, ducking under strikes to wrestle as people lunge forward at him.

With this setup, you use your opponent’s striking efforts to work your takedown. This can be done by ducking under punches to grab the hips or legs or by timing a kick. Your options are to jam the kick, which means basically getting to the opponent before the kick comes, catch the kick, and take your opponent down as they stand on one leg, or you can follow the kick (it lands or you block it), as the opponent is trying to recoil the kick and regain their stance. Many of MMA’s most successful former wrestlers have “mastered” counter-wrestling as a way to set up their takedowns, using the opponents’ aggression to their advantage.

Josh Koscheck is considered to be one of the best wrestlers in MMA. His stellar collegiate career undoubtedly reflects his ability to capitalize on timing. He knows the moment his opponent stands on one leg, his balance is compromised and he is quick to take advantage of this. Thus, he has a habit of shooting a takedown anytime someone kicks at him. He is a great example of a counter-wrestler, as he uses someone else’s strike to get the takedown.

Both Frankie Edgar and Gray Maynard are fantastic wrestlers, and in this fight, Edgar proved his dominance once again. This was the third time both fighters would meet in the cage, with Edgar losing the first fight and the second fight ending in a draw. This fight is the perfect example of counter-wrestling, with Edgar ducking under a lunging power punch from Maynard, a Michigan State All-American wrestler, to score a takedown with a solid double leg. However, it was the fourth round that put a closure to the Maynard/Edgar trilogy. Edgar was quick to capitalize on a failed double leg, leaped into an uppercut and knocked out Maynard in the end.

Remember, no matter how solid your takedown game is, if you fail to set your takedowns up properly, your opponent could easily counter your next move. As with all martial arts, you should aim to stay at least two steps ahead of your opponent and anticipate his/her defense. Doing so will only help you put your game plan into action and give you the best chances of winning a fight.