My Life As A Muay Thai Fighter : Petchboonchu FA Group My uncle had always dreamed of becoming a Muay Thai fighter. His only wish was to have his hand held up in victory with thousands of fans cheering him on. He wanted to be a household name, just like one of the greats. Unfortunately, it would never happen for him. He would go on the rest of his life, not ever knowing what that kind of glory tasted like. It would be my duty, as his nephew, to bring that honor to him. When he was old enough, he ran away to Bangkok to train at a Muay Thai camp. He trained hard, day and night, just so he could finally fulfill his longtime dream. Just before his first fight, he received a letter from his mother, my grandmother, asking him to come home because she was ill. He packed his gloves and clothes into his bag and never looked back.

When I was 6 years old, I started training Muay Thai with my uncle. I didn’t know anything about Muay Thai. He would make me watch fights on TV, explaining what was happening, but all I wanted to do was go outside and play with my friends. I didn’t understand why I had to fight – none of the other children were doing it. I was the closest thing my uncle had to a son, so he decided that I would become the Muay Thai fighter he had always wanted to be. My uncle turned his house into a little Muay Thai camp – he had bags, pads, the works. He would convince the children in our village to train Muay Thai with him, just so I would become interested. He went as far as giving them candy in return for one training session. Of course, what child would say no to a piece of candy?

Some of the children eventually started fighting. I thought to myself, “if they can do it, why can’t I?” I told my uncle that I wanted to get serious and start fighting. He was ecstatic. Petchboonchu with his uncle and the rest of the children from the village.

My uncle was my trainer. I would wake up, train, go to school and train more. He wasn’t a professional fighter so he didn’t know much. But he did what he could until he finally thought I was ready for my first fight. I was 7 years old then, and I had been training for a year. My first opponent had over 30 fights under his belt compared to my paltry 0. I was nervous. “What was I getting myself into? “ I thought.

The night before the fight, my uncle took me to see my opponent in action. I was completely intimidated. The kid was good; he obviously knew what he was doing. My uncle sensed my reservations about fighting my opponent. “Don’t worry,” my uncle said. “This is just for experience, so you know what it’s like to fight.” I felt my heart pounding, I was already nervous. Regardless of whether it was for experience or not, it didn’t make me feel any better. “Just promise me one thing,” he told me. “Promise me you won’t cry, no matter what happens in the end.” As nervous as I was, that was one thing I knew I wouldn’t do. I looked at him in the eye and said, “Yes, I promise I won’t cry.”

My first fight went as I had expected. There was no way I could beat him. I did what I could and I lost badly. But I kept my promise; I didn’t shed a single tear that night. The next year, I would win the Isaan Championship 31 kilo title. I won 100 baht and put all the money in my piggy bank, just like my parents had asked me to. 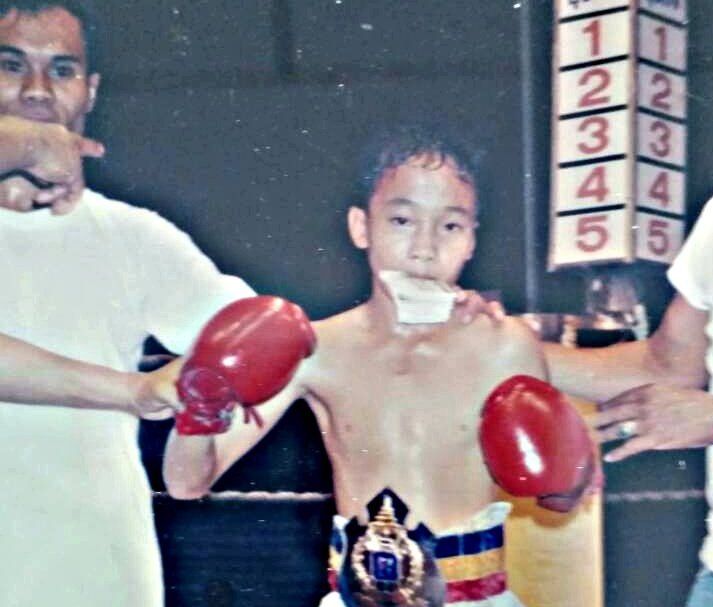 Petchboonchu is the most decorated Muay Thai fighter in history.

I trained with my uncle a few more years until he felt like there wasn’t any thing else he could teach me. When I was 13, I moved to a camp near my village in Nong Khai. I missed my uncle’s camp a lot. The older kids would bully me and the camp owner gave me my fighter name, Petchboonchu, which I hated at first. Although life was tough at camp, it forced me to work even harder. I was determined to make something of myself, and make my uncle and the rest of my family really proud.

I won my first title at 15 years of age; I became the Thailand national 48 kilo champion. I remember this being one of the happiest moments of my life. I thought I had reached the pinnacle of my career and that if I were to retire that day, I would be a very happy young man. I believed that I had already accomplished all my dreams and whatever else came my way would just be a great bonus. Little did I know that I would one day hold the most titles in Muay Thai history.

The thing was, I wasn’t exceptionally talented or gifted. I would always just give my all, whether I was fighting in the ring or kicking bags at camp. I would always give a hundred percent of myself in whatever I had to do. I think this is what helped me become the fighter and the man that I am today. This mindset helped me develop my clinch, the one technical aspect in Muay Thai that makes me stand out from the other fighters.

Ask any Muay Thai fighter or student and they’ll tell you how much they hate training the clinch. It’s tough and it can wear you out like anything. I started to work on my clinch at a young age, when I was still training with my uncle. He wasn’t the most technical trainer but he knew how to make us stronger. I remember my uncle making us kick banana trees to strengthen our legs. He would also roll beer bottles on our shins until they were numb. We would run for miles and miles until we couldn’t run anymore. It was tough but it made me understand the importance of strength and conditioning. 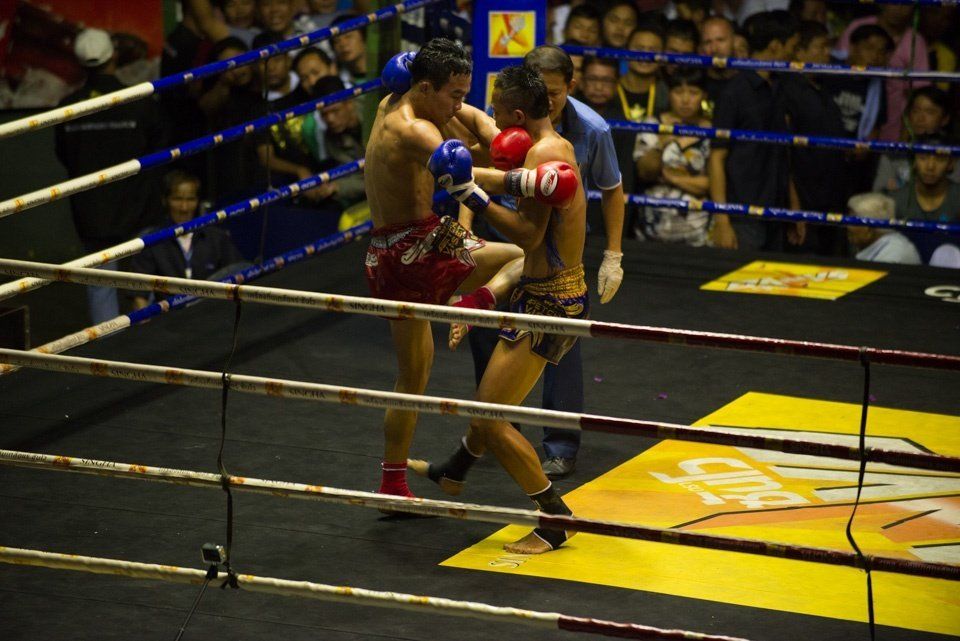 I became exceptional at using the clinch and I got excited every time I was able to use it in a fight. It became my trademark move, and it helped me win some of my toughest fights, one of them being my second fight with Saenchai. I had fought him 7 times, but my second fight was my hardest. Saenchai was in his prime and I was the young underdog. We were both fighting for the title at Lumpinee and I was excited because I was going to fight my idol again. As usual, Saenchai used his lighting quick reflexes to land a few kicks and punches. Luckily, I was able to overpower him and get him in a clinch. I won the fight that night – it was definitely one of my greatest achievements.

Another great achievement was my fight against Pakorn. It was a big fight because I was the Thailand national champion at 61 kilos and Pakorn was the Lumpinee champion at the same weight. Both our camps put in 1 million baht each and the winner would be in the running for the Siam Keela Fighter of Year Award. There was tremendous pressure on both of us to win. As soon as we touched gloves, I went through every second in the ring with my heart pounding, it felt as if it was going to explode out of my chest. It was a close fight, we were neck and neck all four rounds. With every last ounce of strength I had left, I dug deep and I was able to win the fight in the 5th round. I remember feeling especially relieved after that fight. Soon after, I was awarded the Siam Keela Fighter Of The Year Award. I fought both Saenchai and Yodwicha and won those fights — it was perhaps one of the best years of my life.

Looking back at my career, I know I’ve made my uncle proud. I’ve fulfilled his dreams of becoming a Muay Thai fighter and more. I’ve received many titles and fought many formidable opponents, and now it’s my turn to give back after all that he’s invested in me. I’m sure he’s happy with my choice of becoming a Muay Thai teacher at Evolve MMA. After all, he was my teacher. Why not share what I’ve learned from him with my students?