What Made Sugar Ray Robinson An All-Time Boxing Great? 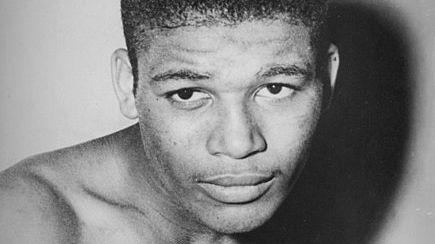 When it comes to boxing’s greats, few names stand out like that of the legendary Sugar Ray Robinson. Stylish, intelligent, charismatic, and utterly devastating inside the ring, he was commonly touted as the people’s champion and someone behind whom the boxing masses could rally.

“Sugar” turned pro in 1940 and embarked on a 25-year career. With an astounding 200 professional fights with 108 knockouts as well as an undefeated amateur record of 85-0 with 69 knockouts, his legacy is truly set in stone.

Hailing from Ailey, Georgia, Robinson was a natural showman and a lovable rogue who, during his career, competed from lightweight up to light heavyweight, inspiring sports writers to create the pound for pound greatest list. He spent much of his youth tap dancing for pennies – a pastime that could perhaps be credited for his masterful footwork. It wasn’t long before he found his way into a boxing gym, where he discovered he had a natural talent for the sport.

Robinson was born Walker Smith Junior, changing his name to Ray Robinson when, at age 15, he tried to enter a boxing tournament but was told he was he was too young to take part. Using his resourcefulness, Smith took matters into his own hands and borrowed an older friend’s birth certificate in order to compete. The moniker “Sugar” came later and was given to him by a woman in the audience who said he was as sweet as sugar.

Inside the ring, Robinson deployed a wide range of cerebral tactics to dominate his opponents and nullify their attacks. He possessed a considerably sharp jab that was both fast and precise, using it to keep his opponents at bay. “Sugar” would relentlessly flick and snap his jab at opponents, keeping them guessing, all the while waiting for the right moment to follow up with devastating combinations.

Robinson’s incredible reflexes played a big role in his ring mastery. He was often able to catch his opponents just as they moved in. When he wasn’t throwing out his own jabs, he was waiting for his opponents to throw theirs, using the opportunity to duck under with a body shot or slip close enough to unleash a ferocious flurry. Off the back of this, he was known to pin his opponents on the ropes or in the corner, using his left arm to twist them whilst opening up their right side for debilitating body punches.

His footwork was also something to behold: his early years of dancing kept him in good stead throughout his boxing career. Constantly strafing from side to side and back and forth, he kept his opponents guessing when and where he would strike, never standing in front of them long enough for them to line up anything with any real power.

Even on the back foot, Robinson was a force to be reckoned with, parrying punches and firing back jabs even while retreating. He was a master at sliding to the side to check to hook his opponents, pivoting off his front foot and out of the danger zone. Such technical boxing ability is rarely seen even to this day. At that time, it was ground breaking.

In the rare instances where his defense was breached, Robinson seemed to have all the answers, utilizing tactical clinches to squash his opponents’ advances. He was adept at smothering their setups in their tracks, before releasing the clinch and stepping out with nasty uppercuts. These were often followed by another flurry before the opponents could regain their composure.

When in a compromised position, Ray often used his left arm to control his opponents’ range, using it as a shield to block their vision and keep them from maintaining a clear line of sight. He would often deploy this tactic after a combo or power shot of his own to prevent his opponents from countering back. This defensive strategy was enormously frustrating for his opponents, who would often become bullish and aggravated in response.

Robinson used all of these tactics and many more throughout his career, gaining and defending a number of titles along the way. A defensive master, he could also turn up the aggression when he wanted to send a message. His obliteration of “Sugar” George Costner, whom Robinson knocked out in under three minutes, serves as the perfect example.

The Ability to Reinvent

In 1952, Robinson turned his back on boxing in order to pursue a short-lived career in show business. However, it wasn’t to be, and he returned to boxing in 1955. Fortunately, his failed dancing career kept him in superb physical condition during his time away and he later claimed that he had trained harder as a dancer than he’d ever done as a boxer.

Even after his three-year hiatus, he continued to smash many great opponents such as Jake LaMotta, his longtime rival. Even when he lost, the defeats were short lived. He would study the footage of his previous bout and come back with a vengeance, as Gene Fullmer discovered first hand in their 1957 rematch (when Ray knocked him out with what became known by critics as ‘the perfect punch’).

Robinson’s credentials certainly speak volumes for his legacy. He was the first boxer in history to win a divisional world championship five times and was named “fighter of the year” not once, but twice, in 1942 and 1951, respectively. His 91-fight winning streak is jaw dropping. He held the world welterweight title from 1946 to 1951 and won a world middleweight title. In Europe, he fought three fights in three countries in just 19 days

Sugar Ray Robinson will always be remembered for his amazing skills and impressive record, but it was his character that truly defined him. In 1950, Robinson donated all but $1 of his purse to cancer research and continued to do many great things through the remainder of his life and career, despite struggling financially himself in his later years.

The greatest of all time? There are many who believe that Sugar Ray Robinson is the best to ever lace up gloves.