The Most Popular Submissions In MMA 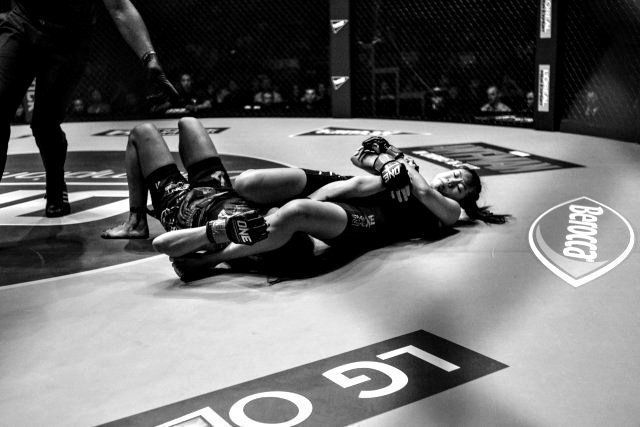 The greatest submission artists in MMA such as ONE Lightweight Superstar Shinya Aoki, Fabricio Werdum, Ronaldo “Jacare” Souza, Ronda Rousey, BJ Penn, Demian Maia and Nick Diaz undoubtedly look forward to every time a fight ends on the ground. It allows them to finish a fight their way, forcing their opponents to tap out with a submission.

Regardless of a fighter’s martial arts background, submissions in MMA have roots in Brazilian Jiu-Jitsu. Back to when the Gracies were still running the show and Royce was able to win the first UFC event with a submission, the combat sports world became abuzz with the effectiveness of BJJ. From then on, studying BJJ became compulsory for every MMA fighter. Today, there are many BJJ black belts who have found success inside the cage.

In order for a submission to be effective, they must be set up perfectly. Just like a knockout punch, a submission needs perfect timing and great technical ability. Whether it is a choke hold or joint lock, if a fighter refuses to tap, he/she could run the risk of falling asleep or breaking a limb. There are many different submissions in BJJ, however, not all are easy to pull off in the MMA cage. Unlike a regular BJJ match, you are susceptible to strikes and must know how to defend and counter them. Thus, most of the submissions that are high percentage must be executed from a dominant position such as mount or back control. Being on one’s back is very dangerous in MMA as you are in the perfect position for a head kick or any strike to the body for that matter.

Here are the most effective submissions for MMA:

There’s a reason the rear naked choke tops this list. Once it’s in, it is very difficult for your opponent to escape.

The rear naked choke is executed from the back control position and requires the practitioner to put both his hooks (legs and feet) on either side of his opponent’s torso. This ensures that his opponent is unable to move and scramble out of the choke.

The rear naked choke aims to block the oxygen and blood to flow to the head, by blocking the carotid arteries. Should one refuse to tap to a rear naked choke, he/she would find himself/herself falling unconscious.

The guillotine is the second most utilized submission in MMA because it can be performed both on the ground and standing position. Unlike the rear naked choke, it is applied from in front of one’s opponent.

Depending on the guillotine you choose to use, the pressure could be on the trachea or on the carotid arteries. If done correctly, your opponent should feel light headed, as the guillotine aims to restrict blood flow to the head just like a rear naked choke.

As a BJJ student, the armbar is probably one of the first submissions you’ll learn. Don’t be fooled by it’s simplicity – the armbar has the capability to stretch and twist your muscles, tendons, and ligaments. It can be performed in every position on the ground and off a jump as well.

To execute the armbar, your legs must be placed across your opponent’s chest, with one of his arms between your thighs and the elbow joint against your hips. To finish the submission, you must hold your opponent’s arm with your arms, his forearm on your chest. Simply lean back and arch your hips at the same time.

One of the easiest, most effective and least risky submissions to pull from the top position is the arm triangle. Once you’re in side control, it’s easy to transition to the arm triangle, especially when your opponent attempts to frame and make space with his arm. With your pressure on your opponent’s shoulder and your arm, your opponent has no option but to tap out to the choke as he is also smothered by his own limbs.

To execute the arm triangle, get into side control, and use your forearm along with your opponent’s arm and shoulder and press it into the opposite side of his neck. You can also get the arm triangle from the mount position.

If performed correctly, your opponent should tap right away because the blood flow is cut on both sides of the neck.

Although it is considered to be a risky submission since it involves being on your back and giving up a dominant position, the triangle choke, once executed properly, is one of the best submissions to use in MMA. This is because of the variety of ways the triangle could be set up and transitioned from.

Should your opponent escape from the triangle, there is an option to transition to an armbar or omoplata.

Although finishing a submission in MMA may prove to be tricky because of the lack of friction and the possibility of a barrage of punches coming at you, it is certainly one of the best ways to end a fight. Remember, the key to pulling off a submission is a great set up and a chain of submissions to follow should the first one go awry. Don’t forget to drill these submissions in your next BJJ class and pay extra attention to the details – they’ll certainly help you get the finish you’re looking for.
Share Tweet React
Like Us On Facebook