The Heaviest Punchers In MMA History 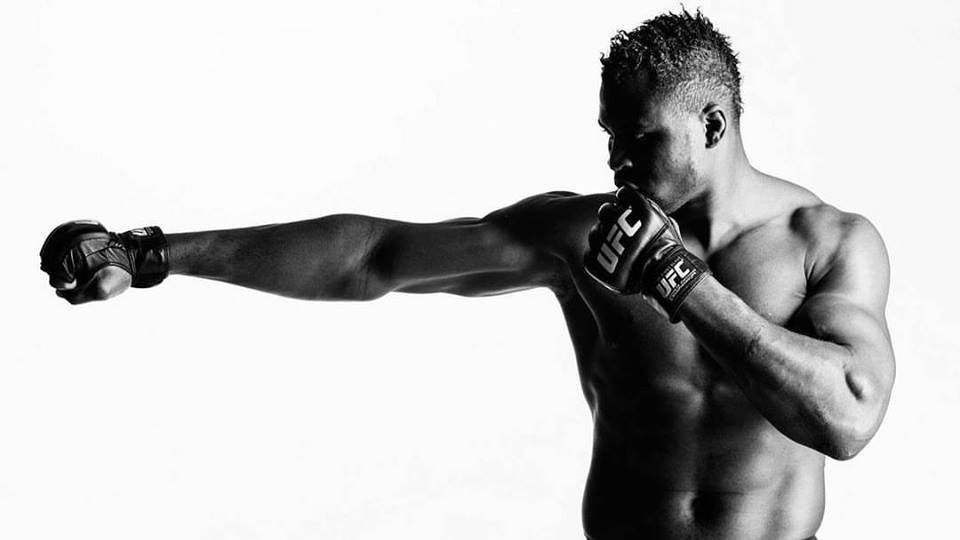 In order to create the perfect dish, you need a specialist chef in the kitchen with the right recipe. In MMA, those chefs are the heavy-hitters. The knockout specialists that use every utensil in the kitchen to create something truly special, yet so absolutely devastating.

Below, we take a look at the heaviest punchers in MMA history.

Former UFC welterweight champion Robbie Lawler is one of the most ferocious punchers in the history of MMA.

The San Diego native was the epitome of his moniker “Ruthless,” smashing his way through opponent after opponent before snatching the UFC’s 170-pound strap in 2014.

Lawler’s record includes 28 wins in his pro MMA career, with 20 of those coming by way of KO/TKO. The man has serious power, and this is perhaps best exemplified by his absolute battering of Rory MacDonald’s face in what is widely regarded as the greatest MMA bout of all time at UFC 189, in 2015.

Lawler’s record is a testament to his hard-hitting style. For many pundits and fight fans, he is simply one of the hardest punchers ever to grace the sport of MMA.

Unconvinced? Why not take it from UFC fan-favorite, Nick Diaz, who once remarked:

”The last thing I want to do, win or lose, is get hit by more Robbie Lawler punches.”

It also helps that he has an absolute thunderbolt of a punch in his arsenal.

Having begun life as a sand-miner in his West African homeland, Ngannou would migrate to France and eventually find his way into the UFC, almost by happenstance. Despite the circumstances, Ngannou was the first real hype job in the heavyweight division for some time.

With six wins in a row – 5 by KO/TKO – “The Predator” landed a title shot against Stipe Miocic for the heavyweight crown. Unfortunately, Ngannou was outclassed by the former champion and exposed as somewhat one-dimensional. He would also lose his next fight against Derrick Lewis, deflating the hype surrounding him in the sport.

What cannot be denied is the power Ngannou possesses. His devastating uppercut KO of Alistair Overeem was declared the Knockout of the Year in 2017 and sums up his devastating punching prowess.

Ngannou is the current record-holder of the highest punching power ever measured by the UFC. This clocks in at an incredible 129,161 units.

The “Axe Murderer” will always be regarded as one of the most fearsome strikers in MMA history.

A major part of this was credited to his earth-shattering punching power.

In his prime, Silva was known as an absolute wrecking ball. His striking prowess earned him a huge following all over the world, with his performances in Pride in the early-90’s being the pinnacle of an illustrious career.

The Brazilian’s heavy-hitting style saw him involved in some absolute wars, such as his dismantling of former UFC light heavyweight champion “Rampage” Jackson at Pride Final Conflict 2003.

Fight fans will be familiar with the “H-Bomb”, which is the famous right hand of former Olympian and UFC legend, Dan Henderson.

The sheer force of Henderson’s punches has contributed to victories over other legends such as Fedor Emelianenko, Wanderlei Silva, and Mauricio ‘Shogun’ Rua. The man affectionately known as “Hendo” would have his most famous knockout victory over Michael Bisping at UFC 100. The Brit later claimed that he had never been hit as hard in a fight.

Henderson is regarded as one of the biggest punchers in the history of MMA. Current light heavyweight and heavyweight double-champion, Daniel Cormier, once attested to Henderson’s raw power:

”Dan Henderson, even when you’re close and he hits you from very very close, you can feel how heavy his hands are,” Cormier once claimed.

Any list of the hardest hitters in MMA history will invariably hold a special place for “The Iceman,” Chuck Liddell.

The former UFC light heavyweight champion helped popularize the sport in the early-to-mid-2000’s. Liddell was a ferocious brawler with pure knockout power in his fists. A quick glance over his record is simply a victory parade over some of the greatest fighters of his generation.

”In terms of who hit the hardest, it had to be Chuck Liddell,” Couture remarked. “I’ve been knocked on my can a few times in my career, but he was the only guy to knock me completely unconscious, to the point where you’re fighting one second and the next you’re looking up going, “Who the f**k are you guys?”

Many MMA historians frequently cite the name of Igor Vovchanchyn whenever the topic of brutal punching power is brought up.

Despite being a modest 5′ 7″ in height, Vovchanchyn simply battered opponents in a way that should carry its own warning label.

With an insane 41 wins via KO/TKO in MMA, the Ukranian was a bona fide bone-crusher (quite literally).

One of the true standout performances of Vovchanchyn’s career was over Enson Inoue in Pride back in the year 2000.

One of the first names any MMA fan will think of when discussing the sport’s heaviest hitters is Mark Hunt.

The New Zealand-born heavyweight reportedly first got into combat sports when he realized he had the knack of beating the brakes off of other people (sometimes many at a time).

Hunt may have a modest MMA record but is a true fan-favorite on account of his all-action style. His propensity for a spectacular “walk-off knockout” also helps.

Anthony Johnson is, aside from Conor McGregor, the most famous Dublin-born fighter in MMA history.

What Johnson is best known for in the world of MMA is his ferocious power, which saw him knock out 16 opponents in his 22 wins as a professional mixed martial artist.

Despite being one of the most jacked fighters in light heavyweight history, Johnson incredibly fought as low as 170-pounds in the early stages of his career.

“Rumble,” as he was known in his fighting days, was a powerful knockout artist who was capable of turning any fight on its head. Despite having two cracks at the UFC light heavyweight title, Johnson would lose both times, against the same fighter, Daniel Cormier.

“DC” once commented on the power his opponent brought into the Octagon:

“Anthony Johnson hits harder than any other person, no doubt,” DC told the Opie & Jim Norton Show. “Every time he hit me, it made me kind of like fly all over the place. He was trying to take my head off. Even when he’d miss, you can hear it.”