The Art Of The Body Shot: Basic Ways To Attack The Midsection In Boxing 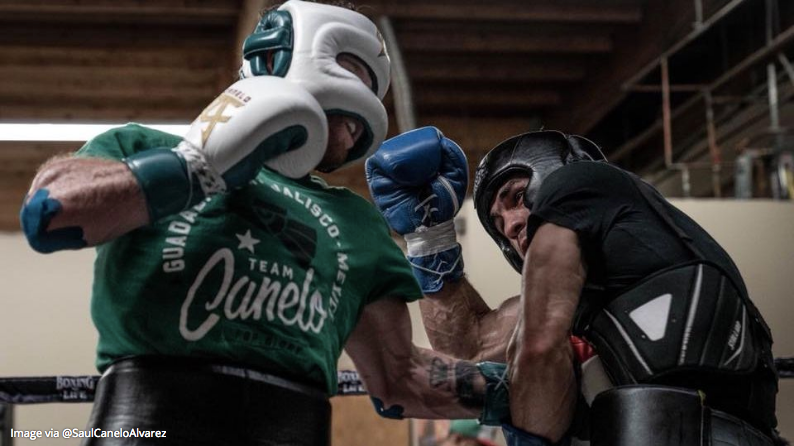 A fighter who doesn’t pay attention to the body is an underprepared fighter. As the late, great Joe Frazier once said, “Kill the body and the head will die,” which is probably the best way of summing up how important body shots are in most combat sports.

Some of the greatest knockout artists in the history of boxing were also great body punchers. From Mike Tyson to Julio Cesar Chavez, George Foreman to Alexis Arguello, these warriors understood how to chop down a tree. You don’t do it from the top. You go lower.

“Bodysnatchers”—another name for fighters adept at targeting the body—do so for a number of reasons. From simply aiming for killer body blows to sapping an opponent’s energy, body punches are an integral part of boxing. Without any real threat to the midsection, an opponent can just keep his guard up all night long, preventing any passage to the target.

If you are a fighter who has ignored the importance of body shots, read on. We have a few tips that should be beneficial.

Jab to the Body

The jab to the body is one of the most important punches in boxing. Period.

This punch can really make the difference against an opponent. The probing shot will keep him guessing as to what is coming next and if convincing enough can cause him to drop his guard for a heavy shot to the head. Even more, it can be painful enough to convince your opponent to keep his distance, giving you a platform to dictate the pace and plot your attacks with more space and time.

You must be very careful when throwing this shot, though, as a careless technique can leave you open to counter shots. In this case, it is important not to telegraph the shot or give any physical clues to your opponent, such as looking down at his body before punching. Keep your right hand (when in an orthodox stance) glued to your chin. Assume your regular stance and drop your hips while throwing the jab to the body.

Left Hook to the Body

This punch can be an excellent weapon against taller fighters, especially those with high guards.

The target area is the liver or general rib area. As you probably already know, a liver shot can be the most devastating punch in boxing. Of course, perfect execution is required to cause maximum damage. The punch shouldn’t be thrown too frequently and works best when your opponent is not expecting it. By all means, if your opponent is constantly open for left hooks to the body, go for it.

To throw a left hook to the body, you should shift weight from the right to the left side of your body, turning your lead leg while snapping the punch into your opponent’s side. Your lead foot should twist inside so that it points at your opponent as your punch lands.

The best way to set up a left hook to the body is to con your opponent into lifting his guard high to protect his face. You can throw or feint jabs or crosses to the head to open the window. This shot can also be thrown as a counter to a right hook or cross provided you are fast enough to duck and return fire.

Right Hook to the Body

A perfectly timed and executed right hook to the body can be a thunderous shot worthy of dropping any opponent.

This shot is perfect when the fighter in front of you is shelling up or you have him backed up against the ropes or in the corner. To make some space, you can even push him into the ropes before twisting the shot into his left side. You can also counter a jab with a right hook to the body provided you are fast enough to take advantage of the open window.

Always remember that squatting down when throwing this shot will not generate the same power as with a left hook. This is a shot that works best at very close range. It can be very risky against a smart fighter, too, so limit this shot to when your opponent is vulnerable and closed up. This shot should be short and succinct.

Straight Right to the Body

If you have ever taken a straight right to the solar plexus, you know just how debilitating it can be.

Few shots can take your breath away like a well-crafted straight right to the body and even more so when you’re caught completely off guard. Conversely, you can really cause some damage of your own with this punch provided you know what you are doing. The best time to throw a straight right to the body is when your opponent is guarding his face or generally holding a high guard.

The solar plexus is not the only place to target with a straight right to the body. The chest and ribs can be great targets against a fighter who is slow to protect himself following a jab or a cross. If you can dip your knees and launch a shot into either the chest or ribs when ducking under a jab or cross you can use his forward momentum against him.

One of the greatest perks of a straight right to the body is that it can be difficult for an opponent to predict. This is especially true for a straight right to the chest, as it may seem as though you are launching for your opponent’s chin. This provides a smart fighter with a way to punch through the guard and hit a target the defender is not expecting to be hit, and even the smallest advantage can be enough in boxing.