My Life As A Muay Thai Fighter: Yodkunsup Por Pongsawang 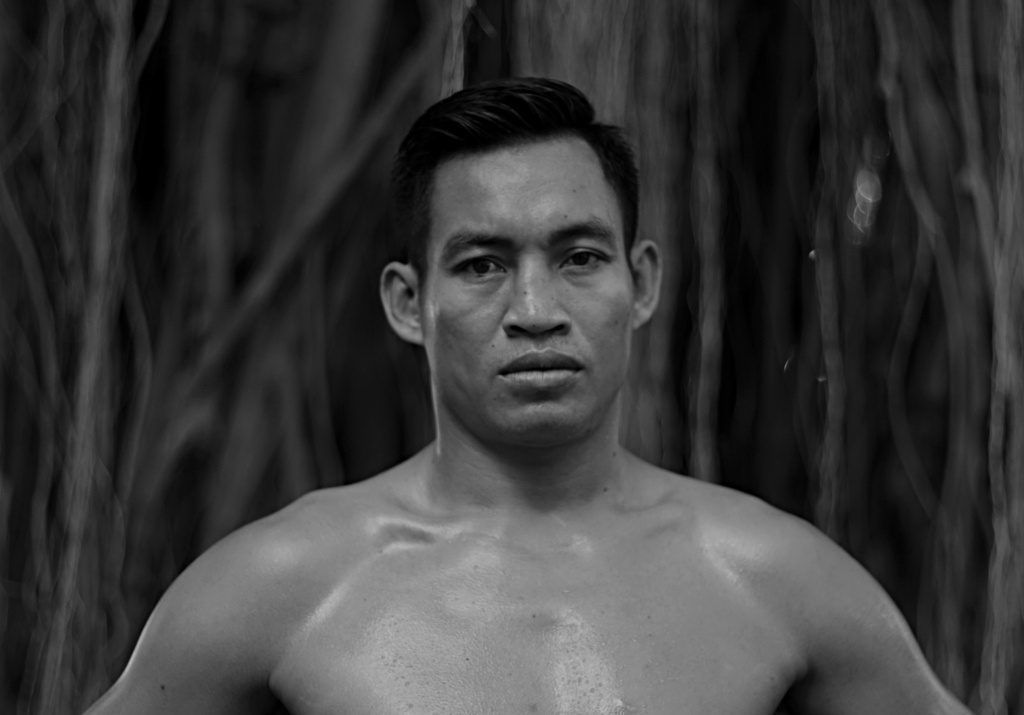 Muay Thai Evolve Vacation Saturday
Like Us On Facebook
Yodkunsup Por Pongsawang is an Instructor at Evolve Mixed Martial Arts in Singapore. Kru Yod is a legendary Trainer of World Champions and is widely regarded as one of the top striking coaches in Asia. He has worked extensively with the greatest athletes in Muay Thai, K-1, and MMA, including UFC Legend Georges St-Pierre, legendary MMA coach Firas Zahabi, GLORY World Champion Gökhan Saki, UFC fighter Nate Marquardt, ONE Superstar Roger Huerta, WMC World Champion Rickard Nordstrand, UFC fighter Dan Hardy, WSOF Superstar Jake Shields, and many others. A PK-1 Muay Thai Champion, he is also an experienced professional Muay Thai fighter with almost 300 fights at the highest levels in Thailand at Lumpinee Stadium and Rajadamnern Stadium.

Kru Yod is a Muay Thai instructor from both Por Pongsawang Camp and Sityodtong Camp in Thailand.

Where I’m from, everyone is a farmer. My family lived in a rural area of Surin, where there are lots of elephants and other wildlife. My father wasn’t always a farmer. Before that, he was in the army, and he was a Muay Thai fighter. His career didn’t last long; it was difficult for him to be in the army and fight at the same time. It was only natural that I would follow in his footsteps.

My father started training me when I was 8 years old, in the muay boran style. From the day he started teaching me, nothing had made me happier than learning Muay Thai from my father. I guess my learning encouraged him to pursue teaching, so he set up a small camp in our home. He had around 10 fighters, including me. After a year of training, I fought for the first time. I don’t remember feeling nervous about the fight, but I do remember that it was exciting. The fight ended in a draw, and I won 150 baht. I couldn’t wait to fight again.

When I was 13, my father started sending me to a camp in Bangkok to train during school holidays. The camp owner liked me enough to ask me to come back when I was ready so I could train full-time. This was an honor because back in Surin, many of the farmers wanted their children to become Muay Thai fighters. It was a fast, albeit dangerous way to make money but it certainly helped with their household incomes. As farmers, they would make 100 baht a day – the amount of money a Muay Thai fighter could make in 15 minutes. I was 15 years old when I moved to Bangkok. Although I was used to training there every summer, living there and training full time was a completely different story. The atmosphere was a serious and very competitive because there were lots of good fighters. You had to earn your place so you could fight.

Yodsunkrup is also an experienced professional Muay Thai fighter with almost 300 fights at the highest levels in Thailand at Lumpinee Stadium and Rajdamnern Stadium.

Although it was at camp that I developed the muay femur style, it was my father who taught me the importance of sticking to it. He told me that as a fighter, you want to be able to make your career last, especially if you’re fighting 2-3 times a week. So being smart and technical would ensure that I could fight as long as possible. To be technical, he told me, starts with your head, your ring IQ. You have to use your brain and know when to attack and when to defend. You have to wait and analyze your opponent, and use his attacks against him. You need to know how to use all your weapons and how to keep them sharp at all times. This, he told me, was the key to success as a muay femur.

I had my first big fight when I was 15 years old. It was at Lumpinee, and I was really excited because it was my first time fighting at such a big stadium. Although I was the underdog in that fight — my opponent was a lot older and more experienced, I won anyway. After this fight, I would go on to fight many experienced fighters because of my size. I was bigger than most of the kids my age so I was always paired up with the adults. I didn’t mind, I just wanted to make money and fight. Yodsunkrup is a legendary Trainer of World Champions and is widely regarded as one of the top striking coaches in Asia.

Four years later, I started fighting overseas. It was tough, I fought opponents who were much larger than I was. They were also far more experienced. For the first time in my Muay Thai career, I was actually dreading the fights. But I persevered. I needed to make ends meet, and if this was all I had, so be it. After doing that for a couple years, I moved back to Bangkok to fight, but it just wasn’t the same. I stopped Muay Thai for a year and went around the country teaching Muay Thai. Although I enjoyed teaching, I really missed fighting. I’d miss it the most when I was watching fights. The music, the smell of the liniment, they all reminded me of my former life. I’d find myself wanting to be in the ring like those fighters I watched and imagining what I would do differently. It would be several more years before I would fight again.

I was 29 when I was finally able to step into the ring again. I fought in different parts of Thailand, and I did fairly well. I was offered a fight in Phuket for the PK1 title, and I took it. My opponent was Selatan Lookbanyai, who was a Rajadamnern champion. When I entered the ring, I was nervous. My back was acting up, and it hurt every time I threw a punch or kick. As time passed, the pain felt like a distant memory. I felt energized and remembered that I had to make the most of the moment – it wasn’t every day you’d get an offer for a title shot. I gave it my all and had my hand raised in victory, it was one of my favorite fights. As a fighter, Yodsunkrup often had to face opponents much heavier than he was.

My toughest fight was my last fight. I’ll never forget it because it was 3 days before the big tsunami in Phuket. I was up against a big Russian guy. He was 90 kilos, and I was 65 kilos. Before the fight, they warned me that my opponent would be big, but they never told me that he was 25 kilos heavier. I didn’t let his size get to me, and gave the fight my all. I won, on points, but I remember not being able to walk for a week.

I’ve had an interesting career – I’ve been a fighter, a teacher, a fighter again and now, I’m back to sharing what I’ve learned from this beautiful art. I’ve learned many techniques, experienced many different styles of Muay Thai, but the greatest lesson I’ve learned is the importance of heart. To be a good fighter or teacher, you need to do it from your heart. When you’re emotionally invested, you’re ready to give your all. And for me, there’s no other way to do it.