What I love the most about Muay Thai is that I am in complete control of my destiny. Anything I achieve – a belt, becoming a teacher, beating a tough opponent is because of my own doing. Nothing is more empowering than knowing that your fate lies in your hands. It motivates me to run that extra kilometer before training, or knee my opponent when I barely had enough energy to stand up. It is what saved my family from a life of poverty. Everything I have, everything that I love – I owe it all to Muay Thai.

I started Muay Thai when I was 7 or 8 years old, in Maha Sarakham, Isaan. My uncle was a huge Muay Thai fan; he would let us kids sit with him on the weekends and watch the fights on Channels 3 and 7 on Saturdays and Sundays. I loved to watch fighters like Pokkeaw, Saenchernlek Gilakeingklai and Munjaa Gietnapajai. I was drawn to the Muay Khao fighters because of their aggressive style. They would walk forward, looking to hurt their opponents. They were there to fight and win. Eventually, this was a style I would use in the latter part of my career. Because of his love for Muay Thai, my uncle took his two sons to a camp in the village next to us. I asked him if I could come along and luckily, he said yes. My parents had no idea, as they were in Bangkok, working in a textile factory and I was living with my grandparents at the time. They were always eager to get me out of their hair so they didn’t say anything. Life at camp was tough. I didn’t have many friends and it felt like the camp owner favored my cousins over me. They got preferential treatment while I was cast aside. It felt as if I didn’t matter. To make things worse, I wasn’t performing as well as the others. When I fought, I was only aggressive in the first two rounds. In the last 3 rounds, it was as if I had no energy left. I didn’t win a lot of fights and this solidified what the camp owner thought about me. He thought I didn’t have a future and that I was better off quitting.

After one of my fights, another camp owner approached my uncle and expressed his interest in me. I don’t know what he saw in me, but I’m glad that he asked if I could move to his camp. My uncle consulted the owner of my current camp and they were more than happy to let me go. They didn’t even ask for money, they just gave me to the new camp. I loved being at Sit Don King, my new camp. I got along with everyone, even the older kids and trainers. This camp was different from most camps; there wasn’t a proper boxing ring. Instead, the owner had tied ropes across four mango trees. If we fell down while we were training, we would fall on the dirt. On either side of our camp was a football pitch as well as a takraw pitch. It was great because we could play football or takraw whenever we wanted, as long as we were done with training or if we didn’t have any fights. I remember sitting down and watching my friends play football after training sessions. No matter how beat up and weary I felt, just seeing them play instantly made me happier.

When I was 16, I went to the next province for the biggest fight of my career at that time. I was up against a really great fighter with an intimidating record. I thought that I had no way of winning that fight, and that I would just fight him for the sake of gaining experience. When we touched gloves, the nerves kicked in and got the best of me. He demolished me in the first 2 rounds and I was ready to give up. In the 3rd round, I dug deep and I managed to outscore my opponent. I did the same until the 5th round and I won the fight. When they held up my hand after the fight, nobody was more surprised than I was. The next day, my opponent’s camp owner called Petpayathai gym in Bangkok and suggested they take me – and that is exactly what happened. 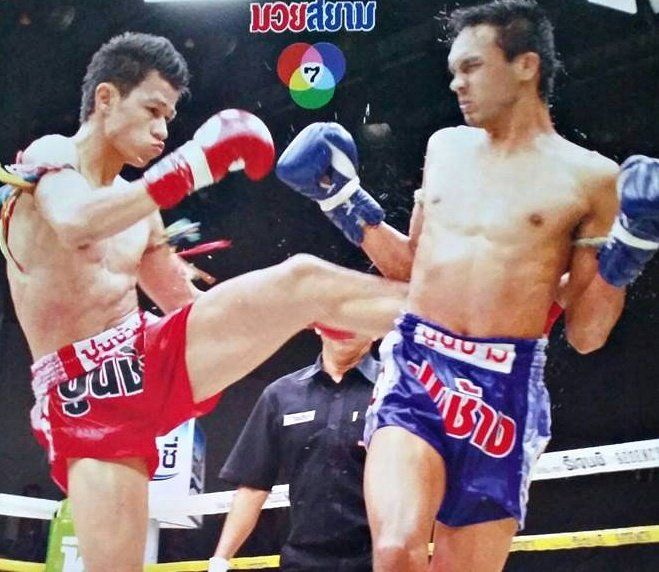 Sagetdao is widely regarded as one of the most aggressive fighters in Muay Thai history.

However, the fight that changed everything was my fight against Yokkao Burapha. I was 17 years old then, living in Bangkok and fighting at Lumpinee. I was fighting for the 102-pound Channel 7 title. It was my first shot at a title and I was nervous. In the first four rounds, it was a very close fight. We were toe to toe on points, attacking and defending each other’s punches, kicks and knees. In the last round, I harnessed whatever warrior spirit I had inside and managed to get Yokkao in a clinch. From there, I delivered a barrage of knees. I knew I hurt him. At the end of the fight, I watched uneasily as the judges conferred their scores. I knew I had done well in the last round, but I wasn’t so sure about the first four. They announced it was a split decision and I felt my heart plummet to my feet. The first judge had given the fight to Yokkao. The second judge said I won. When it came to the last judge, it felt like an eternity before he announced his decision. Fortunately, he scored in my favor. It was my first title, and I won 100,000 baht in prize money. I feel like this is the fight that made me famous.

Another fight I will never forget was my first fight against Saenchai. We were fighting for the 135 Lumpinee title. Nobody thought I would win that fight; I was the 3-1 underdog. In this fight, I used all my weapons – elbows, knees, everything. I did all that I could to ensure that I would win the fight. Not only did I win the fight, I also won the Lumpinee Fighter Of The Year Award and the Fighter Of The Year Award from the Thailand Sporting Authority. I became a household name in Thailand after this fight. 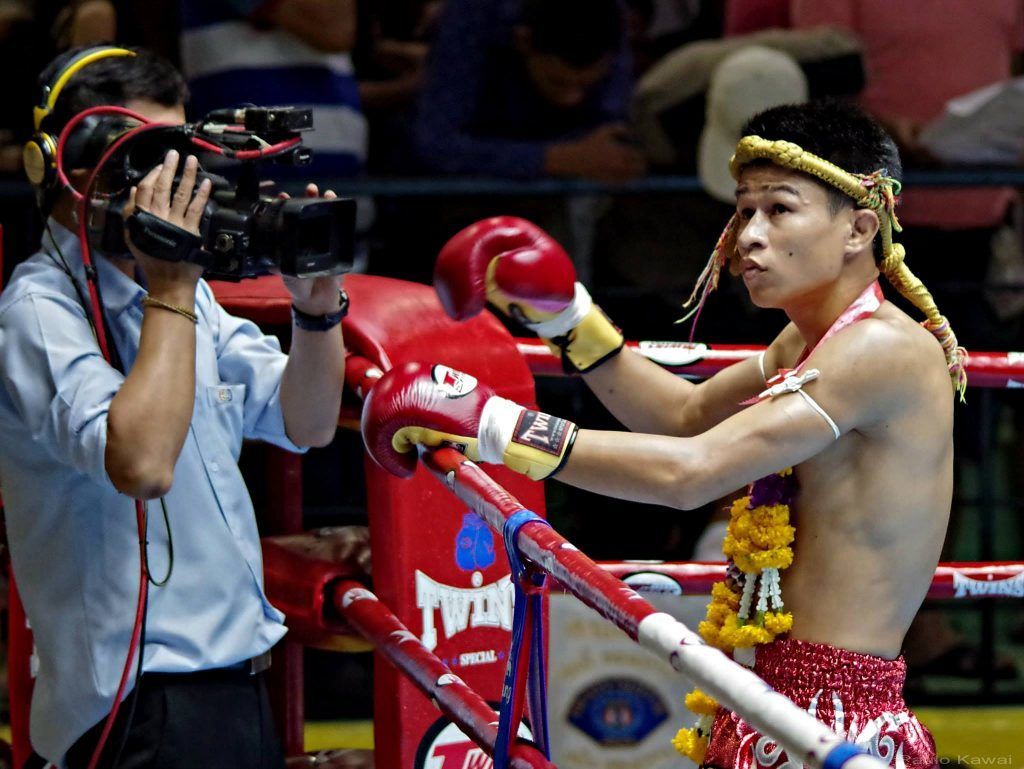 Born into poverty, Sagetdao started Muay Thai as a child to support his parents.

I’ve had over 220 fights in my career but I never walked into the ring with full confidence that I would win. I was scared each time I fought, but once I touched gloves with my opponent, it was as if I became a completely different person. Once I was in my zone, I only had one thing on my mind – and that was to win. I would dig deep and remember what I was fighting for – my family. It didn’t matter that I was poisoned. I was poisoned six times, but it didn’t stop me. They would put the poison in my food, in the Vaseline they’d rub my body with before a fight – not even this stopped me from pursuing my dream.

It wasn’t about the glory or the fame for me, it was about Muay Thai being the only way I could escape from a life of poverty and make something of myself and support my family. I gave almost all my earnings to my family, keeping only a small percentage for myself. I was able to put my sister through university and air hostess school, a feat I never would have achieved had I not fought Muay Thai.

Today, I am a teacher. I have students who respect me and look up to me. I am responsible for teaching them the beautiful art of Muay Thai so I must be constantly aware of that. It’s a completely different life from a fighter. Before, I had to be the respectful one; I had to know my place. Today, people wai me, not because of my belts, but because they respect me as an instructor.

Working at Evolve MMA has given my family and I a new lease on life. I had no idea that Muay Thai would ever give me this opportunity – to be able to provide for my family beyond my life as a professional fighter and more. Because of Evolve MMA, my son has a much brighter future than I ever had. He can become a doctor, a lawyer, or even a fighter. He can be anything he wants to be.