How To Establish The Right Mindset For A Martial Arts Competition 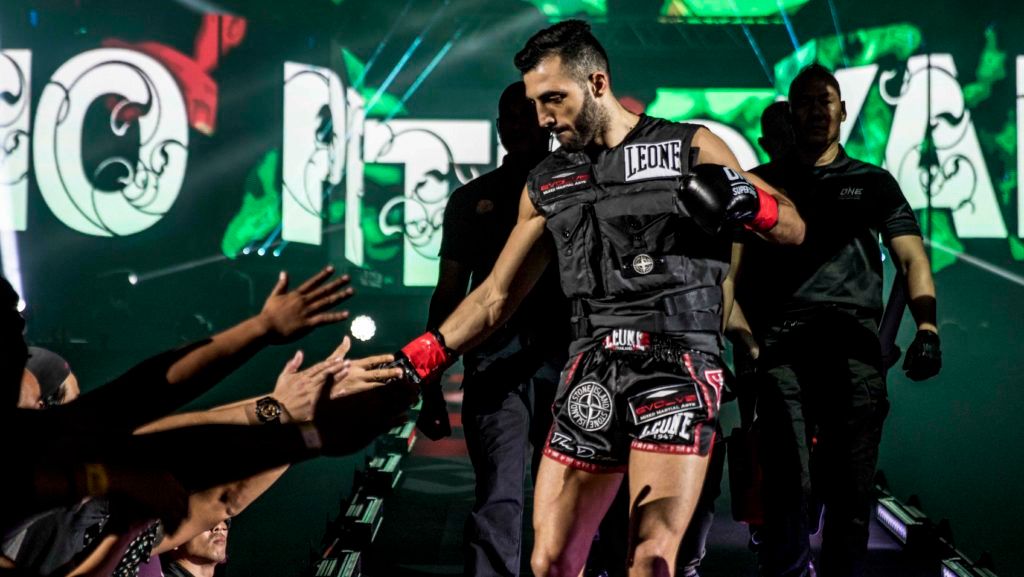 “It is the mark of a great fighter when he has character plus skill, because a fighter with character and skill, will often rise and beat a better fighter.” – Cus D’Amato

One of the most important yet overlooked aspects of being a great fighter is having the right mindset. The mindset makes the fighter: hard work and natural ability will count for nothing if your character is weak and your psychology is not what it should be. The ability to handle pressure is what makes or breaks a fighter. If the fear of loss is greater than the will to win, techniques become sloppy and game plans become null and void.

Everyone has their own default response when a threat is detected. Some fighters get angry and concentrate on vengeance or rectifying past mistakes in order to channel their aggression. This makes sense on paper, but in reality, there are a variety of reasons why this approach is a bad idea. Generally speaking, the best way to approach a fight is to maintain a calm and clear state of mind and there are a number of reasons why this is the case.

First off when you are relaxed you will roll with the punches far better than if you were tense. If your plan is to get knocked out, charging forwards in a rage will likely do the job. A perfect example of this could be seen when Jose Aldo fought Conor McGregor, who had been taunting and trolling the Brazilian fighter for months in the build-up to the fight. When the day came, an overly tense Jose Aldo stepped straight into a big left hand and the fight was over in just 13 seconds.

Paying the Price for a Lack of Focus

There are countless examples throughout history of fighters paying the price for their emotions, as was the case when Sugar Ray Leonard fought Roberto Duran, who had publicly insulted Leonard’s wife and family. A flustered Leonard was dragged into an unnecessary war with Duran which he, of course, went on to lose. In the rematch, a relaxed Leonard danced around so effortlessly that Duran eventually quit on his stool in frustration.

Anger is an emotion and the last thing you want to do in a fight is to be emotional. Emotions cloud judgment and make you more prone to error, not to mention the fact that the added tension will sap you of your energy and take the impact out of your strikes. A tense fighter burns through his gas tank at a much faster rate than a relaxed fighter, who only has to weather the storm of the initial assault before easily taking control. Don’t give your opponent the privilege of an easy fight.

For us to get past the inevitable anxiety of having a stranger trying to hurt us, we must first understand why we get nervous, and what causes us to shake and sweat when we face confrontation. The first thing to understand is that having nerves before a fight is actually a good thing. If you aren’t nervous, you’re not respecting your opponents’ ability to hurt you.

When nervousness occurs your fight or flight system has been activated, putting your mind and body into overdrive. Your veins have started opening up to increase blood flow to your muscles and your senses become heightened. Your digestive system shuts off giving you either knots or butterflies in your stomach (never eat heavy on fight day) and blood stops flowing to the skin in case of a cut, which is why faces go pale. Your pores begin to open up and sweat to regulate your temperature.

This occurrence is your sympathetic nervous system (SNS) being triggered. The task now is overriding your SNS and reactivating your parasympathetic nervous system, which can be done by taking deep breaths to your diaphragm, which will lead to your stomach expanding as you inhale. This is why when somebody is in distress or having a panic attack a paramedic will tell them to take deep breaths, as doing so reactivates your PNS and restores calm to the body and mind.

Be brave but not cocky: there is a fine line between confidence and arrogance, and if you are in the latter you may well wake up on the canvas seeing nothing but lights and concerned faces around you. Understanding that this is always a very real possibility is a big step to beating anxiety. Be aware of all possible outcomes and act accordingly — a fear of being hit will hold you back and affect your ability to keep calm under pressure.

Cutting Out the Jitters

Prepare for the worst but hope for the best, try to get into the zone and cut the needless jitters in your mind. The louder it is in your head, the more you will analyze and second guess yourself when what you really need to do is to be present in the moment, clear minded and ready for anything. This is what is often described in martial arts as “flow-state.” Declutter your mind. Anger is an emotion; emotions cloud judgment – this, in turn, creates tension (and tension saps energy).

How many times have you been in a situation where you reacted angrily and blew your lid, only to regret it once the mist has settled? This type of negative energy can be catastrophic in a fight. Your vision will become narrow and you will miss things you would otherwise have noticed. You won’t breathe properly and you will likely make stupid mistakes. Your mind should be empty and focused, think of yourself as a technician there to solve a problem rather than a brute looking for blood.

Good and consistent breathing from your diaphragm will help you focus and stop you from feeling debilitated, putting you in a more confident, focused, and logical state. Practice your drills and test your flinch reflexes. Above all else you must have a strategy that takes into account all scenarios and possibilities, as doing so will boost your confidence. Staying calm is the golden rule, but your strategies must include worst-case scenarios, it is how you prepare and react to them that defines you.

Even when things are seemingly going well, you must maintain focus and keep breathing. Pre-fight, you can visualize your path to victory but must still embrace the present when you are faced with an opponent. As such, allowing your body and mind to come together as partners – and not enemies – will help you in your aims to overcome any challenge.