How To Cut Weight For MMA 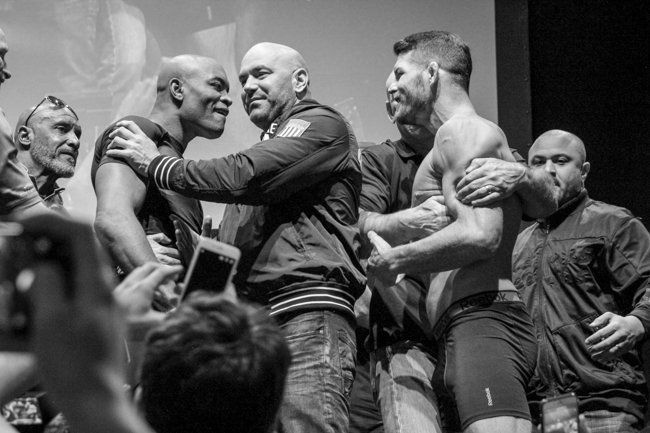 Many MMA fighters agree that cutting weight before a fight is worse than actually training for the fight. Cutting around 5-10 kilos is the average for a professional fighter, in order to be at the peak of strength for their chosen weight class. In fact, cutting weight is considered a skill in itself and is part and parcel of what is required of an MMA fighter. MMA fighters are required to make weight by a specific time (weigh-ins) and failure to do so would prevent them from competing.

What is weight cutting?

Weight cutting is how a fighter manipulates his/her weight to increase his/her chance of winning a fight. Because a fighter can lower his/her weight during a weigh-in, he/she can then show up to the actual fight 10-20 pounds heavier than his/her opponent. This weight manipulation would give a competitor an edge, and could possibly affect the outcome of the fight as well.

Do the math: if you weigh more than your opponent, you’re probably stronger. This means you have the ability to inflict more damage to your opponent and exhaust him/her. In a sport where size and strength matter, a fighter would do anything to give himself/herself this advantage. In MMA, especially, weight is advantageous for takedowns, clinch, and ground control.

Because of this advantage, MMA fighters will use different techniques to drop their body weight, dehydrating themselves to the maximum in a short amount of time.

Vasopressin is an anti-diuretic hormone that plays a key role in maintaining the water volume in the space between your cells. Vasopressin helps your body work through the dehydration, tapping on its water conservation mechanisms. Simply, vasopressin tricks your body into thinking it has stored enough water. When you go through the process of water loading (which we’ll discuss later), it will deactivate the vasopressin, which allows the body to keep sweating.

The downside of weight cutting

Weight cuts could affect a fighter not only physically but mentally as well. Being dehydrated could take a toll on one’s training, making you feel weak and tired. An elevated heart rate, increased blood pressure, and increased risk of injury are also some of the risks associated with weight cutting. In fact, if a fighter isn’t careful, he or she could even be in serious risk of organ failure. Thus, weight cutting should only be performed under the supervision of a coach or nutritionist.

The process of cutting weight

Before you decide to cut weight, you need to take the following into consideration: your gender (women generally have it tougher than men because of their higher estrogen levels), current weight (the heavier you are, the more weight you can cut), current body fat percentage (the lower your body fat percentage is, the more weight you can cut) and genetics (some people are born with fast metabolisms, making it easier for them to cut weight).

Your goal during these weeks is to shed water weight. The more carbs and salt you eat, the more water your body will absorb. However, you shouldn’t totally deny your body of carbs and sodium. Since you’re still quite a ways away from your weigh-in, you need to have the energy to train hard.

During this week, you will need to drink more water than usual, around 8-16 liters of water a day. Doing so will help you flush out the salt in your body, which helps decrease your water weight naturally. As you increase water intake, this action triggers your body’s response to flush out excess fluid. Some fighters will opt to use distilled water for this.

As you water load, remember that drinking too much water at once will make you feel nauseous, lethargic or light headed. This is how your body tells you you’ve gone overboard to avoid water intoxication. At this time, start eliminating white carbs and starches from your diet. Eat more lean proteins with green vegetables.

Stop consumption of food and water. Some fighters will stop drinking water two to four hours after they stop eating. At this point, your body will begin to flush itself out and rid itself of liquid. This is because your body is tricking itself into believing that more water will be coming into your body.

As you dehydrate, you will need to help your body get rid of as much water as it can in order to reach your desired weight. To get rid of whatever weight that needs to be shed, many fighters resort to the following methods:

As much as possible, try to avoid the above methods, especially if you are planning to do them on the same day of your fight. This is because you won’t have a lot of time to recover and using any of the methods above might affect your performance.

One of the worst situations a fighter could find himself in is walking in the cage feeling dehydrated. Dehydration, regardless of the sport, is the number one limiting factor in athletic performance. Thus, knowing how to recover from your weight cut is of utmost importance.

To begin rehydrating and refueling, you can opt to use an IV drip (the fastest way, but a medical professional will need to do it) or start with small amounts of water and an electrolyte drink. As tempting as it may be to reach for a hamburger or two, your stomach is in a very sensitive state. Save the indulgences for after the fight and concentrate on what’s more important. Remember, what you decide to eat will greatly affect your performance in the cage. You can have some carbohydrates, but stick to those with high fiber such as sweet potatoes, oats and fruits.

There’s no doubt that cutting weight is difficult, but it is definitely worth a try if you believe it will give you the upper hand in a fight. As with any extreme methods, there are always consequences. Thus, before making a decision to cut weight, consult your coach or nutritionist for the best option for you.

Note: ONE Championship, Asia’s largest sports media property, has banned weight cutting by dehydration as of December 2015. Athletes are required to undergo multiple weigh-ins and tests before and during fight week, including 3 hours before an event begins. Weight cutting by dehydration is not recommended because there is too much room for error. However, if properly done under the supervision of a coach or nutritionist, it could give a huge advantage to the fighter.
Share Tweet React
Like Us On Facebook