How To Cut Off The Ring In Boxing 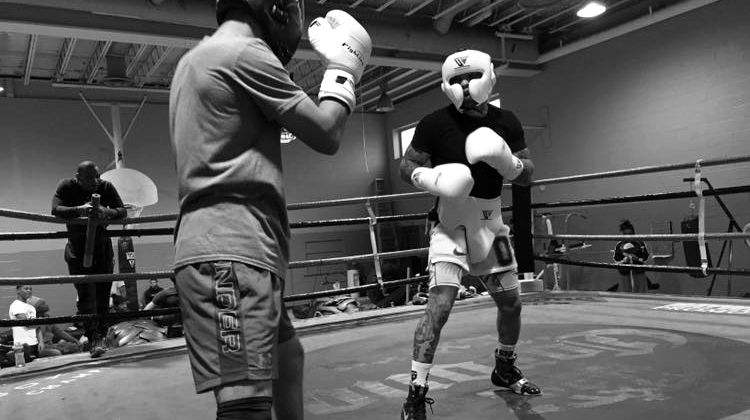 Being effective in the square ring isn’t simply about how fast you are, how hard you punch, or how quick your reaction time is. There is a long list of things great fighters must practice and apply to be at the top of their game, and, as such, the art of ring generalship should not be overlooked. Ring generalship is what makes boxing an art, and why it is referred to as the sweet science.

Every move should be calculated to put you in a better position than your opponent, preferably without them even noticing your advantage. One of the most important things you can do to improve your ring generalship is to learn how to get your opponent into the corner and keep them from getting out. This is crucial if you are competing as an amateur, where referees love an excuse to dish out a standing 8 count, and where judges pick up on every little detail to sway their scorecards.

The knowledge and ability to cut the ring off is truly priceless and will help you control the pace of fights and apply enormous pressure on your opponent. It is an essential skill to have when dealing with taller fighters and pressure fighters, most of whom will become frustrated by your tactics.

Before you go running face first into punches, there are some specific rules you need to be aware of to save yourself from getting bashed around the ring needlessly, so take heed.

Take The Center Of The Ring

The first thing you should do is take the center of the ring as soon as possible. The overall objective is to move laterally as a way of making the ring smaller. There is no point in chasing your opponent down head on, you will be taking lots of damage and he will use this as an opportunity to counter and pivot away out of danger. Continuous strafing should be your primary concern, though this is easier said than done.

To help you stay in control, don’t be conservative with your use of feints. When feinting or attacking, try to work out how your opponent tends to react and which way he likes to evade, from there you can start to cut him off one small unnoticed step at a time. When skirmishes inevitably occur, don’t be afraid to push and bully a little bit. It is not pretty, but it happens because it works. It is important to be mindful of the distance between you and your opponent, staying out of range until you attack.

Look for the outside angle and when you are ready to close the gap, a double or triple jab followed up by something heavier usually does the trick. When you take ground try not to give it back if you can help it. When your opponent steps to his left you step to your right and vice-versa, and be ready to hook whichever side he tries to escape. Close the distance with caution and wait for the right angle, this isn’t bullfighting. Once you have your opponent near a corner you can then set the double trap.

Keep in mind that this strategy does involve you trying to hold your ground and not let your opponent push you back. If you are caught or your opponent is as crafty as you, they may well be pushing the same strategy. But do not panic, there is more than one way to trap an opponent. If you should end up being pushed back to the ropes, nothing turns the tables like spinning your opponent 180 degrees to force him into the corner.

Spins aren’t technically legal, but hopefully they aren’t something you will be making a habit of, as you will typically only pull this one out of the bag when you are in trouble. Instead of merely clinching your opponent and tying him up, grab him either at the waist, if your head is down, or at the shoulders, if you are upright, and spin him around, unleashing your assault once his back is to the corner.

Once you have him in the corner, you can start throwing combos, but be wary and take back steps back as he may use your own tactic and spin you into the corner. The key is to step first and, once you’re in a stronger position, be ready to let your hands go. When you have your opponent in the corner he is likely to get desperate and try to escape, which is when you go for the big shot, though keep in mind that a cornered cat is still a very real threat and will often fight back with an added intensity.

Overall, remember that charging in head-on won’t work against a skilled boxer, and may allow your opponent to escape sideways and maybe counter with a check hook. By cutting off the ring with lateral movement you keep your opponent in front of you at all times, so the only way your opponent can go is sideways or backward, giving you a small piece of ground every time.

Don’t forget, as effective as these tactics are, none of them will get you anywhere if you don’t put in the hours and drill them deeply into your brain so that they come naturally. It is one thing to know what to do, but to able to apply the strategy in the heat of battle is a truly special skill in and of itself.