How To Combat A Wrestler In BJJ 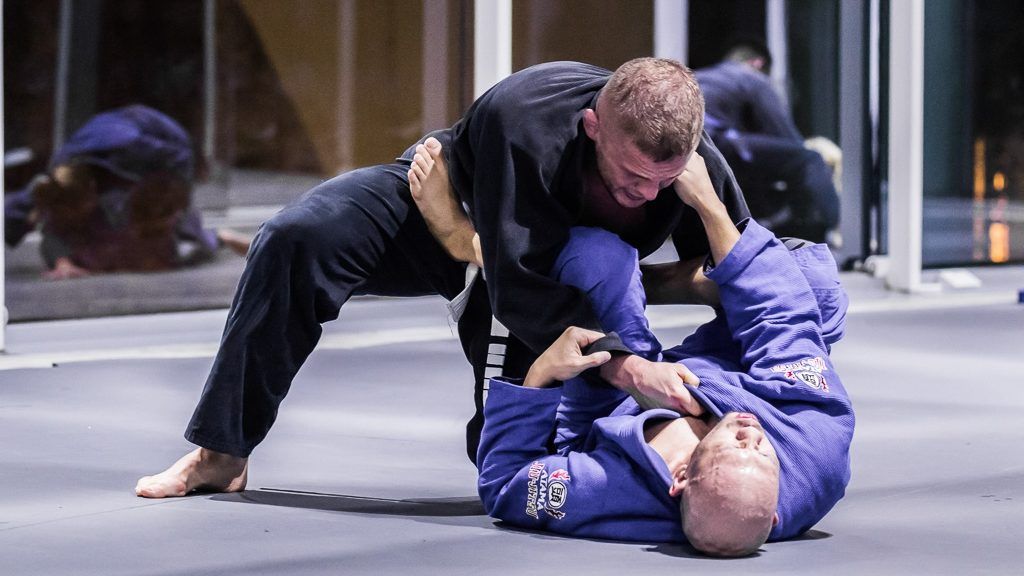 It’s no secret that wrestlers are known to be some of the most hardcore athletes on the planet. It takes a tremendous amount of dedication and perseverance to succeed in wrestling. Just like BJJ, wrestling relies on leverage, strong balance and technical knowledge to control an opponent. The difference, however, is that wrestlers work to take their opponents down to the ground and maintain a superior position. Because of this, explosive power is considered to be an asset in wrestling.

The saying: “Once you have wrestled, everything else in life is easy” is true for anyone who has braved the wrestling mats at one point or another. Wrestlers are known for their tremendous work ethic and hardiness. Because of the competitiveness and toughness of the sport, a very small percentage of wrestlers move on to wrestle in college, and an even smaller percentage continue their career beyond college to compete at the international level.

BJJ is considerably more recreational than wrestling, and many people choose to take it up at different ages. Many people choose to do BJJ for leisure, and some will even go years into their BJJ journey without having competed once. Many BJJ and MMA practitioners dabble in wrestling to get better at their respective sports. However, fewer wrestlers make the transition from wrestling to BJJ.

With that being said, the intensity in wrestling is very different from that of BJJ. Because wrestlers are relentless in getting their opponents down to the ground, they (especially competitive wrestlers) are often stronger, more athletic than their recreational counterparts. As intimidating as this may sound to the regular BJJ practitioner, just like any student, there are certain ways one can circumvent the strength and tenacity of a wrestler.

Here are some tips on How To Combat A Wrestler in BJJ:

As mentioned above, wrestlers are known for their strength and their innate ability to get back on their feet the minute they are taken down to the ground and pinned. They will do anything and everything to get out of the pin position. Thus, it goes without saying that they are probably most uncomfortable being on their backs. When a wrestler is on his back, he isn’t in his comfort zone, which allows you to attack. Although it is near impossible to sweep a wrestler because they train to stay on their feet, you can use a sweep attempt as a means to open up new avenues for attack.

A wrestler will refuse to let his back touch the mat. He will instinctively get into the turtle position if he gets taken to the ground, therefore giving his back. This gives you a chance to get the back and attack from this superior position. A good example of a BJJ practitioner using this is when Andre Galvao famously finished MMA champion Chael Sonnen.

A lot of offensive wrestling moves lead with the head, and many wrestlers simply aren’t conscious of chokes, especially gi chokes. For wrestlers, being choked, especially with the gi is a completely alien concept. Unlike other submissions that attack the joint or limbs, it is harder to power out of a gi choke, especially if it is in deep. The best gi chokes to use against a wrestler would be loop chokes, bow and arrow chokes, and a baseball choke from the bottom.

4) Slow down the pace with entanglement

The most challenging thing about wrestler is that they are relentless and are used to applying lots of pressure and scrambling. The moment they get space, they will explode and instinctively try to get into a superior position. This reflex is inherent in their sport. You can slow a wrestler down substantially by using inherently defensive and very technical gi guards such as lasso guard, worm guard, and reverse De La Riva.

5) Use their dynamism to exploit openings

Once you get a wrestler trapped in a bad position, he/she will try to explode out of it. Take advantage of these openings and use them to transition by spinning to the back. As a BJJ student, you know how difficult it is to submit a defensively sound opponent. The beauty of having an explosive partner who hates being on his back is that you don’t have to wait long for them to react. Use this opportunity to exploit openings such as spin to the back when he escapes side mount. And always remember to bait them into a submission by threatening them with one submission and going for another submission.

When you’re grappling with a wrestler, you should expect them to try to power out of positions. In the case of side mount, for example, use a face bar/cross face, proper control and switching of the hips to redirect his escape efforts. When you put him in an uncomfortable position, he uses up a lot of energy while you nullify it with very little effort.

Say what you may, but a wrestler will always be at a disadvantage in BJJ simply because it is BJJ and not wrestling. Especially when there is a gi involved. While wrestling has its strengths, BJJ will always offer ways to get around those strengths. However, a wrestler’s natural athleticism and tenacity will always make it a challenge for any BJJ practitioner.