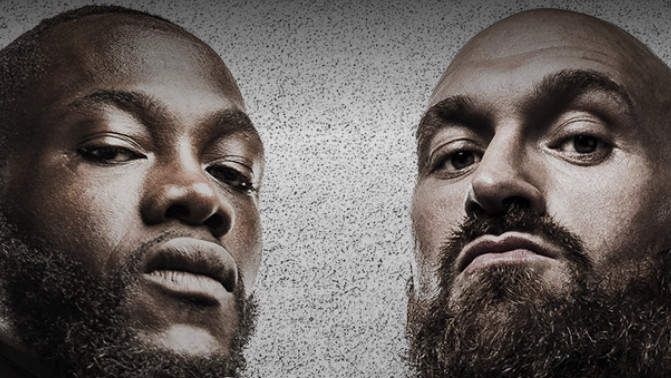 Wilder vs Fury was billed as the biggest heavyweight fight of the year, and boy did it live up to the hype. As the old boxing axiom goes, “styles make fights,” and the promise of a classic matchup was the driving commercial force behind this bout.

In one corner, we had the power punching – yet technically lacking – Deontay Wilder. In the opposite corner, the awkward yet mobile Fury. This was a fight between the first American heavyweight champion since Shannon Briggs and the lineal heavyweight titlist who shook up the world when he dethroned long-time kingpin, Wladimir Klitschko, in 2015. The backstory and narrative were juicy enough to warrant a strong pay-per-view audience, and the fight didn’t disappoint.

Prior to the fight, most knowledgeable boxing fans would have predicted two realistic outcomes for the bout: a knockout win for Wilder or a decision victory for Fury. Wilder’s standout attribute is undoubtedly his power, and this was something that was highlighted – almost ad nauseam – prior to the fight. Fury’s skill set is undoubtedly more refined, yet he does not possess power anywhere close to that of the “Bronze Bomber.”

As it goes, the fight pretty much played out as was expected, with Wilder looking to land that big shot and Fury doing everything to stay out of range and pick the American off behind his cultured jab. Fury’s awkwardness – coupled with his height and long reach – is something that any heavyweight would struggle with. Wladimir Klitschko’s prowess was certainly nullified by Fury’s simple yet effective techniques in their now famous bout in Germany in 2015.

In boxing, styles make fights. Prior to the fight, this is what promised so much, on paper, at least. You had two unbeaten fighters who could not be more unique and different from one another in terms of style. Wilder certainly suffered in the early rounds as a result of his reluctance – or inability – to find a way to get inside of Fury. For a man who possesses such an excellent final product, he did seem uninterested in finding a way to complement it with smart ways to set up the power punches.

Needless to say, Wilder only needs one window of opportunity to exploit to change a fight. We saw it against Luis Ortiz earlier this year when the Alabama native struggled before finding a chink in the Cuban’s armor to knock him out in the 10th round. Needless to say, Tyson Fury would have been aware of the linear threat posed by Wilder. Stopping it, however, would have been another thing altogether.

How the Fight Played Out

Frustrating. That can be the only word capable of describing the pure emotional turmoil that most Wilder fans would have felt as the bout at the Staples Center played out on December 1. It is no secret that Wilder has had as padded a record as they come and has been seldom tested inside the ropes in 40 fights, other than the challenges posed by Bermane Stiverne and Luis Ortiz. Fury would be the best opponent the Olympic bronze medalist had faced to date, and it showed.

Many boxing pundits would find it easy to say that Wilder was exposed in this fight. His poor technique – underpinned by wild, swinging punches and feet that look as though they are at odds with one another – has been the ridicule of many observers of the sport for some time. However, he always seemed to get the job done. There was nothing different in his approach this time out: no patience, no feints, no work to the body, and not even the smallest indication that he had considered something new.

Fury’s greatest hope in the fight was to do exactly what he did: stay out of range of those wild punches. If Wilder found a way to get close, tie him up and place as much weight on him as possible to aid in tiring him out. The “Gypsy King” did absolutely everything right in the beginning of the fight, exercising that sweet jab and making it as difficult as possible for Wilder to lock in any discernible patterns, or to exploit any openings in the only channel he appears capable of attacking through.

How the Fight Was Drawn

Let’s be honest, Fury won the fight. The first round was a technically sound one for the English-born fighter, as he landed his jab and stayed out of range of Wilder’s swinging left hooks. The second round was similar, with Fury managing Wilder’s approach well and countering Wilder’s right hand with a nice left hook in the final seconds of the round.

In rounds 3 and 4, Fury continued to dominate by using basic boxing skills. He controlled the distance with his jab and even popped off the occasional one-twos. His jab made the difference, as Wilder telegraphed everything he threw and had no way of conning Fury into opening up. The frustration most fans feel with Wilder was evident in these rounds: no technique, no patience, no desire to work his way in with smart boxing skills and varying punches. Round 5 went to Wilder, however, given that he was busier, and Fury took a breather.

In round 6, Wilder deviated from what won him the second round, trying to fight from behind the jab instead of attacking. Rounds 7 and 8 saw Fury back in the swing of things, landing his jab and some impressive combinations. Wilder was missing and showing signs of being very frustrated with not having things go his way. In round 9, however, Wilder managed to knock down Fury.

Fury bossed round 10, even pushing the tiring Wilder back. Make no mistake, at the absolute forefront of Fury’s talents is his defense, and he showed just how important it is in the sport to do the simple things well. Round 11 saw Wilder further exasperated and throwing wild shots. The lineal heavyweight champion was happy to take everything the American had in his arsenal.

Legendary. The most intense round of boxing in 2018. Once again, it felt as though the heavyweight division was relevant. Here we had Tyson Fury seemingly coasting toward a unanimous victory before Wilder did what he does best. The American found that Hail Mary shot, landing on Fury with a right hand before slamming him to the canvas with a follow-up left hook. Fury hit the canvas like he was already knocked out, leading his fans to place their heads in their hands in agony.

Somehow, Fury got back up. Not only did he get back up but also he was fully compos mentis and was soon dancing around throwing shots. The bell rang, and that was it; Fury had surely pulled off one of the greatest comebacks in boxing history. Unfortunately, the judges didn’t see it that way, with one scoring the fight in favor of Wilder and another declaring it a draw.

Tyson Fury has skills. Despite being built like a giant, Fury showcased the best combination of a seasoned jab and quality footwork seen in the heavyweight division since Larry Holmes. Wilder, on the other hand, proved to the world that – while he might lack the skills and attributes we associate with a traditional boxer – his power is something else.

With Fury having returned from a long layoff due to personal issues, his performance was phenomenal. With another six to eight months of training behind him, the rematch – which is expected to happen somewhere between May and July next year – might be completely one-sided. Of course, when it comes to Deontay Wilder, all it takes is one opportunity for him to end a fight. Even with his questionable technique, you can’t take that away from the champ.