Breaking Down The Genius Of Vasyl Lomachenko 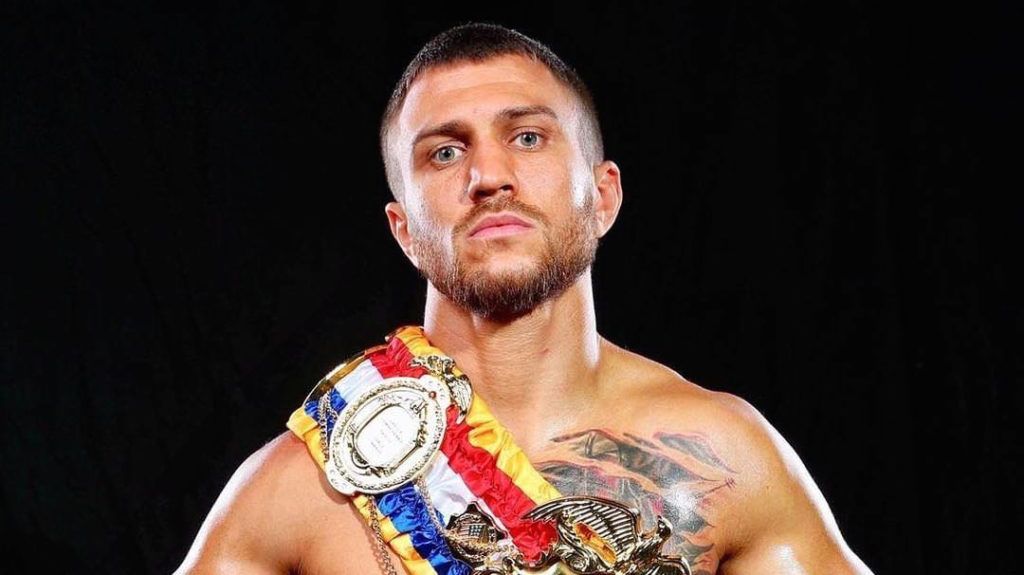 It is human nature to take things for granted. The old saying, “you don’t know what you have until it’s gone” exists for a reason. In the case of Ukrainian living legend, Vasyl Lomachenko, the sentiment certainly applies. In fact, the WBA, WBO, and Ring lightweight world champion is destined to be one of those great artists that will not be fully appreciated in his time.

However, there are certainly many observers who are only too aware of the greatness of “Loma.” How could any true boxing enthusiast think otherwise? This special fighter is the personification of the “sweet science.” While being an accomplished artist par excellence, he is, ironically, as close to a creative masterpiece as boxing has ever seen. He is the brush, the paint, and the final product, all in one.

While breaking down Lomachenko’s jaw-dropping array of skills, there are two things that any true fan and writer will be conscious of. For one, many of the statements made about the two-time Olympic champion might come across hyperbolic, and secondly, you could easily scribe thousands of words and simply scratch the surface of his brilliance.

Today, we will disregard both counts and present to you a (basic) walkthrough of why Lomachenko is one of the most proficient technicians of all time.

When it comes to balance and footwork, there is no better fighter in the game than Lomachenko. The man known as “Hi-Tech” has made a mockery of excellent boxers with his ethereal display of balance and perfect footwork. In offense and defense, his control and posture are always spot on. His fluidity and ability to almost dance around the ring – something attributed to his father’s teaching as a youngster – help him to be in the right place at the right time almost every time. It is remarkable to watch.

Lomachenko’s ability to maintain perfect balance through his exceptional footwork means that there are no stutters or stops in his attack. This machine-gun type action enables him to fire off shots and combinations without the need to readjust. While an opponent resets, he has already thrown a counter.

Without his incredible speed, many facets of Lomachenko’s game would be difficult to sustain. However, it is how he controls his speed that makes him a standout boxer, nonpareil. Having lightning hand speed does not always guarantee success, so Lomachenko disguises his pace and ups and lowers the tempo according to the stages and phases of his attacks, single shots, or combinations. There are many feints and tricks to throw opponents off and control their reactions.

If you have ever watched a Lomachenko bout and wondered why such a talented opponent looks so slow against him, keep in mind that many of his disguises contribute to a brain-scramble on his opponent’s behalf. When faced with “The Matrix,” he is as Machiavellian in the disguising of his punches as anyone in the history of the sport. In simple terms, there is no way to predict a swift combination from a power shot.

If any budding student of boxing needs to learn about angles, Lomachenko is effectively the equivalent of Leonardo da Vinci to a budding artist. He is, quite simply, the best. Loma’s punches are thrown from the most impossible angles at times, but his defense is also based on shifting from a dangerous position to a profitable one. He makes something considerably difficult look disconcertingly simple.

Whether it is initiating an attack or finishing one, Loma’s understanding of angles is often too much for his opponents. After all, there is a reason why four consecutive fighters quit inside the ropes against him.

Slips, bobs, weaves… he is there, and then he isn’t. Of course, by the time your brain has figured out that he isn’t, you have already eaten a shot that has seemingly come from out of nowhere. If Casper the Friendly Ghost had legendary boxing skills, he would still struggle to compete with Lomachenko’s ability to make you miss, and make you pay.

You can watch many fights of his, and observe how the Ukrainian tricks opponents into thinking he is closer than he is, before withdrawing, or ducking under the shot he almost convinces them to throw.

With such speed, pattern recognition, head movement, understanding of angles, and tight guard, any fighter would find it near impossible to land on Lomachenko. Despite being an incredibly gifted attacking fighter, he has an unbelievable defense that is just so difficult to penetrate. What separates Lomachenko from other fighters – especially when it comes to defense – is how he seemingly knows where every single danger is coming from.

From a fighter’s posture to their general angles of attack, the former amateur master processes everything and reacts as a supercomputer would to an opponent’s punches. There is nothing more desirable from the perspective of a fighter than clairvoyance. Although said with tongue in cheek, it is hard to argue that Lomachenko is not from some other planet, given his uncanny ability to almost see the future. He is always, at least, one step ahead.

Two of the most underestimated qualities that hold everything together for Lomachenko is his pattern recognition and interpretation of danger. In other words, his sense of what will come next from his opponent. On one hand, Lomachenko craftily influences a fighter’s next move, by way of feints and setups. On the other, when it comes to some of the more cerebral fighters he has faced, he seems to have some sixth sense.

Such mental attributes cannot be taught. Inside of Loma’s incredible skillset lies a natural talent. It just so happens that these two fundamental elements have combined inside the same human, and that is scary.

Let’s imagine you have a coconut on a concrete slab that you want to open with a hammer. Now, you can swing as powerfully as you can at it, missing 70% of the target in the process. Or, you can hit the coconut in the right spot with less power, and crack it open immediately. Precision can often trump raw power. Lomachenko has often displayed numerous examples of this concept. Of course, we are talking exclusively in boxing terms, rather than coconut smashing.

And as for power? Make no mistake, Loma has power in abundance. However, power is nothing without control but is everything with precision. This is just another weapon this walking, talking boxing textbook has to his name.