There aren’t many fighters in the sport of MMA with the influence of the Canadian icon, Georges St. Pierre.

From a shy, unassuming kid that was constantly bullied, to the undisputed UFC welterweight champion of the world, GSP has demonstrated first-hand how a love of combat sports and a dedication to being the best can change the world.

Over the course of 15 years, St-Pierre has carved out one of the most legendary careers in mixed martial arts. His strength, pedigree, and formidable fighting style made him a three-time world champion in two separate weight classes. For as long as MMA continues to be a sport, GSP will forever have a place in the pantheon of the most accomplished and beloved competitors.

While we can all learn from arguably the greatest mixed martial artist of all time, not everyone will have the opportunity to do so in the flesh. However, if you sign up to attend Georges St-Pierre’s upcoming seminar at Evolve MMA in Singapore on 9 March 2019, you can get up close and personal with the two-weight UFC world champion.

The Georges St-Pierre MMA Seminar will be SOLD OUT due to limited available slots, so make sure to CLICK HERE in order to get yours, now!

“Humility is the first rule of martial arts. Either you learn humility quickly, or you leave because your ego can’t handle losing repeatedly.” – Georges St-Pierre

Regardless of his achievements, Georges St-Pierre has always had humility and he has always shown respect.

Although the “McGregor Era” of MMA brought with it a level of trash talk and disrespect that had never before been witnessed in the sport, verbal warfare has always been there. From the entire time that GSP went from a blossoming star to bossing the welterweight division, he was always respectful to his opponents, fans, and his employers.

Yes, he called fighters out and was never afraid to say when he was not impressed with their performances, but you would never see “Rush” throwing energy drinks around or referring to other fighters by derogatory labels, or insulting their families.

2) A Dedication To Being The Best

“When you pay attention to detail, the big picture will take care of itself.” – Georges St-Pierre

One thing that the legendary mixed martial artist understands better than others is the importance of hard work.

I dare anyone to find a photo or video of the 37-year-old in anything but prime shape throughout his career – and, of course, when he stepped away from the sport for four years. St-Pierre was, and very much still is, a fighter that places a huge emphasis on getting every single detail right. In doing so, he pushes himself to the limits that only true champions can achieve.

If the summit of the mountain is a place only reserved for the true greats, St-Pierre would have a table with his name on it. 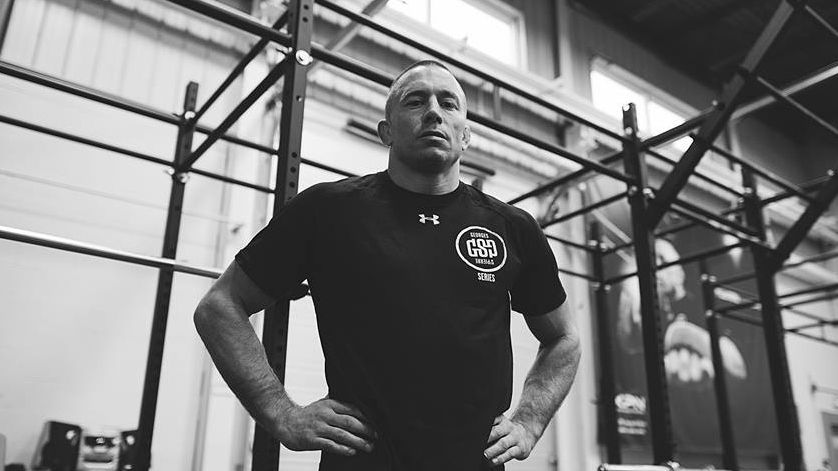 “It’s not the most powerful animal that survives. It’s the most efficient.” – Georges St-Pierre

If you can imagine an animal having the advanced consciousness necessary to improve their chances of winning every exchange – and becoming the most well-rounded predator in the jungle – that animal would be GSP.

With 90 takedowns – a record in the UFC – his wrestling game is clearly elite. He has 20 wins which put him at joint-second in the all-time victories list. His striking stats are also among the greatest ever registered in the promotion. But despite being a hard worker and an incredibly smart athlete, St-Pierre always understood the importance of working with the greats.

“Rush” has a head trainer in the world-renowned Firas Zahabi, a boxing coach in the legendary Freddie Roach, a strategy coach in the esteemed Greg Jackson, and John Danaher as a BJJ coach, among others.

Iron sharpens iron and being around those who have excelled in combat sports allowed St-Pierre to sharpen every single one of his weapons, piece by piece.

4) How to Conduct Yourself as a Champion

“I’m a martial artist, and I don’t train because I have a fight; I train because it’s my lifestyle, and I’ll train every day if I’m not hurt.” – Georges St-Pierre

Every child who has grown up with aspirations of being a martial artist has probably fantasized about the money, power, fame, and glory at some point.

It’s only natural to think, with a young and undeveloped mind, of inflicting some form of Bruce Lee/Jet Li revenge on the guy that ‘stole’ the girl you wanted. As an adult, however, things are a lot more complicated and come with higher prices.

What many in the MMA community admire about St-Pierre was his ability to conduct himself as  – not only a true champion – but the embodiment of a true martial artist. He was never embroiled in scandal, shame, or anything that could tarnish the reputation he had worked his whole life to establish.

GSP is, quite simply, the ultimate champion and a shining example of how a champion should conduct themselves.

5) To Understand That Fear is Part of the Game 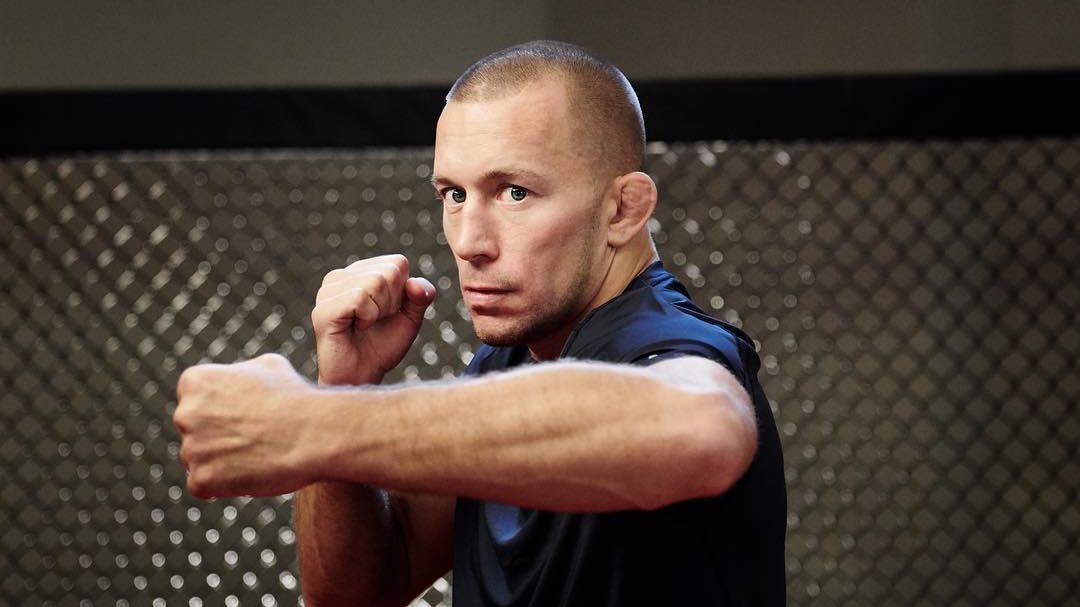 “What happens when you accept and embrace your fear? Fear becomes your weapon.” – Georges St-Pierre

It might seem crazy to think of one of the most accomplished mixed martial artists as someone that gets afraid. However, this is something that GSP has opened up about plenty of times throughout the course of his illustrious career.

Put simply, the Montreal native would not have been the same fighter without having to work through the natural human emotion of fear. As he sees it, fear is part of the game. It is the emotion that precedes the greatest opportunities and endeavors that have ever come his way.

If you are a fighter that claims not to feel fear, you are either lying or a psychopath that should be screened before you walk into a gym or dojo. After all, without fear, a fight wouldn’t be a fight. It wouldn’t be a test and a win would not be an achievement over an opponent and ourselves.

Fear is cool. Accept it. Work with it. And, just like Georges St-Pierre, use it as a tool to help you become the very best you can be.

You can get up close to the champ by attending the upcoming Georges St-Pierre Seminar at Evolve MMA. Here are the details:

Here’s what you will get once you sign up for the Georges St-Pierre MMA Seminar:

SIGN UP FOR THE GEORGES ST-PIERRE MMA SEMINAR NOW!