5 Of The Most Solid Chins In Boxing History 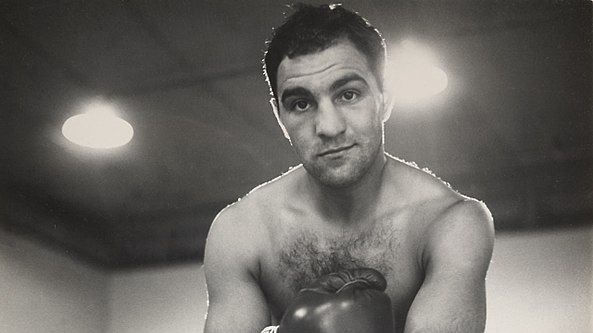 Throughout the years, boxing fans have witnessed the toughest of the planet’s fighters step inside the ropes. Within the space of minutes, we have witnessed a number of those same warriors planted on their backs.

Any spectator who does not respect any fighter for being brave enough to make that walk to the ring likely doesn’t appreciate how difficult it is. The sport is one of the most physically and mentally daunting, given that it can often be based around nothing but explicit raw brutality, at times. For the silky, smooth skills of a Muhammad Ali or a Pernell Whittaker, there is the savagery of a George Foreman or Julio Cesar Chavez Sr.

When it comes down to it, most true fight fans will invariably wonder why certain fighters can take heavy shots while others can’t. In other words, how can one boxer consistently eat brutal shots while others have their lights put out with one to the jaw? Debating skull thickness, neck size, and a wide array of other possible factors are for another day. Instead, we will take a look at 5 of the greatest chins in the history of the “Sweet Science.”

Starting us off is the legendary Marvelous Marvin Hagler, a man that seemingly had a chin made out of granite. With just one loss in 11 years – despite fighting the likes of Roberto Duran, Tommy Hearns, John Mugabi, and Sugar Ray Leonard – the Newark, New Jersey-native is widely regarded as the greatest middleweight of all time. At very least, he is one of the toughest fighters in the history of the sport.

When you consider that he hit the canvas just once in a 67-fight career, it is hard to argue against him being up there. That sole incident, against Juan Domingo Roldan, was far from an earth-shattering knockdown and was more than likely down to the middleweight being a little off-balance at the time. Regardless, Hagler came back to stop the Argentine in 10 rounds.

Hagler’s impervious chin was certainly on show against another legend of the sport, Thomas Hearns, in 1985. That bout, one that is widely regarded as being one of the greatest fights of all time despite only going three rounds, saw Hagler withstand a torrent of heavy shots without going down. Hagler triumphed that day and further solidified what most knew back and then (and know now): his chin was incredible.

Fans will remember the iconic scene from Scorcese’s LaMotta biopic, “Raging Bull,” when the iconic boxer – played by Robert De Niro – stands battered in front of “Sugar” Ray Robinson. Then, at the end of the fight, De Niro follows Robinson to his corner, saying, “Ray, you never got me down.” For LaMotta, his instinct was to stay on his feet no matter what. Well, that is if you discount the famous fight-fixing incident involving Billy Fox, that went all the way up to the FBI.

Regardless, LaMotta will go down as someone that just never knew how to… go down. The Bronx-native was as close to a natural born fighter as the world has ever seen and has become synonymous with toughness inside the ropes. The legendary brawler’s longevity and refusal to be beaten saw him live to an incredible age of 95, before passing away in Florida.

Another Italian-American that was tough as nails, Rocky Marciano was also someone who had the inhuman ability to take severe punishment while dishing out some serious punishment of his own. Regarded as one of the greatest fighters in the history of the sport, there are few that would argue against “The Rock” having anything less than an iron-cast chin.

In 49 fights, Marciano was never beaten. This is despite fighting the likes of Jersey Joe Walcott, Ezzard Charles (twice), and Archie Moore. What made the Brockton, Massachusetts man such a difficult opponent was the fact that he could take so much and come back with a driving force that was simply unstoppable. The heavyweight icon had, in addition to a great chin and a solid skill set, the heart of a lion.

Marciano was only ever dropped twice in his career.

It is a shame that there are some fans of the sport that are not more accustomed to Greb’s incredible mark on the sport. In 240 fights, Greb suffered just two stoppages. In the days when weight classes were not as refined – or the rules regarding inter-weight fights were not as strict – one of those stoppages came against an opponent much heavier than him.

Greb’s ability to take shots was legendary, even though he was one of the greatest boxers to have ever lived. He fought in an era that was stacked with talent and beat the likes of Gene Tunney and Tommy Loughran throughout his remarkable career. Greb was simply not perturbed by any challenge and was posthumously lauded for his willingness to fight tough African American boxers in an age where most refused to do so.

Heavyweight. Two fights with Muhammad Ali, both going the distance. “He’s the toughest guy I’ve ever fought,” Ali would remark after the first title fight.

In 93 fights, Chuvalo never once tasted the canvas. This is an exceptional statistic for a heavyweight boxer who, not only registered so many rounds, but did so against legendary heavyweights like Ali, George Foreman, and Joe Frazier. Not to forget other bouts with elite fighters such as Jerry Quarry and Cleveland Williams, too. The Canadian was as tough as they come, that’s for sure.

When it comes to the sheer power that Chuvalo was pitted against in his career, it is incredible to think that he could not be put down. Even in the TKO losses against Foreman and Frazier, he was not dropped. How many heavyweights can say the same?