Every martial artist knows that it takes more than athletic ability, talent, and hard work to become successful in the highest forms of competition. To stay ahead of the pack, he/she must do anything necessary to maximize his/her chances of success in competition. In the sport of MMA, where competition is cutthroat and games are constantly evolving, one of the best ways to improve one’s chances is by thinking strategically. And nobody is a better master of strategic thinking than Greg Jackson, one of the best coaches in the sport today.

For many years, Jackson has stood at the forefront of coaching for mixed martial arts. As co-owner of Jackson Wink MMA Academy in Albuquerque, home to many UFC champions, there is no doubt that learning from someone of this caliber would take anyone’s MMA game to the next level.

Luckily for the people at Evolve MMA, Jackson will soon share his knowledge that has helped his fighters achieve a win percentage of 81%.

Still not convinced? Here are 4 Reasons Why You Should Attend The Greg Jackson MMA Seminar:

Not only has Jackson helped train some of the best pound-for-pound fighters in MMA, he’s also produced some of the most talented World Champions such as Georges St-Pierre, Jon Jones, Rashad Evans, Carlos Condit, Holly Holm, and more. Using his deep knowledge of the sport, Jackson has created strategies that have helped these fighters win at the highest levels of competition.

Whether you are an MMA student or aspiring fighter, there’s no doubt that Jackson’s tactics seminar will take your MMA game to the next level. In this seminar, you will learn how to face a variety of opponents in the cage, create a solid game plan, maximize your strengths and nullify your weaknesses in the cage, and discover many other great details that you won’t learn anywhere else.

The MMA game is evolving as we speak. More and more fighters are becoming well-rounded and less one-dimensional. In this seminar, you’ll learn how to deal with these kinds of opponents as well as how to adjust your game to the changing MMA landscape.

4) So that you’ll learn how Jackson’s mind works

Jackson is known to be a mastermind at tailoring game plans that play to his fighters’ strengths and weaknesses. His strategies and systems are proven to produce victory, highlighting what works best for a particular athlete. Jackson’s ability to do so has been proven time and again with the many wins his fighters have garnered over the years. In this seminar, you’ll understand how Jackson is able to do so and perhaps learn how to implement it in your own game.

So what are you waiting for, go on and take your MMA game to the next level today! 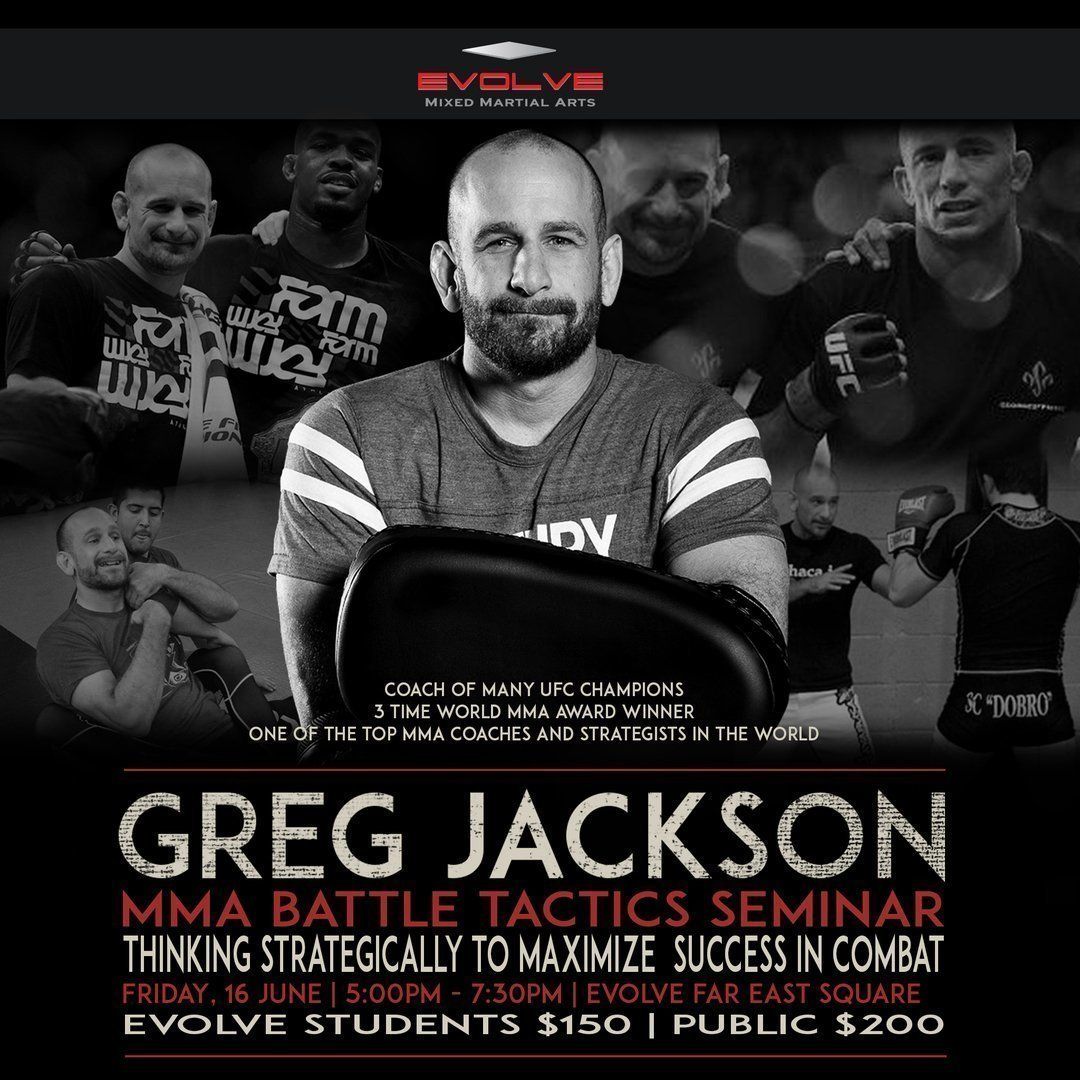