WATCH: 5 Reasons Why It’s Important To Train BJJ With A World Champion (Videos) 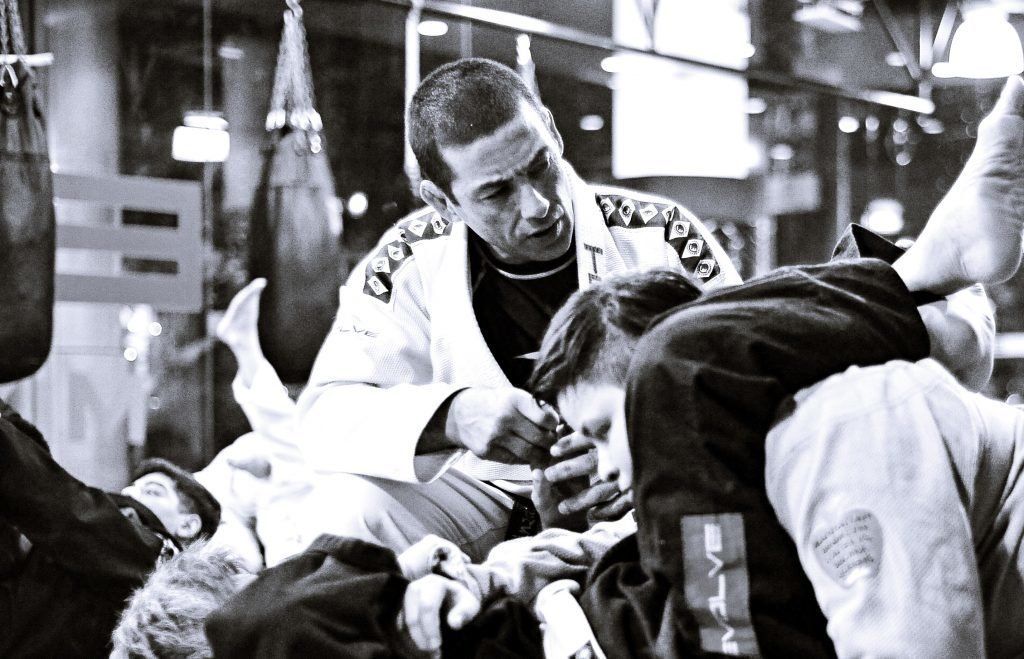 It’s a fact: a very small percentage of people who practice BJJ will reach the black belt level. The average student would take around 10 years to achieve black belt status, and not everyone has the patience or tenacity to devote all his/her time to BJJ. Now BJJ Black Belt World Champions, they’re on a whole other level. Not only have they spent years and years honing their craft, they’ve also put it to the test in the highest levels of competition.

The longer you train BJJ, the more you realize how technical it is. No matter how many classes you attend, there are still some details that you can’t help but miss because you’re too focused on other aspects of your game. Thus, the only way to improve your technique is through training with a BJJ World Champion. If you’re looking to take your BJJ to the next level, perhaps you should consider training with a professor of this caliber.

Here’s why it’s important to train BJJ with a World Champion:

As a BJJ student, you probably understand the importance of superior technique. After all, BJJ revolves around using technique to defeat strength and other physical aspects. When you learn under a World Champion, he/she will teach you techniques that don’t just work in a classroom setting but in competition too. This is essential for those of you who want to compete in the future and test yourselves. Your instructor will share techniques and concepts that he/she’s used to win competitions against equally talented practitioners.

2) Because he/she has a wealth of experience

10 years is a long time to devote to a single martial art, and 10 years of being at the highest levels of BJJ is truly something else. He/she has competed and fought against the best in his/her division for many years and has deep knowledge of any technique imaginable. Only a World Champion knows what it’s like to spend thousands of hours honing his/her art to perfection to face the best of the best in BJJ.

It takes a special kind of person to be able to sacrifice 10 years or more to a martial art. Because unlike other martial arts, BJJ promotions aren’t just skilled based. Instead, they’re based on tenure, character, mental toughness, and depth of knowledge. Thus, for some practitioners, it could take even longer to get promoted – and that certainly takes passion. The fact that World Champions have chosen to practice BJJ as a career shows passion in itself. Their willingness to sacrifice anything for their love for BJJ would certainly inspire any BJJ student.

4) Because he/she knows details nobody else does

What sets BJJ apart from many martial arts is the fact that there are hundreds, if not thousands of variations of techniques one must learn and master. A BJJ World Champion would undoubtedly be a master at these. Through all his/her years of training, he/she has developed a solid foundation of basics needed to execute even the most complex variations of techniques, giving him/her the knowledge of the most intricate details. Thus, learning from a BJJ World Champion would allow you access to these details and help you take your BJJ to the next level.

5) Because he/she has the highest standards of excellence

If you want to be a World Champion someday, you should learn from someone with the highest standards of excellence. A BJJ World Champion has competed against the very best in the realm of BJJ to get where he/she is today. He/she knows what it takes to become the best because he/she has been there him/herself. By training with a BJJ World Champion, you’ll be pushed harder than you ever have in your BJJ journey. You’ll be tested emotionally, mentally, physically and spiritually because only the best is expected of you.

There’s no doubt that training with a BJJ World Champion would only take your game to greater heights. So what are you waiting for? Start now! Get your Evolve Vacation pass here!
Share Tweet React
Like Us On Facebook