John Danaher: The Man Behind The Legends 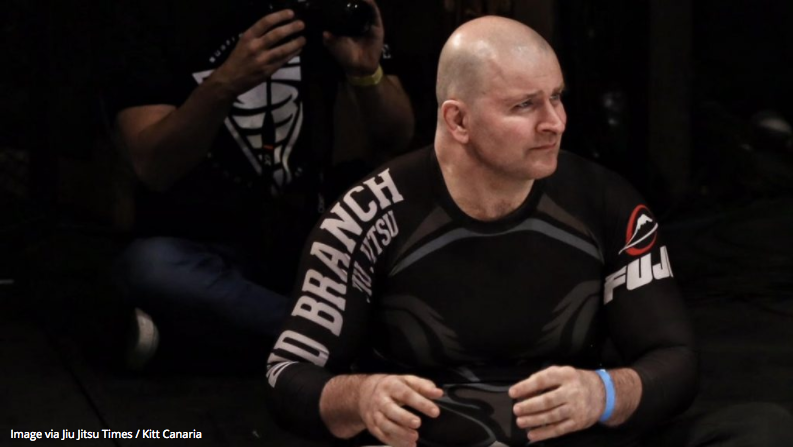 Anyone who follows the illustrious BJJ coach John Danaher on Instagram can attest to the many wins his squad has garnered over the past few months. From Garry Tonon winning his 5th EBI title to Gordon Ryan winning the 88kg division in ADCC and Georges St-Pierre winning the UFC Middleweight World Champion Title, there’s no doubt that Danaher knows a thing or two about strategy.

Whatever Danaher knows is obviously working — this isn’t the first winning streak he’s had and certainly won’t be the last. Evolve Vacation recently spoke with the man himself to discover the secrets behind his successes. When I was 24, I was studying at Columbia University and working at nightclubs as a security guard. During those times (the 1990’s), NYC was a much more violent city, and I got involved in many altercations because of my job. During those street fights, I was impressed with the performance of the wrestlers and judokans. Wrestling was only something I’d seen in the Olympics, and I had never seen it as an effective martial art, just a sport. A close friend of mine at Columbia had started Jiu-Jitsu and had encouraged me to go with him and train. Initially, I used BJJ for my job, as a means to get better at bouncing and I didn’t take it too seriously at first.

Initially, I just wanted to be a decent blue belt because it was enough to help me win fights. I had a lot of good teachers, BJJ World Champions Renzo Gracie, Matt Serra, Ricardo Almeida, and Rodrigo Gracie. When they got better, they furthered their own careers and left the academy. Renzo asked me to start teaching, and I made a commitment to myself to take everything much more seriously. I spent an abnormal amount of time in the gym: I was teaching privates, group classes, from dawn to dusk, 7 days a week. And that’s how I became immersed in Brazilian Jiu-Jitsu.

I never competed, not even at the white belt level. I never had any competitive aspirations for many reasons. One is the fact that I have a crippled leg. Another reason was that I was working 7 days a week during the day teaching at the gym and 5 nights a week working as a bouncer, we’d fight a lot every night, and I didn’t feel like I had to compete on top of that.

On preparing his team for competition

A lot of people work under the assumption that if you haven’t competed, you know nothing about what goes on in competition. One of the foundations of my coaching approach is to take away the whole sense that competition is different from training. Most people think the two are completely separate entities and will train for one or the other. If you’ve never been in a competitive atmosphere, you’ll never understand the pressure. I take a completely opposite approach. I want my students to see competition as just another day in the gym. When it comes to competition time, they tone everything down.

I think people have the idea that I’m just this theorist who sits around and dreams up ideas and teaches. You must remember when you teach Jiu-Jitsu, you have to spar every day, so it’s not like I’m not someone who just picks things up by visualization. So I’m very familiar with sparring and the theory of getting ready. It’s not too much of a leap of the imagination from the gym to a competition; I never found it to be much of a challenge.

On what makes a good student

On his training philosophy

My students truly believe in a core vision that I have in the sport. Most people go into Jiu-Jitsu, defining it in a certain kind of way, position before submission, whereas my students and I look at the notion of control. Position is one form of control, but there are many other forms of control. All the top athletes go beyond the notion of position, but very few teach it systematically. That’s what I do. I teach the notion of control leading to submission. There’s a sense where my students seem unhappy when they’re just controlling people. It has to be control in a certain direction. We emphasize in training sessions and even in competitions that you shouldn’t just be happy with controlling people. But it must go through a full victory.

On the best mindset for competition

I understand there is some frustration with submission only tournaments, IBJJF, ADCC, the deep point that has to be touched upon is this: there is no ruleset in the world which is going to prevent athletes from passive behavior in the match. If an athlete goes into a match and wants to play a passive, tactical game of disengagement, there is no ruleset in the world to prevent him from doing so. The most important thing we can do is work at the level of coaching, not at the level of rules. I coach athletes to go in with an attacking mindset where they are looking to control people and submit them. You can’t legislate aggression. You can’t make a timid, passive athlete aggressive through rules.

Look at the great figures in IBJJF comps: Roger, Marcelo – they never put on a dull match because they believe in their ability to submit people. They look at every match just like a match in the gym; I don’t think I’ve ever seen a boring Roger or Marcelo match. They had an attitude that made the rules irrelevant. It’s the mindset of the people who go into a comp that makes a match exciting, not the rules.

There’s no doubt that John Danaher has become one of the most acclaimed coaches in BJJ today. His philosophies and mindset have changed the way many BJJ students compete and train and have paved the way for many new styles of Jiu-Jitsu and grappling. We can only expect more exciting things to come from the Danaher Death Squad, especially with Garry Tonon deciding to join MMA.