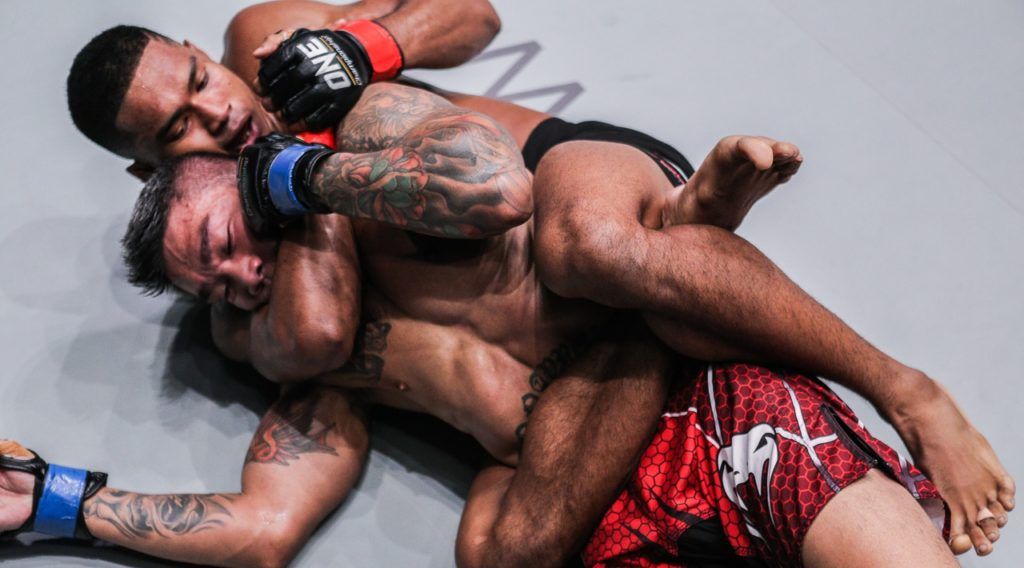 The rear naked choke is one of the most effective techniques in Brazilian Jiu-Jitsu. Favored by smaller grapplers such as the legendary Marcelo Garcia, this choke requires little strength to complete, and it can be applied on opponents of all sizes. One of the things that makes the rear naked choke such a powerful submission is the position from which it is executed—the rear mount. The rear mount is considered the strongest position in BJJ—and for good reason. When the rear mount is secured, the mounted opponent faces a number of disadvantages, including:

When combined, the above factors make the rear mount an extremely powerful position. In addition, the rear naked choke creates an anatomical mismatch that no amount of strength can negate. As opposed to other parts of the body, such as the arms and legs, the neck is uniquely vulnerable to attack. An opponent can, for example, resist an armbar attempt by clasping his hands together and using strength to fend off the attack. The rear naked choke, however, offers no such options. Once the choke is locked in, the opponent is rendered virtually defenseless. These factors make the rear naked choke an ideal self-defense, MMA, and competition technique.

Below are some concepts to keep in mind as you work on perfecting your rear naked choke.

There are a number of ways to take an opponent’s back. And while the purpose of this article is not to provide step-by-step instructions on taking the back, it is important to understand that this position must be obtained prior to applying the rear naked choke. An effective method of taking the back from the closed guard involves crawling around the opponent’s body until the position is secured. This technique is favored by Roger Gracie, and it is extremely effective.

An effective no-gi method of taking the back is the arm-drag. This technique, favored by the legendary Marcelo Garcia, can be accomplished both from the ground and standing, and it provides a simple and quick way to achieve the rear mount.

Above is a video of Marcelo Garcia demonstrating his method of maintaining the rear mount position.

Once the back is taken and control is established, the rear naked choke should be applied as follows:

Do you have an efficient method of taking the back? Do you work to establish control prior to attempting a submission? Do you have effective methods of thwarting your opponent’s rear naked choke defense? Incorporate the above concepts and techniques into your game, and your opponents will fear your rear naked choke.
Share Tweet React
Like Us On Facebook