BJJ 101: A Breakdown Of The Main Positions In Brazilian Jiu-Jitsu 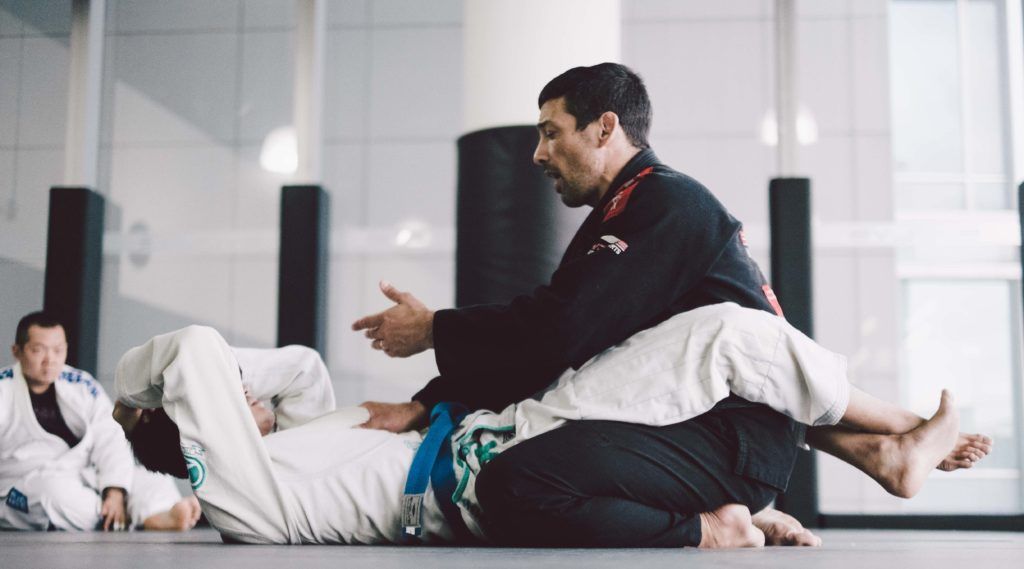 One of the great things about Brazilian Jiu-Jitsu is its array of positions and techniques. In fact, one could probably live several lifetimes and never master them all! The seemingly endless number of techniques and positional variations in BJJ is one of the things that makes it so interesting for students of all ages and abilities. With so much to learn, it’s difficult to become bored! However, particularly for new students, there are a few main positions that should be focused on, as these are the positions in which BJJ practitioners are likely to spend the majority of their time. In addition, it’s important to learn the hierarchy of these positions, because in BJJ, some positions are stronger than others, and the sooner you’re able to recognize this, the sooner you’ll start progressing. So, familiarize yourself with the following common BJJ positions, ranked from strongest to weakest, and you’ll close the skill gap between you and your training partners in no time!

Rear mount is generally considered the strongest position in BJJ. Also known as “taking the back,” the rear mount is a position in which one’s arms and legs are used to control an opponent’s back. One of the things that makes this position so powerful is the fact that the individual whose back has been taken is unable to see his or her opponent. With both individuals facing in the same direction, the practitioner who has obtained rear mount has a distinct advantage. There are a number of options available to the BJJ student who has achieved rear mount, including arm locks and chokes. In self-defense situations and competitive MMA competitions, the rear mount is often obtained after a fully mounted opponent turns to his or her stomach in an effort to avoid strikes.

Full mount is the classic “ground and pound” position, a position that can conjure up images of schoolyard bullies raining punches down on their unlucky victims. However, full mount is an extremely powerful BJJ position, second only to the rear mount in its effectiveness. As described above, full mount is a position that involves sitting on an opponent’s chest, with the knees pinched tightly against his or her sides. One of the primary advantages of full mount, in MMA or a self-defense situation, is the ability of the person in top position to strike the mounted person without fear of reciprocation. In addition, full mount offers the opportunity for submissions and transitions to rear mount.

Knee mount, also known as knee-on-belly, is an excellent transitional and control position. In knee mount, the top player places a knee on the opponent’s midsection while controlling the arm and collar. This can be an extremely uncomfortable position for the bottom player, as it allows the top player to put an immense amount of pressure on the mounted student’s torso. Knee mount is an excellent position for striking and creating submission opportunities.

Side mount, or side control, is a position that new students find themselves in often. In side mount, the top student’s body is perpendicular to the body of his or her opponent. Side mount is a chest-to-chest position, and control of the bottom player is maintained using a combination of grips, elbows, and knees. Side mount is very difficult to escape from, so it serves as an excellent control position for the top player. In addition, there are multiple submissions possible from this position, and side mount provides opportunities to transition to both knee and full mount.

The turtle is primarily utilized as a defensive position in BJJ. While in turtle, which begins from a kneeling posture, the student’s elbows are pulled tight against the knees. In other words, the student is “turtled up” on the ground. Typically, this position is used as a last line of defense against the guard pass. However, some specialists actually prefer this position and use it for offensive purposes. For newer students, though, the turtle position should generally only be used as a last resort, as it provides opponents with multiple offensive opportunities.

The guard is the position that sets BJJ apart from other martial arts, and it may be its most revolutionary achievement. The guard essentially takes what has traditionally been thought of as a weak position and makes it strong. Prior to the development of the guard, it was assumed that the person in bottom position during a fight was losing. The guard, however, changed this assumption, as it provided the bottom player with multiple offensive options from which to choose. In fact, one could accurately describe the guard as a defensive position with offensive applications. As far as BJJ positions go, the guard is generally considered to be a neutral position, which is why it is included last on this list. However, make no mistake about it, the guard can be an extremely powerful position, particularly when the guard player is highly skilled. And while there is a multitude of different guards to choose from in BJJ, the most common is the closed guard. In closed guard, the bottom player’s legs are wrapped around his or her opponent while lying on the mat. From closed guard, the bottom player can attempt submissions and sweeps.

While the positions listed above represent those most commonly practiced in BJJ, keep in mind that this list merely scratches the surface of the art’s positional variety. In other words, there are endless possibilities to be explored and mastered.