A Breakdown Of The Joint Submissions In BJJ (Videos) 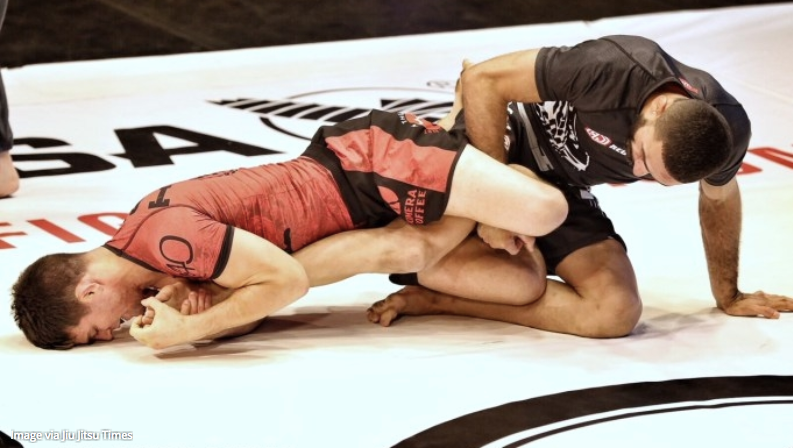 Submission artists are some of the most exciting practitioners in the sport of BJJ and MMA. Their ability to finish a fight through eliciting that much-awaited tap is something that their fans look forward to. As easy as it may seem to a layman, executing a submission, especially at the higher levels, requires technical knowledge, timing, and sometimes, a whole lot of luck.

For BJJ students who have just started their journey, they have probably been exposed to only a handful of basic submissions. Once they go deeper into the sport, the more submissions they become exposed to, including their variations, which opens up a multitude of possibilities. It will take years to master all submissions, let alone apply them in a competition setting. In fact, many BJJ black belts only have a few submissions that they like to use in competition.

Thus, as students, it is our responsibility to further our knowledge of submissions through constant drilling and attending training regularly. We should also remember to execute submissions without using strength or brute force to protect our training partners. The more knowledge we have, the more comfortable we’d be with using a variety of submissions, making us well-rounded students.

Here is Evolve Vacation’s Breakdown Of The Joint Submissions Used In BJJ:

In Brazilian Jiu-Jitsu, upper limb locks consist of single/double joint locks that hyperextend, hyper-flex or hyper-rotate either the shoulder, elbow, or wrist of an opponent. These submissions can be executed from the guard or top position (except for the omoplata).

Also known as jūji-gatame in Judo, the armbar is one of the first submissions you’ll learn in your BJJ journey. It is the choice of submission for many famous martial artists, including former UFC Women’s Bantamweight World Champion Ronda Rousey, because it can be executed from any position and easy to transition from. A basic armbar requires the practitioner to secure his opponent’s wrist/wrists with his hands, while he traps the rest of the arm by squeezing his knees together. Your opponent’s wrist/wrists should be on your chest with his pinky finger on your sternum and thumb facing up. To increase pressure, simply lift your hips and squeeze tighter with the knees.

There are a variety of positions from which to execute the wristlock, and could even be performed from a stand-up position. It is a quick and effective submission wherein one grabs his/her opponent’s hand and bends and/or twists it in an unnatural direction. As with all submissions, do execute wristlocks with caution – they are quick submissions and your partner may not be expecting them.

The Baratoplata was created by BJJ competitor Rafael “Barata” Freitas, former UFC Women Bantamweight World Champion Holly Holm’s BJJ coach. He discovered this submission when he was only a purple belt. It is a shoulder lock that can be executed from the mount or guard. It requires you to snake your arm through your opponent’s elbow and grab your pants to secure the lock. Once you’ve secured the position, you can twist your hips to the opposite direction of your opponent’s shoulder and finish the submission.

For many years, many BJJ competitors have not focused on lower body submissions as much as upper body ones. In fact, IBJJF rules limit certain leg locks to the brown belt division or higher. However, thanks to Jiu-Jitsu systems like 10th Planet and the growing popularity of submission only grappling competitions, more and more BJJ schools have become more open about incorporating the submission into their curriculum.

If you’re a BJJ brown belt, your instructor has probably given you the go signal to learn heel hooks. When properly applied, a heel hook places pressure on the ankle as well as the knee. To use the heel hook, you must lock your opponent’s leg and control their knee by gable gripping your hands around the heel of your opponent’s controlled leg. Twisting the heel into your opponent generates torque at the ankle and then on to the knee.

The only difference between the reverse heel hook and the heel hook is that the inside heel hook requires the leg to be rotated outwards instead of inwards. This allows you to submit your opponent even quicker – so please exercise caution when using this submission.

The powerful Estima lock was developed by renowned BJJ competitors and brothers Victor and Braulio in the late 2000’s. In the 2011 No-Gi World Championships, Victor Estima was able to submit all his opponents by way of the Estima lock. To finish the Estima lock, you must cover your opponent’s foot with your stomach (your abdominal region in particular) thrusting forward with your hip and twisting it in a similar direction as you would with a toe hold.

The knee bar is a versatile position that can be executed from the top, guard, or even from a standing position. A recent entry into the knee bar made famous by Braulio Estima is from the spider guard, proving just how versatile the submission is. To get a knee bar, you must hold your opponent’s leg tight against your shoulder. Raise your hips into the air and swing your leg around until your foot hooks on top of your opponent’s opposite thigh. As you roll to your side, finish the submission by gripping your opponent’s heel as you squeeze your knees together and extend your hips.

The twister is a rotational neck and spine lock revolutionized by 10th Planet founder Eddie Bravo. It is used by MMA fighters such as ONE Superstar Shinya Aoki and ONE Women’s Atomweight World Champion Angela Lee in their fights. To do the twister, you must have one of your opponent’s legs in lockdown as you grab ahold of one of his/her arms and pull his/her head down. This movement creates the intense spine twisting motion that has made this submission so famous.

The banana split is a groin stretch submission that attacks both the hips and groin area. It is performed from back control and requires a lot of flexibility as it requires you to stretch your opponent’s legs apart using your arms and legs. As the name suggests, it involves splitting an opponent’s legs open until he/she gives up and falls over. You can also use the banana split to set up other leg locks and foot locks.

Perform the submissions slowly and do not force them. Remember, if you are up against a skilled opponent, the chance that your first submission attempt will work is very slim. Do work on your transitions and try to always stay a few steps ahead of your opponent.

So tell us, which of these submissions will you practice today?