When Eddie Bravo submitted Royler Gracie at ADCC in 2003, he shocked the Brazilian Jiu-Jitsu community worldwide. Not only because he was a brown belt in BJJ at the time, but it was also because Royler was considered a legend. Nobody had submitted Royler in a tournament before. Fast-forward to 14 years later, Eddie still continues to shake up the grappling scene. His school, 10th Planet Jiu Jitsu, is considered by many grapplers to be at the helm of the most innovative techniques in no-gi grappling today.

After his 10th Planet 2017 World Super Camp at Evolve MMA last week, Evolve Vacation sat down with Eddie to share his thoughts on Singapore, the grappling scene, and 10th Planet Jiu-Jitsu:

EV: What do you think of Singapore so far?

I love it; I like that it’s super safe, clean, and everyone speaks English. It seems like everyone’s prospering here. There appears to be a lot of successful businesses and people. Evolve MMA has to be one of the most beautiful gyms I’ve ever seen, maybe one of the best in the world.

EV: We’re glad you love it here. As the founder of 10th Planet Jiu Jitsu, which techniques do you think translate best to BJJ? EV: We understand that you’re known to be quite opinionated about the gi. What is your stance on the gi?

EV: How would you say the 10th Planet belt system is different from the IBJJF belt system?

We use the same colors, we just don’t do degrees. But a black belt from the 10th planet system is different from a black belt from the IBJJF system. We don’t use collar and sleeve chokes, and we don’t do any yanking or pulling on people’s sleeves, collars, and pants. It’s a different sport. It’s like Judo and Greco-Roman wrestling. It’s the same objective, in Judo you try and get the takedown and in Greco, you try and get the takedown. In Greco, you get it by overhooks and head and arm control, in Judo you get it by yanking the gi. No-gi and BJJ with the gi, the difference is the same difference when comparing Judo and Greco-Roman. It’s the exact same thing.

EV: How has your wrestling background helped you with establishing 10th Planet Jiu Jitsu?

I learned in wrestling that every technique has a name. It’s easier to teach that way, easier to remember things that way. I learned in jiu-jitsu that most of the moves and transitions didn’t have names. So for me, I had to name everything that I did so I could pass on the knowledge. Easier to learn; especially since everything had a name. That’s why 10th Planet has all these crazy names. EV: How did you come up with those crazy names?

Every name is different. Crackhead is one of the craziest names out there. There’s mission control, and then there’s crackhead. The difference is, in crackhead control, both your feet are crossed behind your opponent’s neck, doing full strength downward leg curls. Because a crackhead is really strong, you have to control him well. That’s how you control a crackhead. Zombie is when you get someone’s hand to the mat when they’re trapped in rubber guard. So it’s when their hand comes up, it looks like a zombie.

EV: Why are leg locks taught at a basic level at 10th Planet? 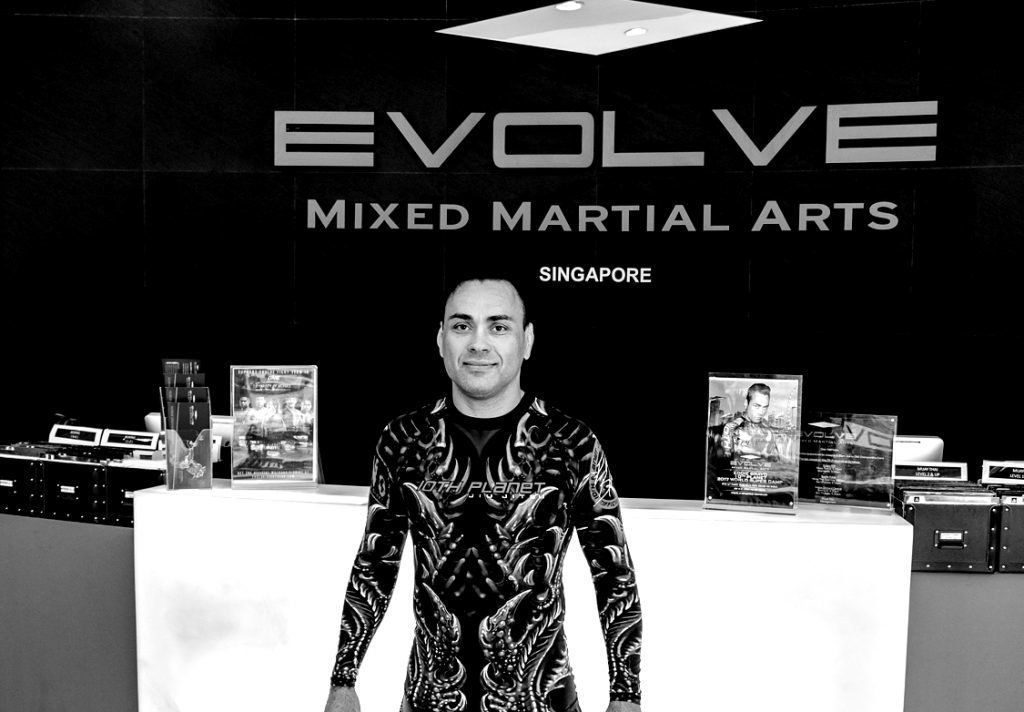 EV: What’s your advice for someone who trains mostly in the gi and decides to do 10th Planet? What are the things they should know about 10th Planet?

There’s not going to be any handles to hold on to. You need to learn how to control people with over and underhooks and head and arm control. No tug of war with clothes. It’s just like wrestling.

EV: And finally, the question everyone’s been dying to ask: why are you always wearing pants?

I don’t like mixing other people’s man grease with my man grease. It’s cleaner.