It’s no secret that Singapore is a thriving metropolis. After all, it has been listed as one of the most modern cities in the world. Today, the “lion city” is filled with state-of-the-art contemporary architecture and offers endless retail and dining options – for all you foodies and shopaholics! What’s more, Singapore also has many attractions and parks, so there’s definitely something for everyone.

For those who wish to take a break from the concrete jungle and catch a glimpse of what Singapore was like before it evolved into the modern city it is today, here’s the good news: there are several places around that can transport you back to olden-day Singapore! So you can discover what it was like for the locals, back in the past.

Ready to time travel? Today, Evolve Vacation shares 6 Nostalgic Places In Singapore That Will Take You Back In Time:

Before supermarkets took over, Singapore was peppered with mama shops – which stocked snacks, groceries, household goods and other knick-knacks. Back in the past, these mama shops were a hit with children, who would drop by to pick up their favorite snacks after school.

Although most of Singapore’s mama shops have ceased operation due to competition from supermarkets, you can still find some of the smaller ones at void decks of older housing estates – like Redhill – or check out the bigger one at Penang Road. One thing you might notice is the old school price tags, instead of barcodes, on the items you wish to purchase. And the owners use a calculator to add up the cost of your items! Talk about going back in time…

Before Singapore became the modern city it is today, people lived in kampongs, which are basically traditional villages. Today, these kampongs have been replaced by more developed, urban housing estates. Although most kampongs are gone, you can still see what kampong life is like – by making a trip to Kampong Lorong Buangkok, Singapore’s last surviving kampong.

Located off Yio Chu Kang Road, you’ll have to follow Gerald Drive until you spot a handwritten sign that shows you how to get to Kampong Lorong Buangkok. When you’re there, expect to be greeted by open spaces with dogs and chickens roaming, as well as old houses with zinc roofs. Of course, be respectful of those who have lived in this area as you explore it! Want to have a taste of old school Singaporean snacks? Then look no further than Biscuit King! With over 75 different types of traditional biscuits, you’ll be spoilt for choice when it comes to deciding which ones to sample and/or take home. Apart from snacks, this store also stocks sweets and card games that local children used to play, before technology took over. When you step into Cafe Colbar – short for Colonial Bar – you’ll be transported into another era. From the old photos on the wall to the concrete floor and old fashioned furniture, this rustic cafe stays true to the way it was back when it used to be an old mess hall for British soldiers back when Singapore was a British colony.

Expect to munch on various dishes that used to be served to the locals and British soldiers, such as fried rice, hor fun, and sausages and eggs, among others. If you read up about Singapore’s history, you might have chanced upon the Battle of Pasir Panjang – where the Malay Regiment bravely fought against the Japanese army during World War II, to prevent them from infiltrating the area, despite being vastly outnumbered. Unfortunately, this didn’t end well for them. However, Bukit Chandu has since been transformed from a battle ground to a World War II interpretive center.

For those who wish to immerse in Singapore’s heritage, make a trip to Reflections at Bukit Chandu and learn more about past heroes and find out more about Singapore’s journey to becoming the country she is today. Do note that it’s closed on Mondays though! 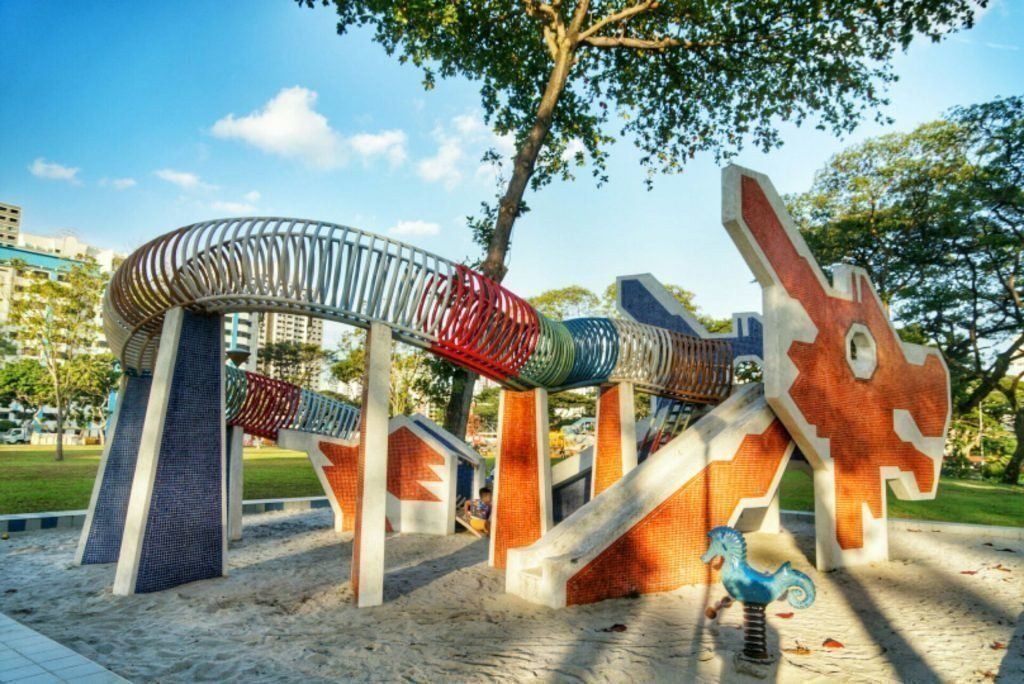 If you’re on vacation with kids, or wish to unleash your inner child, then why not have a fun-filled afternoon at the Toa Payoh Dragon Playground! Besides being one of Singapore’s oldest playgrounds, the Toa Payoh Dragon Playground is the only one in Singapore to be housed in a sand-box (other playgrounds are built on rubber mats)! In 2013, this playground was listed by New York culture blog flavorwire.com as 1 of 15 amazing playgrounds from all over the world – so we think it’s totally worth visiting.

The Jab: Boxing’s Most Important Punch

In boxing, no means of attack is quite as effective as the trusty jab.It’s a simple strike to perform and it opens the door for further shots, making it the most important punch in a…