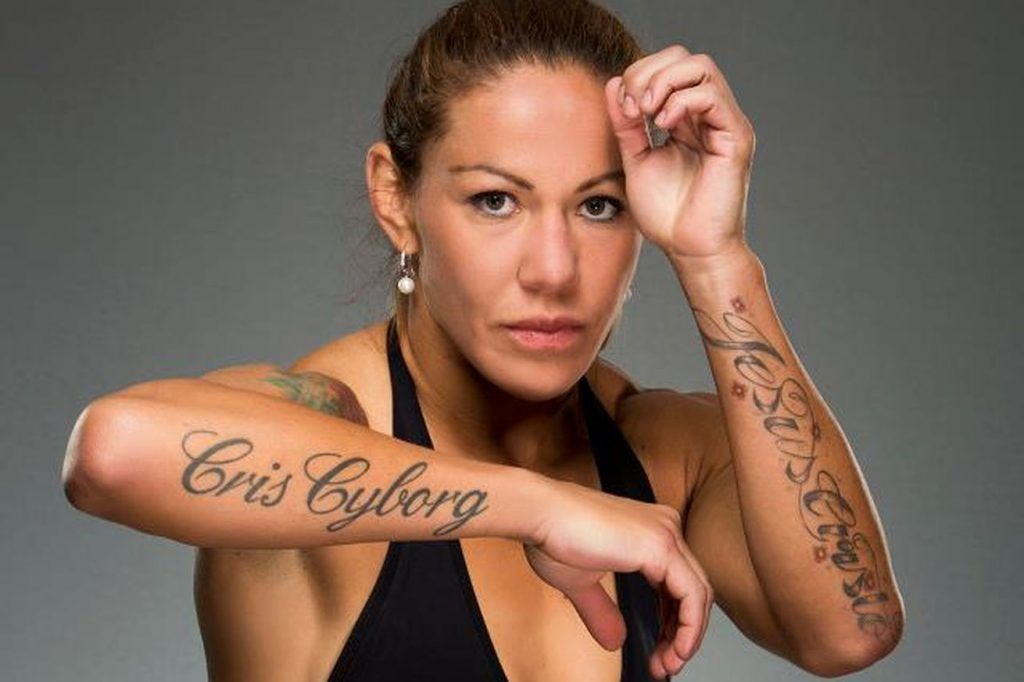 With over a decade of fight experience, UFC Superstar Cris Cyborg is no stranger to the cage. The Brazilian mixed martial artist is the current Invicta FC World Featherweight Champion and has been signed with the UFC since last year. Of her 18 MMA fights, she has won 16 – of which, 14 were by knockout. She currently lives in San Diego, where she trains and teaches at The Arena.

Want to find out more about Cris Cyborg’s journey? Today, Evolve Vacation speaks to her about her biggest accomplishments, challenges and more. Psst! She also dishes out some great advice for all you martial artists out there!

How and why did you start martial arts?

I started training Muay Thai after getting recruited by one of the Chute Boxe black belts. I was already a national level handball player in Brazil, and he felt I would be able to transition to professional fighting with my natural athletic ability.

I love the time spent in the gym. I love learning, evolving, developing, constantly pushing my body to achieve new peaks and pushing my conditioning and strength through the valleys. I love how martial arts is not just physical and mental, but also the fact that there is a spiritual side behind it. 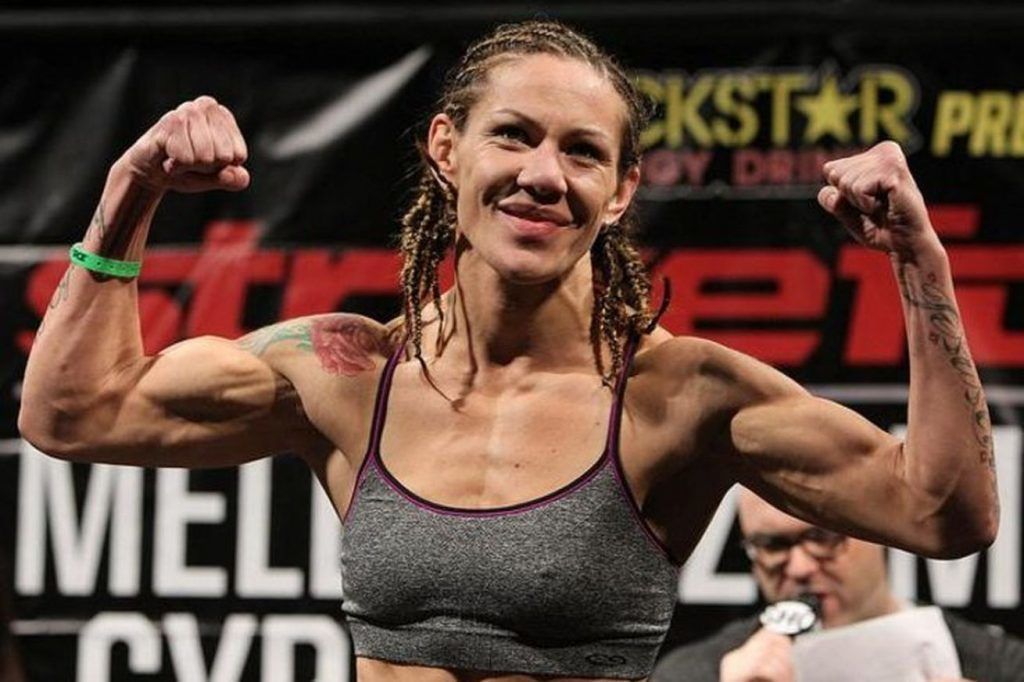 What do you consider your biggest martial arts accomplishment and why?

I have many career achievements, so it is hard to just point out one. Fighting at UFC 198 in front of 50,000 fans was a memorable moment in my career. When I fought Gina Carano, it was the first time females had ever been the main event in North American MMA. I would say my biggest accomplishment would be between those two moments currently.

Looking back on your martial arts journey, if there’s anything you could’ve done differently, what would it be?

I have loved every step of my journey. Every mistake I made has brought me closer to becoming a more complete athlete and martial artist. I learn, stay humble, and improve.

What do you believe are the main benefits of training martial arts?

There are so many benefits to martial arts training. Besides competition, it is a great workout that makes it easy to stay in shape, helps build confidence, and gives people practical self defense skills at the same time. 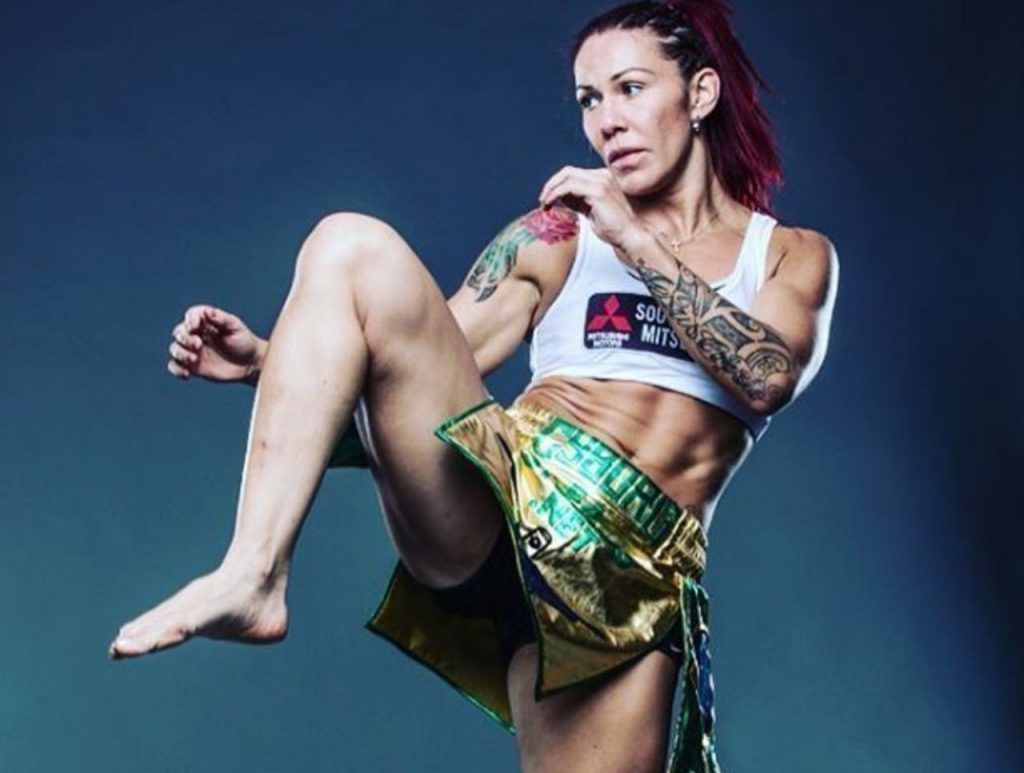 What advice would you give to someone beginning their martial arts journey?

Enjoy the process, realize that most people are not going to make a career out of fighting, or even teaching others how to fight. Make it an activity that you enjoy doing and focus your energy on having fun. Before you know it, your skills will naturally start to improve.

I am a big fan of the old PRIDE FC guys, Wanderlei, Fedor, Noguiera… Nowadays the fighters are not the same pedigree. I enjoy watching Joanna Jedrzejczyk, the UFC 115 lbs champion, and I think Nick and Nate Diaz are always entertaining. I don’t watch many fights so I do not know many of the athletes. 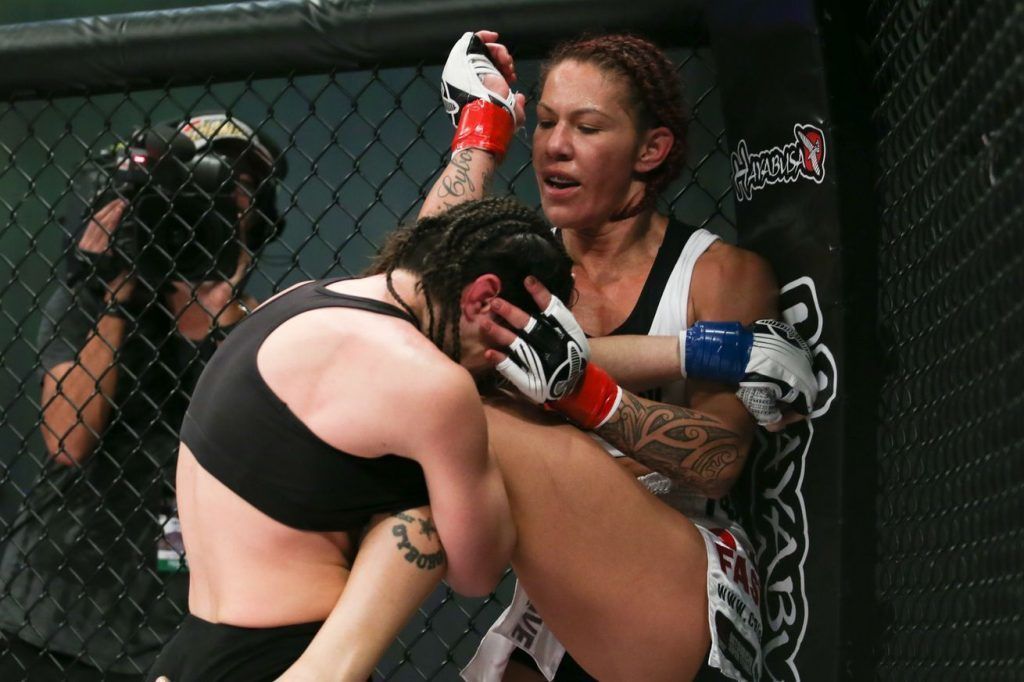 Outside of MMA you have also competed at some of the highest levels in other martial arts such as Muay Thai and BJJ. Do you plan on competing in multiple disciplines in the future?

There is a girl in Norway called Cecilia Braekhus who has talked about wanting to set up a boxing fight between the two of us. I have told my coaches I would love the opportunity to step into the ring with one of the greatest boxers of all time, and we are hopeful the opportunity will present itself in 2017.

You’ve been known as one of the most dominant women in MMA but you’ve only just joined the UFC. Did you feel that it was necessary to be in the UFC to cement your legacy in the sport?

No. People knew who I was before the UFC and people will know who I am after. The UFC is a promoter and they do the best job of that in MMA. I think now that I am in the UFC, my mainstream popularity will continue to increase, but even without the UFC’s help, the Cris Cyborg brand has grown to one of the strongest in the sport, with most of my social media platforms comparable or higher than several of the current UFC champions. You stated that you’ll be facing Lina Lansberg, a newcomer to the UFC, this September. Why do you think that you’re being given these newcomers instead of top names like Miesha Tate or Amanda Nunes?

Lina Lansberg is a #4 ranked prospect at 145 lbs. I have no idea why they are giving me fighters in my own weight class for a catchweight fight, but all I can do is accept the opponents they are offering me. I would love a fight with Miesha, Holly, or Ronda but it takes two people to sign a contract and I cannot make 135 without compromising my health.

Do you have any future plans? Where do you see yourself in 10 years’ time?

I will eventually leave fighting for a period to start a family. 10 years is a long time and realistically I could still be fighting. I am not sure what the future will bring, but probably more traveling, more training, and hopefully a UFC championship belt.

The Jab: Boxing’s Most Important Punch

In boxing, no means of attack is quite as effective as the trusty jab.It’s a simple strike to perform and it opens the door for further shots, making it the most important punch in a…