7 Awesome Things To Do In Chinatown Looking for something to do this weekend? Look no further than Singapore’s Chinatown, one of the most vibrant neighborhoods in the country!

A unique neighborhood located within the district of Outram with distinctive Chinese cultural elements and a historically concentrated ethnic population, Chinatown has become one of the hottest spots in Singapore.

Today’s Chinatown is a great mix of old and new – traditional shops and markets mixed in with cafes and hipster boutiques. There’s no reason why you shouldn’t stop by Chinatown.

Here’s Evolve Vacation’s pick of 7of the most awesome things to do in Chinatown: They say you haven’t lived till you’ve tried Hainanese Chicken Rice – and what better place to try it than Maxwell Food Centre, just a few minutes walk from Chinatown. Check out the renowned Tian Tian Chicken Rice (#01-10). If you can’t stand the queue, try the rice congee at Zhen Zhen Porridge (#01-54) or Marina South Delicious Food (#01-35) for some char kway teow, flat rice noodles fried with soy sauce, chili, cockles and eggs.

Alternatively, you can check out the Chinatown Food Street on Smith, where you can have your pick of any Singaporean hawker dish your heart desires.

2) Get a traditional foot massage. If you’re a sucker for pain or just plain tired from all that shopping, sit down and relax on an easy chair while someone kneads the stress away. Bath Culture Foot Therapy (59 Smith Street) is known for its ambience and their masseuses, who know exactly which spots to hit.

We suggest telling them how much pressure you want beforehand – if you’ve never had a traditional foot massage, you might just get the shock of your life. Check out Gem Bar (10 Ann Siang Hill) for their take on traditional cocktails, spicing it up with some local flavor. 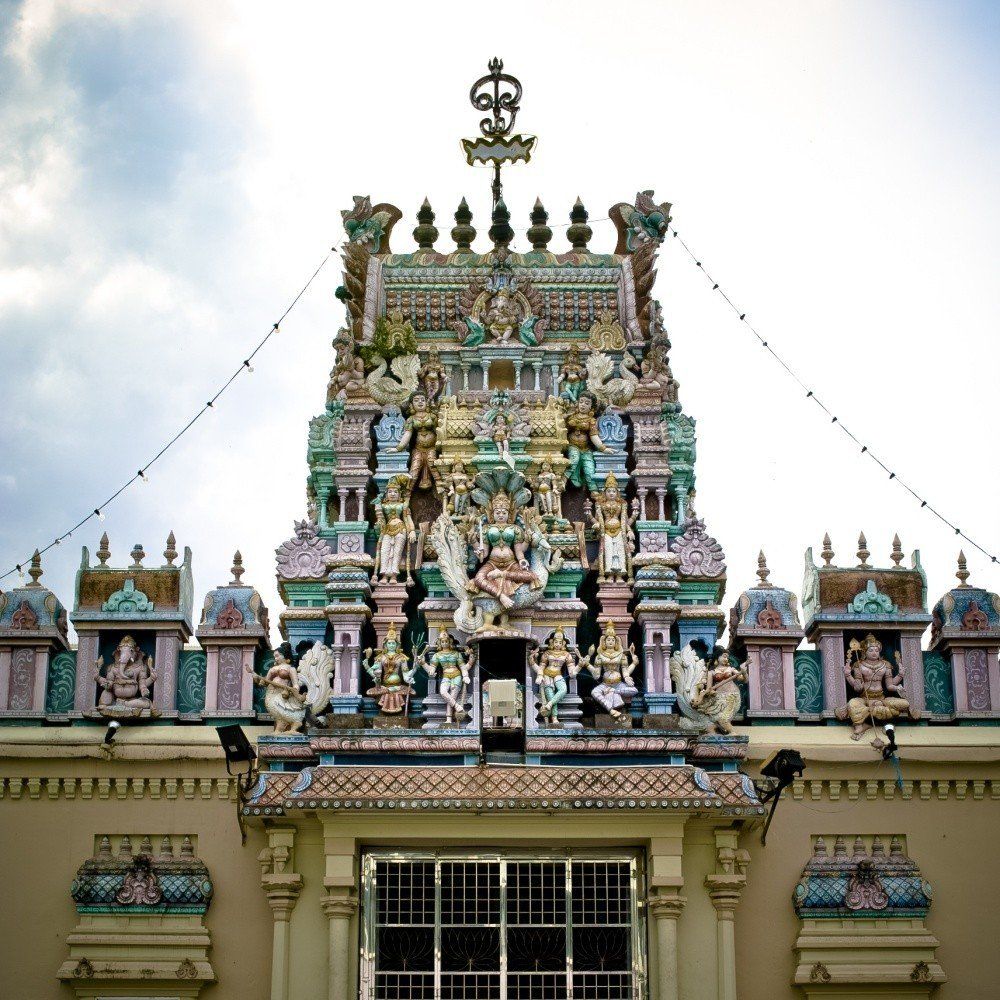 Chinatown is home to many places of worship, a true representation of the cultural melting pot that is Singapore. Among them are Indian Hindu temples, an Indian Muslim Mosque, a Methodist Church, a Durgha Shrine, a Malaysian Muslim Mosque and several different Chinese Buddhist temples. The most popular picks however are the Buddha Tooth Relic Temple and Museum (288 South Bridge Road), Sri Mariamman Temple (244 South Bridge Road), and the Thian Hock Keng Temple (158 Telok Ayer Street). If you’re interested in visiting any of these places, be sure to check protocol first.

To get an idea of how Singapore’s Chinatown came to be, check out the Chinatown Heritage Center (48 Pagoda Street). With thousands of memorabilia dedicated to the history of old Chinatown, you’ll also learn more about Singapore and its development.

If you have time, head on over to Neil Road and check out Baba House (157 Neil Road), a 19th century shipping tycoon’s house turned museum that is dedicated to Peranakan Culture. You can’t miss it – it’s the only blue house in the neighborhood! 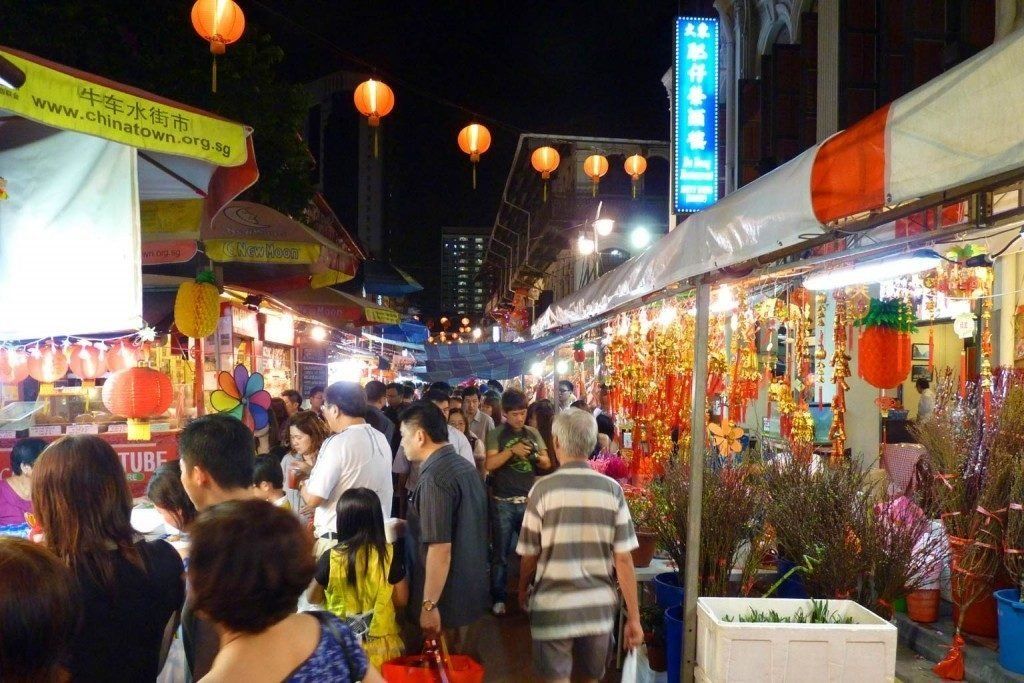 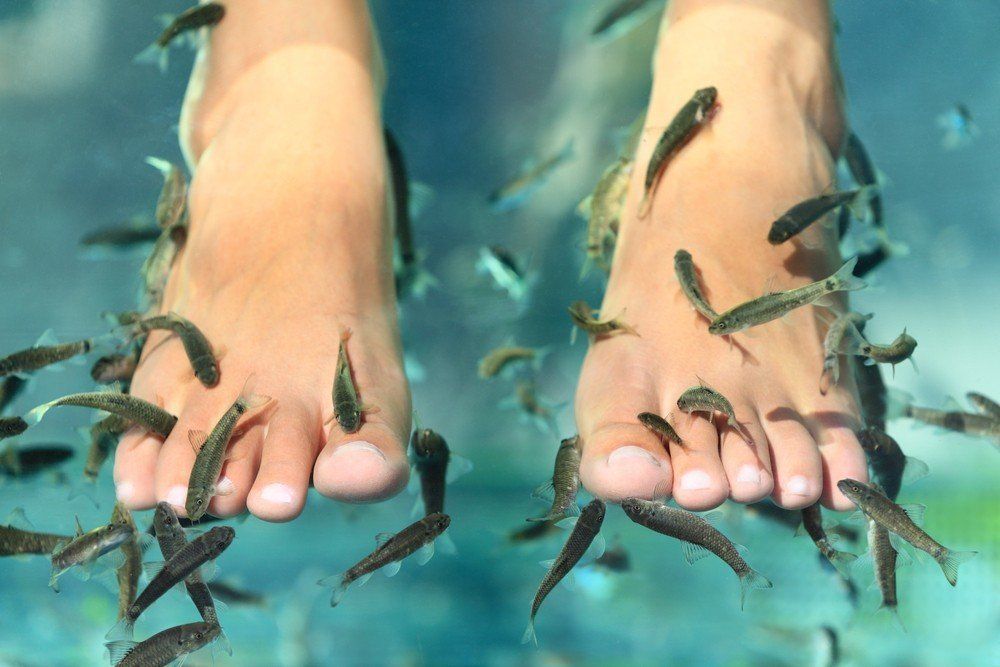 If you’re concerned about calluses, dry and dead skin, look no further than a fish spa. For a minimum of 15 minutes, you can have the pleasure of Garra Ruffa (doctor fish) nibbling away at all that unwanted skin.

The trickiest part, however, is getting your feet in the tank – especially if you’re ticklish. As the fish nibble away, you’ll feel a slight vibrating sensation that’s both relaxing and extremely unusual at the same time. Feeling brave enough to try a fish spa? Head on over to Kenko Reflexology and Fish Spa (133 New Bridge Road) to satiate your curiosity once and for all!

Feeling adventurous? Why not spend an hour training with some of the most decorated World Champions at Evolve Mixed Martial Arts, Asia’s top martial arts organization. Try Brazilian Jiu-Jitsu, Muay Thai, Boxing, Wrestling or even Mixed Martial arts – the choice is yours!

With top-notch, state-of-the-art facilities, you won’t find a martial arts gym like Evolve anywhere in the world. And if you’re in the area, you’re in luck – Evolve MMA’s biggest location is in Chinatown (26 China Street) ! 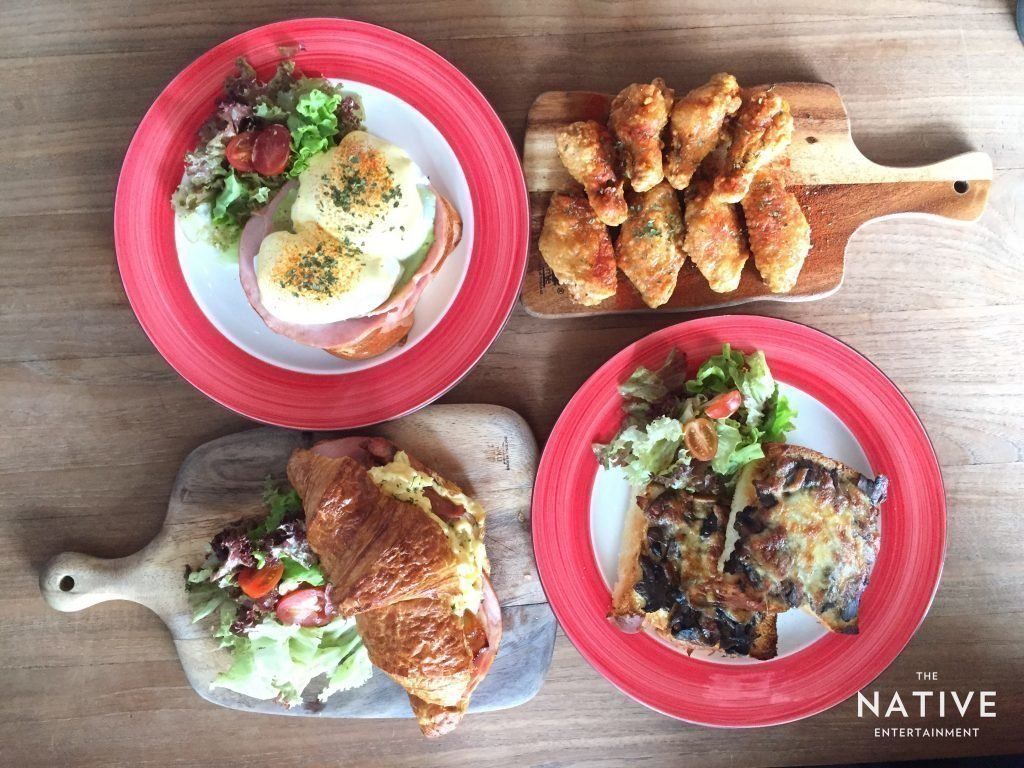 Thinking of having a peaceful afternoon brunch at a cafe but afraid of ending the meal by paying more than expected due to GST and service charge? Well, the good news is that your brunch… 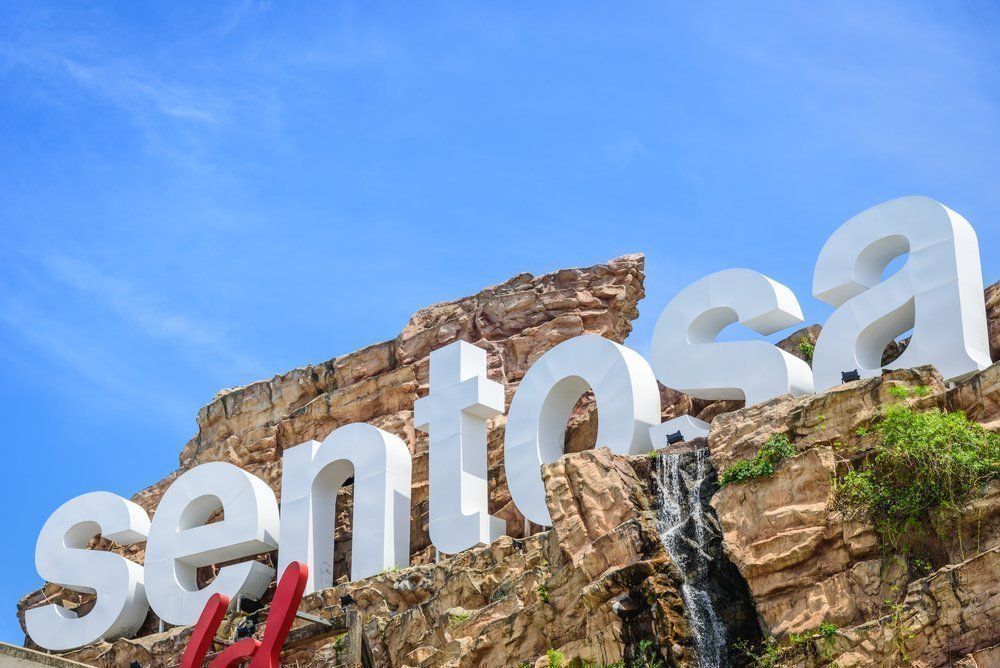 WATCH: 7 Things You Must Do In Sentosa (Videos)

If you’re looking for an easy way to escape all the hustle and bustle of the CBD, don’t worry. All you have to do is hop on a train or taxi and head on over… 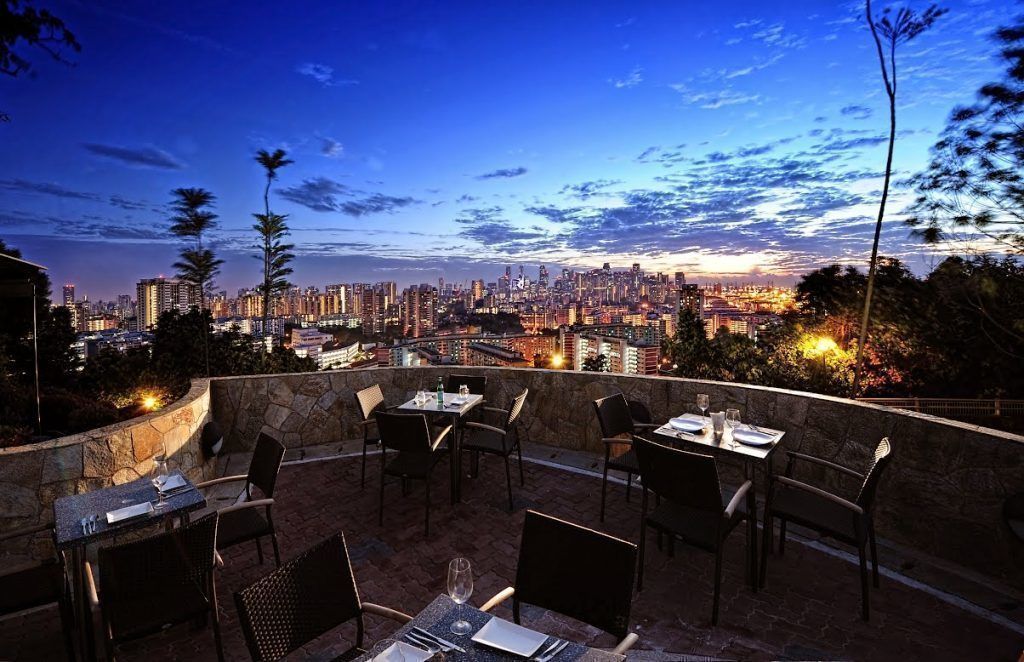 8 Restaurants With A View In Singapore

Whether it’s a romantic dinner with your sweetheart or a celebration with your best buddies, one thing’s for sure – you want to pick a nice place to spend the evening. After all, it sets… 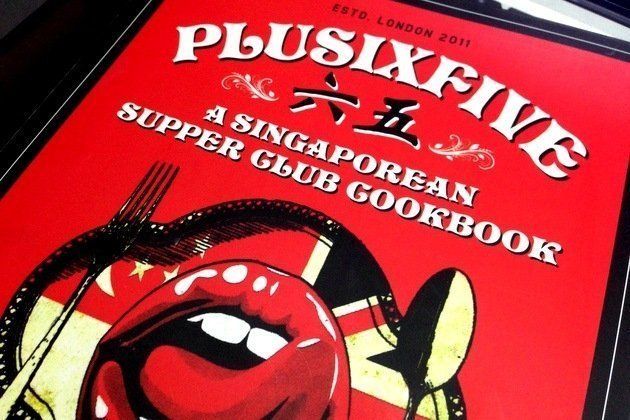 Put Down That Keychain And Bring Home These Souvenirs From Singapore Instead!

Are you heading back home from Singapore but don’t want to leave empty handed? Instead of hightailing it to Chinatown or the nearest 7-11 for a typical magnet or mug with “I Love Singapore” emblazoned… 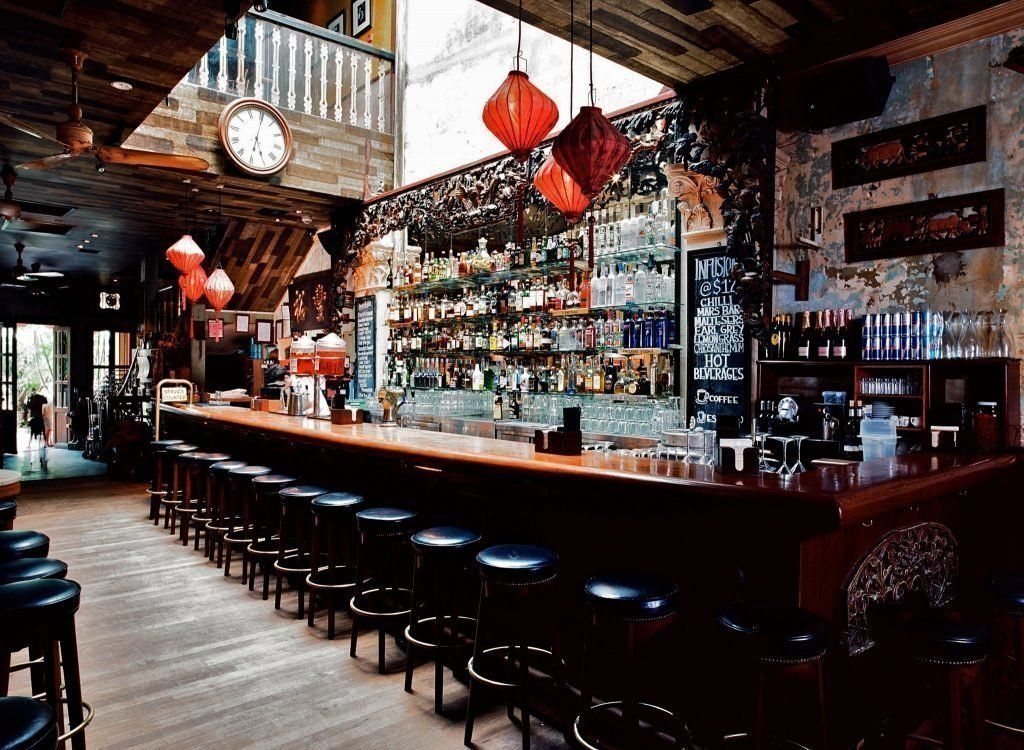 As they say, it’s always happy hour somewhere in the world. Fortunately, Singapore isn’t an exception to the rule. That means you don’t have to spend like a baller to drink to your heart’s content!… 5 Best Buffets In Singapore That Don’t Cost A Bomb

Since you’re on vacation, you deserve to have at least one nice meal where you eat to your heart’s content. After all, we’re pretty sure you’d be training hard if you’re in Singapore for your…